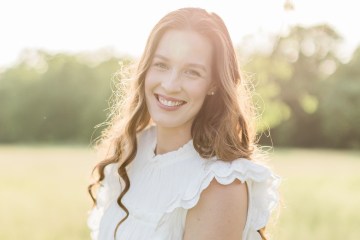 THERE has been a five-fold increase in great white shark sightings off the Californian coast in recent years, data reveals.

Marine experts have said that apex predators do not pose an increased risk to humans – despite the spike.

Californian lifeguards said the population of great whites has increased by five times between 2017 and 2021, the San Diego Reader revealed.

They revealed that nearly all of the sightings were youngsters.

Stanford University professor Barbara Block estimated there were around 219 adult and juvenile great whites off the state’s central coast around 12 years ago.

And, George Burgess, who was formerly the director of the Florida Program for Shark Research, predicted there were around 2,000 great whites across the California coastline.

Chris Lowe, a professor in marine biology, says southern California is their nursery and San Diego has become a hotspot for the beasts.

He revealed that great whites like to occupy near-shore and offshore environments and juveniles, in particular, like to eat sting rays.

Lowe also revealed that the beasts “don’t seem to pay much attention” to people as they tend to “ignore them”.

Love Island fans all have same complaint about Gemma

He said: “I really don’t think people need to be scared, but they do need to exercise good judgment.”

Experts say that the hotspots for sharks across the Californian coastline have changed.

In 2015, Long Beach was a hotspot, but tagging data revealed that there was a large uptick in sightings in Santa Barbara and San Diego in 2020.

Photographer Carlos Guana was left stunned when he captured footage of a pregnant great white swimming off the Californian coastline, Newsweek revealed.

He said: “No matter how big the females get, they are hard to spot. When searching for them, I can see why.

“They are incredibly adept at hiding themselves mainly due to their coloration which makes them difficult to see from above and below.”

Surfer Tomas Butterfield was killed by a great white on Christmas Eve.

He had been visiting his mom in California when the fatal attack happened off the coast of Morro Strand State Beach.

Butterfield’s uncle, Grant, described his nephew’s death as a “terrible loss” in an interview with the Los Angeles Times.

A woman had spotted a bodyboard “bobbing” in the water nearing a surfing spot and paddled towards it.

The woman saw a leash tied to the board and tugged on it before making the grim discovery.

She then grabbed Butterfield by his swim fins and hurled his body back to the shore.

It’s not known if any beachgoers witnessed the fatal attack.

In August 2015, Elinor Dempsey, 54, was unscathed when a great white bit through her board while she was surfing – just north of Morro Bay.

Dempsey was left with a 14-inch wide bite in the board.

There have been several great white shark sightings off the East Coast this year.

Fisherman Jim Piazza came face to face with a 12ft great white while shark while sailing off the southern coast of New Jersey.

And, three great whites were snapped feasting on a dead whale carcass just off the coast of Nantucket, Massachusetts on June 1.