Showing posts from May, 2017
Show All

Why No Deal is the only way forward 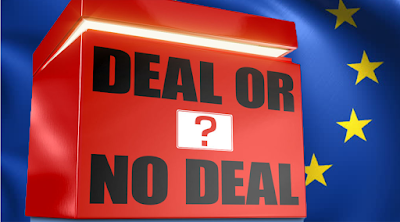 With her local policies causing nothing but problems for Prime Minister Theresa May, she’s turned attention back to Brexit to bolster support. But now her opposition has sanctioned Brexit too. Jeremy Corbyn promises to get a deal with the EU. May still says no deal is better than a bad deal. The confusing aspect of all this is that the maths is very simple. Assuming we take the Brexit route, there are two options. A Brexit with and without a deal. We know what a Brexit without a deal looks like. Britain reverts to World Trade Organisation (WTO) rules. The EU, under WTO rules, is a nasty place to export to. It has high tariffs and restrictive rules. But much of the rest of the world is not as anti-trade under WTO rules. And with free trade agreements, huge gains for trade could be made which EU membership was hindering. Trade in the rest of the world is growing fast. The point is that the outcome of a Brexit without a deal is fairly predictable, at least in terms of the frameworks we fa
5 comments
Read more

Tony Blair to make a comeback 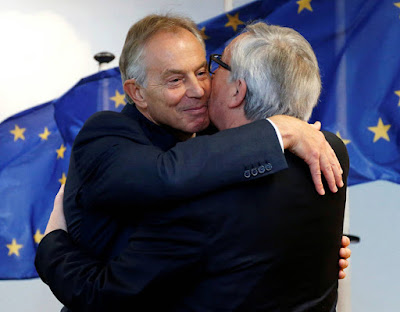 Sneering ex-PM Tony Blair who is well known to have made £millions from his loyalty to the EU is trying to make a come back to front line British politics. During his time as British Prime Minister, Tony Blair was responsible for selling out Britain to the EU. It is also reported that he is now worth over £100m putting him firmly in the first class carriage of the so called EU Gravy Train. Blair who is In league with the likes of Richard Branson and Gina Miller has made it clear that the democratic result of the EU referendum should be overturned and the majority of people who voted Leave should simply be ignored. Recently Neo-Liberal Blair, who created of New Labour and then destroyed it with his invasion of Iraq indicated that he was considering campaigning along with Tim Farron and the Anti-war pro-EU LibDem party.  Now that will help the LibDem cause won't it! More from the Mail Leave your comment below. visit our advertiser to support Brexit News
Post a comment
Read more
More posts