Showing posts from April, 2017
Show All

LibDem Ploy to win over Labour Leave voters with a Brexit Lie. 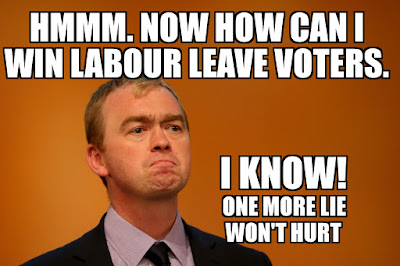 Tim Farron must think we are all totally and utterly stupid. Staunch EUrophile, LibDem, Tim Farron thinks he has sussed out a way of winning Labour voters who are anti-Corbyn Brexiteers but would never vote Tory in a million years. Shocking the Nation. Tim now claim to be a Europsceptic! Some things never change with LibDems. As usual they will say anything to win votes from anywhere they can get them. This is proof that the LibDems don't care about the EU at all. All they care about is winning Council seats and the odd MP. LibDems are self serving ladder climbers. That is all they are! You cannot trust the LibDems. REMEMBER TIM HAS BEEN PLOTTING WITH TONY BLAIR. IT WOULDN'T BE FAR FETCHED TO IMAGINE THAT THIS APPARENT U-TURN HAD BEEN THOUGHT UP BY BLAIR'S SPINDOCTORS! Then again, the LibDems are more than capable of spinning a yarn all by themselves. What is it LibDems like to say? "There is no one more stupid than the electorate" The Lib Dem leader making an a
Post a comment
Read more 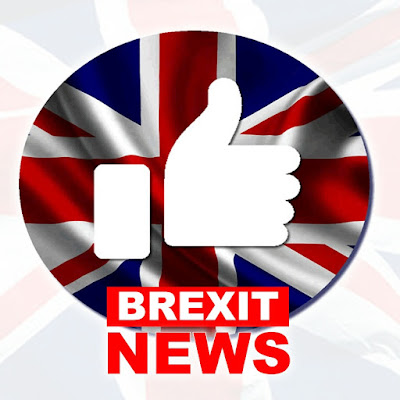 BREXIT News Mobile app for Android is now available for free download directly from the Google Play Store.  Already being used by thousands of users every day, the App has been downloaded over 5000 times. The app is 100% stable and works on all Android phones and tablets. It runs seamlessly on all Galaxy smartphones including the new Galaxy S 8.  Get the latest Brexit News on your phone as it happens. Share direct from the app. Be the first to hear about breaking Brexit stories as they happen. DOWNLOAD HERE Download the Brexit News App to your Smart phone or Tablet totally Free 1, Open Google play store 2, Search Brexit... Posted by Brexit News on  Tuesday, 10 January 2017
Post a comment
Read more 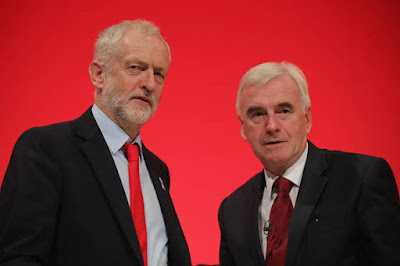 Is Blair about to jump in Farron's Bed? 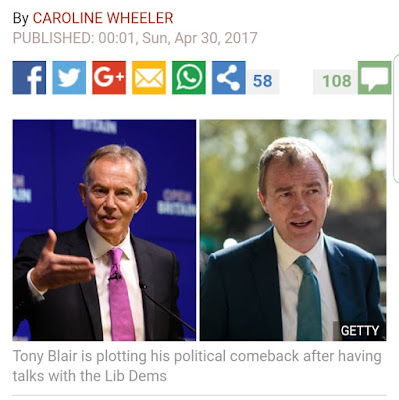 Does Tony Blair see the LibDems as the only way to kill off Brexit? Desperate Tony Blair plotting Pro-European comeback with the Lib Dems over hard Brexit TONY BLAIR is plotting his political comeback 20 years on from Labour’s historic landslide election victory. With none other than Tim Dim and the Limp Dems. Read all about it here Have your say on Blair and the LibDems in the comment section below. Remember to visit our Advertisers and support Brexit News.
Post a comment
Read more 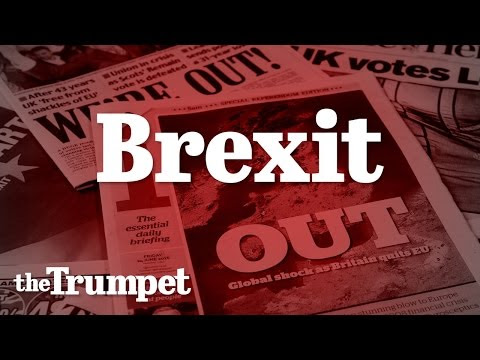 What’s the EU without the UK? 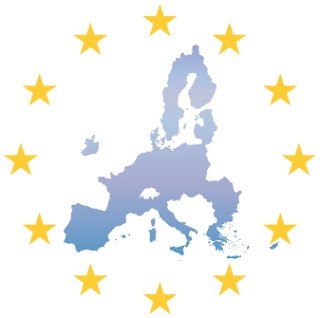 The EU is struggling with a long list of problems. It’s dramatically weaker without the UK. If Brexit unshackles Britain and we make decent policy with decent results, the future of Europe is something you should worry about. Europeans face a stark choice between dismantling much of the EU dream and becoming more like the UK, or it could face a series of exits from other EU members. The EU failing might seem like a vindication of Brexit. But the typical continental political leader who would lead that charge is no Daniel Hannan, Boris Johnson, Theresa May or Nigel Farage.  The EU would devolve into a nationalism that is protectionist and dangerous to economic and political stability. Including ours. Britain might seek to be pro-trade upon leaving the EU. But there’s no guarantee that the EU and its member states will respond in kind. They certainly haven’t so far.  Angela Merkel’s recent speech to the EU is cause for concern. But she has her own issues to be concerned about now the U
Post a comment
Read more

What if Brexit is too successful? 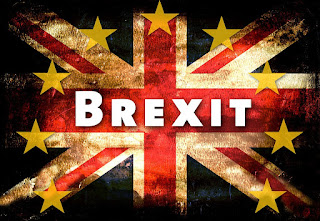 Brexit is embarrassingly successful so far. Since the vote, Britain’s stockmarkets have surged. Its politics is unifying for the coming election, according to polls. And now new figures are in on the all-important foreign direct investment (FDI). FDI measures real physical investments made by foreign companies into Britain. Not just the financial side. It means jobs, productivity growth and often trade for British people. So what did the numbers tell us? British FDI surged in 2016 according to the OECD. We haven’t hit the heights seen before the financial crisis of 2008, but those were the days of the bubble.  These days we’re leaving the EU, which is supposed to be a disaster. But the UK accounted for the bulk of the FDI increase for the EU and we’re second only to the US. A few major deals represented much of the increase, but even without them we did well. AB InBev bought SABMiller, Shell bought BG Group, and Softbank bought ARM Holdings. The deals went ahead despite Brexit. And th
Post a comment
Read more 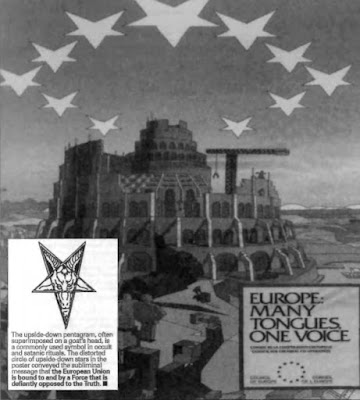 Read the late Christopher Story's famous book that seems to have all been lost due to pro-EU censorship. Not anymore. To get your copy of this earth shattering insight into the truth, follow the instructions below.  1, Please visit one of our Advertisers on this page. 2, Download and read from the following link. https://www.google.co.uk/url?sa=t&source=web&rct=j&url=http://www.aim.org/wp-content/uploads/2016/06/eu-collective-by-Christopher-Story1.pdf&ved=0ahUKEwijrMG4xsLTAhXpA8AKHbpgBTIQFggwMAU&usg=AFQjCNFaEeWdrZBq4D0Q93zScaKPMlyqjQ&sig2=vd28j4BVd5Ccio37mts1-w
Post a comment
Read more

Why does Farron, Clegg, Sturgeon and now Corbyn love the EU 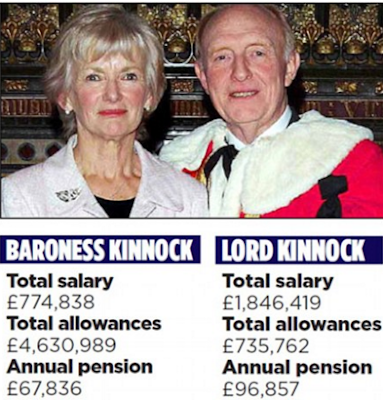 Have you ever noticed how it is mostly the failed politicians who love the EU so much? The likes of Clegg, Farron, Sturgeon, That Welsh woman who no one remembers her name, the Green party and more.  Corbyn who like Clegg was once Anti-EU now seem to be Pro-EU wanting to spread the love of the European project to us all. Maybe, just maybe they are less interested in the EU project and more interested in the money! Who remembers Neil Kinnock, failed Labour party leader and windbag? What happened to him after he failed to win and became a failed has been? Well he made over £10million by turning his back on his euroscepticism and proudly accepting the job of an EU Commissioner. Read this There is no rocket science needed here.  Blair saw for himself how to milk the cash machine and sold out Britain for a piece of slush fund. Christopher Story told of how Blair was paid $100m into a Belize account for ensuring there was no UK referendum on the Lisbon Treaty. Read more This was the treaty
Post a comment
Read more 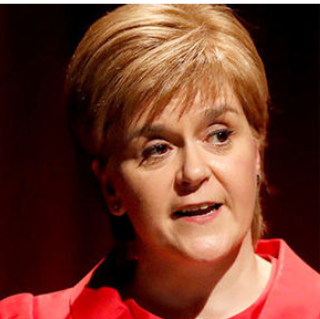 NICOLA Sturgeon was humiliated today after senior SNP MPs backed an election pledge which would prevent an independent Scotland rejoining the EU Full story here That must hurt wee Jimmy who had his heart set in some of that EU gravy. Never mind comment below. DOWNLOAD THE BREXIT NEWS APP  for Android.
Post a comment
Read more

Theresa May wants an election in June. So we’re going back to the polls once more. In true EU style, the rejection of the EU in the referendum wasn’t clear enough. Please vote again… It might seem like this time is different. When other nations rejected the EU, they were asked to vote again in an attempt to force consent. But in the UK, the predicted bigger Conservative majority means a more likely Brexit, not less. But this is a ruse. Brexit is in trouble. Just ask financial markets, they know. Last year the Brexit referendum vote popped the stockmarket and sunk the pound. This time around it’s the opposite. The FTSE 100 fell 2.5%, erasing the gains of 2017, but barely denting the 20% gains since the Brexit vote. The pound surged two cents against the dollar. Why was the reaction to the coming election the opposite to the referendum if the election means a more certain Brexit? Because May is positioning herself for a compromise with the EU. And when it comes to politics, compromise me
9 comments
Read more

SHOCK - Your tax money given to North Korea as foreign aid. 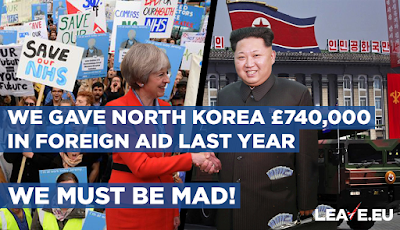 Last year our government gave £740k to a regime that has threatened to wipe us out! This madness must stop. Read full statement here Comment below
Post a comment
Read more 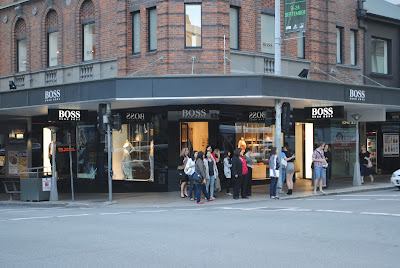 Hugo Boss blames slimmer profits on Brexit. Upmarket clothing retailer Hugo Boss said a tough retail market and the EU referendum result contributed to a drop in UK profits last year. However they are still in profit so what is their problem?  Just another brand trying to attract attention by cashing in on the Brexit hype? I know which brand of pants I won't be buying from now on! Perhaps if these and other brands / retailers kept out of politics, they wouldn't alienate half of their customers More on this story Comment on this below.
Post a comment
Read more 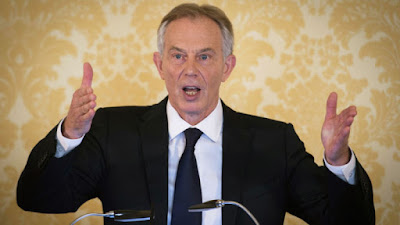 Bid to prosecute Tony Blair over Iraq War 'to be blocked by Government' Sky news reports An attempt to prosecute Tony Blair over the Iraq War is to be blocked by Britain's top law officer, it has been claimed. Attorney General Jeremy Wright, who is a Cabinet minister, is reported to have formally asked to join the hearing and for the bid to prosecute Mr Blair and his senior ministers to be thrown out. Read the full story Sky News Discuss and Comment below Download the Brexit News app for more up to the minute Breaking news like this
6 comments
Read more

QUITTING BRITAIN: Germany’s secret plot to SNATCH London trade after Brexit REVEALED The UK Government is desperate to cling on to London’s reputation as one of Europe’s key financial hubs long after it quits the union. But some firms seem to have other ideas, threatening to ditch the British capital in a move to the continent. Now Finance Minister Wolfgang Schäuble has waded into the furore after he revealed his hopes of moving European Union banking supervision to Germany after the UK quits the Brussels bloc.   Read the whole story from The Express Here Comment below
1 comment
Read more 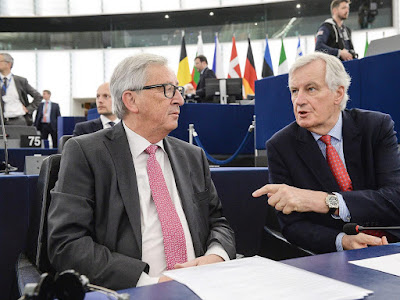 EU negotiator pushed to stop Theresa May withdrawing Article 50 before Brexit Chief EU negotiator Michel Barnier pushed for the EU to ensure the UK cannot pull back from the Article 50 Brexit process without the consent of other European countries. Mr Barnier successfully pressed for the European Parliament’s formal negotiating stance to include a line clarifying that Britain cannot halt the process without the approval of the 27 member states. It came amid concern that the UK may temporarily halt the two-year countdown to Brexit, started by the triggering of Article 50, in order to create more time to settle a deal. The Full Article from The Independent is here Does the EU actually think we want to cancel Brexit? Comment below
1 comment
Read more 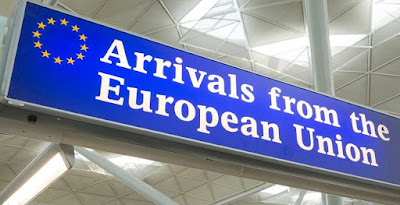 Eurosceptics believe ending EU payments after Brexit is more important than stopping free movement, a new poll has found in a warning shot to Theresa May. Leave voters asked to rate Brexit negotiating targets by importance put ending contributions into the EU budget above immigration controls. The Prime Minister has repeatedly declined to rule out paying the EU to securing some of the bloc’s advantages, saying only any amount will not be “vast”. The findings put pressure on Mrs May as she attempts to deliver on the Brexit vote while minimising economic disruption in two years of negotiations. All this according to the Telegraph See the full article What do you think? comment below
1 comment
Read more

David Cameron relaxes in Florida as Brexit fight continues David and Samantha Cameron have been sunning themselves on a beach in Florida as Theresa May's list of worldwide worries continues to grow. Read the whole story How does Dave look? Comment below!
1 comment
Read more

Farron and Boris in HUGE ROW 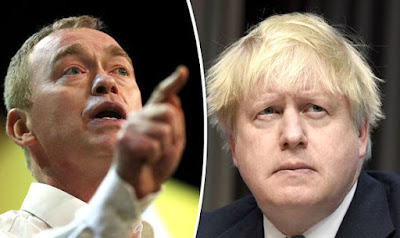 Farron and Boris in HUGE ROW after Lib Dem leader labels Johnson 'Washington POODLE' BORIS Johnson has become embroiled in a furious row with Tim Farron after the Foreign Secretary pulled out of a scheduled visit to Moscow, in the wake of US airstrikes on Syria. Read the full story
2 comments
Read more
More posts