Showing posts from June, 2019
Show All

In a swipe at Boris Johnson, he will say it is wrong to minimise concerns about the potential impact of leaving the EU without a trade agreement. * This article was originally published here
1 comment
Read more

Farage sends Brexit warning to Boris before taking major swipe 'How can we trust him?' 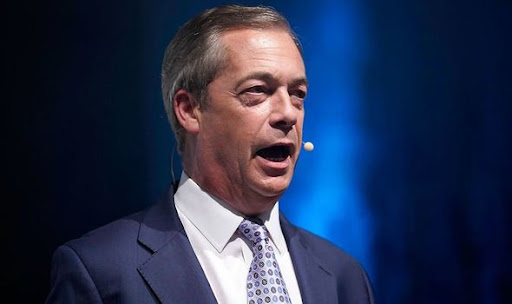 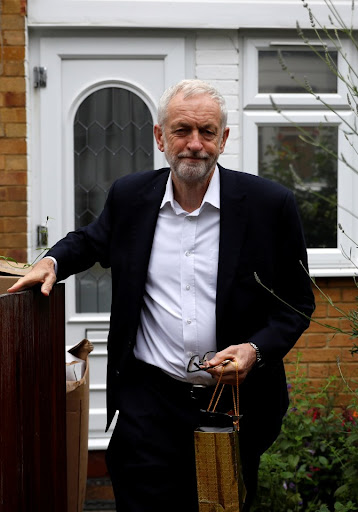 Remainer PM must NOT be allowed near Brexit ‘UNTHINKABLE’ - Express.co.uk poll results 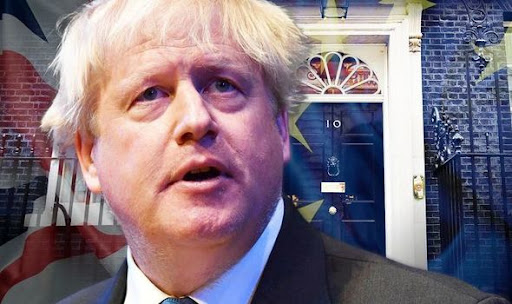 A REMAINER must not be allowed near future Brexit negotiations and the next Prime Minister must have voted to leave the EU in the 2016, Express.co.uk readers have demanded. Continued .... Read the full article Here
Post a comment
Read more 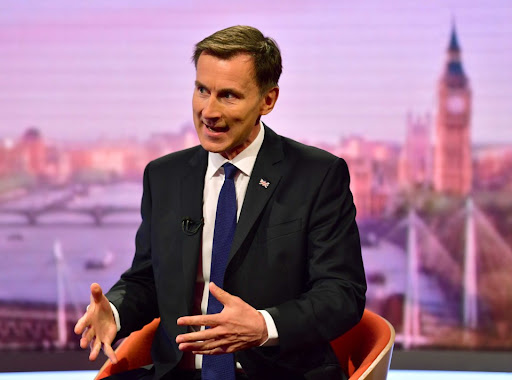 JEREMY HUNT faced a fresh Brexit backlash after refusing to commit to taking Britain out of the EU by the end of the year. It came as the Foreign Secretary prepared to woo Tory members with his biggest Hard Brexit message yet – by unveiling £20billion plans to bail out business hit by a cliff edge exit if he became Prime Minister. PA:Press Association Jeremy Hunt has faced backlash for dodging a question about committing to leaving the EU by the end of the year[/caption] Challenged once more about Boris’ do or die pledge to deliver Brexit by October 31, Mr Hunt repeated that it would be wrong to “rip up” a deal by that time if it required a “few more parliamentary days” to complete. But asked if he would commit to leaving by the end of the year, Mr Hunt ducked the question. He replied the best way of guaranteeing Britain leaves is to pick a PM who can “actually get us a deal that can get through Parliament.” Boris supporters leapt on the comments – accusing Mr Hunt of “kicking
2 comments
Read more

June 30, 2019
Only a credible non-cooperative strategy that cannot be blocked by either the EU or Parliament will get us out of the EU by 31st October 2019. And that strategy needs to be executed with ruthless conviction and commitment by the new Prime Minister . To demonstrate his support for Global Britain, his first trip abroad should be to the US to kick-start the UK-US Free Trade Agreement. As the largest ever list of candidates to offer themselves as the next British Prime Minister has been whittled down to the final two, it is clear that we are in grave danger of validating Einstein’s definition of insanity – doing the same thing over and over and expecting a different result. Between them, Boris Johnson and Jeremy Hunt have said that they will: renegotiate the Withdrawal Agreement (WA) and the backstop; leave the EU with a ‘deal’ on 31st October; and get parliamentary approval for their new improved deal. They both claim to be skilled negotiators, implying that this makes them ideally suit
Post a comment
Read more 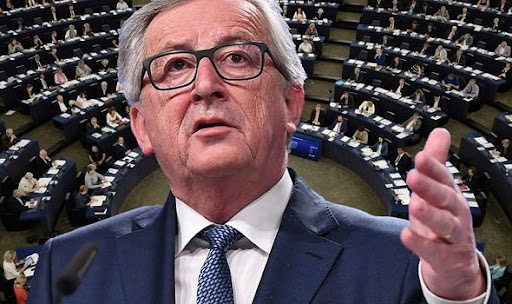 AN EU summit will gather European leaders in Brussels for talks decide who should get the EU’s top jobs. Who will get the jobs and how are the posts decided? Continued .... Read the full article Here
1 comment
Read more

Brexit Party vow to SHATTER Tories and be 'biggest party in Westminster' - step aside now! 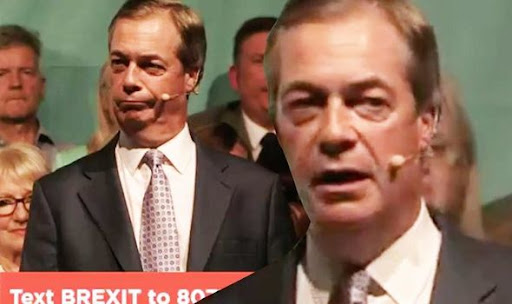 BREXIT Party leader Nigel Farage unveiled his first 100 candidates to stand in a general election at a 'Big Vision rally' where he warned his movement wants to become the "biggest party in Westminster". Continued .... Read the full article Here
Post a comment
Read more

Mr Farage also took a swipe at Tory leadership favourite Boris Johnson - likely to be the next prime minister, saying 'you can try if you want but I will not be put back in my box'. * This article was originally published here
Post a comment
Read more 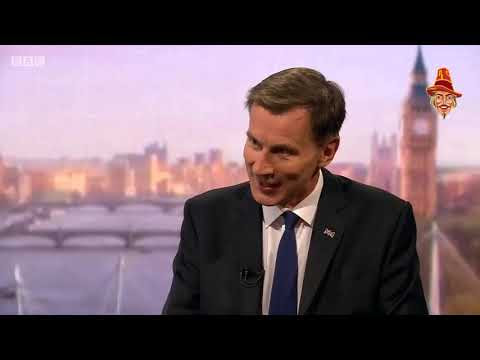 Marr declares that entrepreneurs “will lose their companies”  if no deal happens, before literally spluttering with incredulity as Hunt gives him a measured and thoughtful answer to his question. Not even pretending to be impartial… The post Marr Splutters as Hunt Says He Would Do No Deal “With a Heavy Heart” appeared first on Guido Fawkes . * This article was originally published here
1 comment
Read more 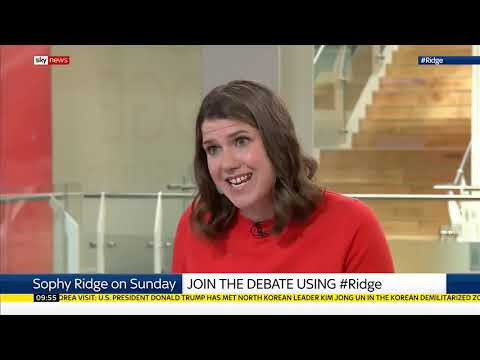 Jo Swinson’s in a bit of hot water after reports her campaign spammed a load of Lib Dem members with a mailshot when they’d specifically opted out of being contacted. No doubt the ICO will take this breach as seriously as if Brexiteers had done it… The post Jo Swinson Apologises for Mailshot Breach appeared first on Guido Fawkes . * This article was originally published here
1 comment
Read more 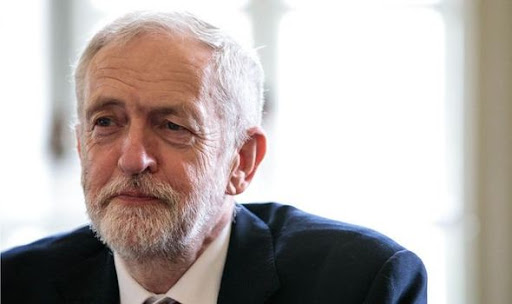 JEREMY CORBYN’S leadership of the Labour Party is at “its end of days”, a well placed source has told the Sunday Express. Continued .... Read the full article Here
1 comment
Read more

It came after the Sunday Times suggested the man who led Canada from 2006 to 2015 was among a slew of Brexit draft picks from both sides, including Jacob Rees-Mogg and Geoffrey Cox. * This article was originally published here
Post a comment
Read more

Boris back on top: Johnson leads in Tory leadership poll day after Hunt surged ahead 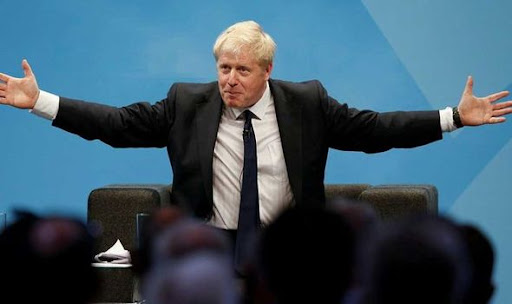 BORIS JOHNSON has re-affirmed his frontrunner status in the Tory leadership contest after the latest poll of Conservative voters put him 22 points ahead of his rival Jeremy Hunt. Continued .... Read the full article Here
Post a comment
Read more 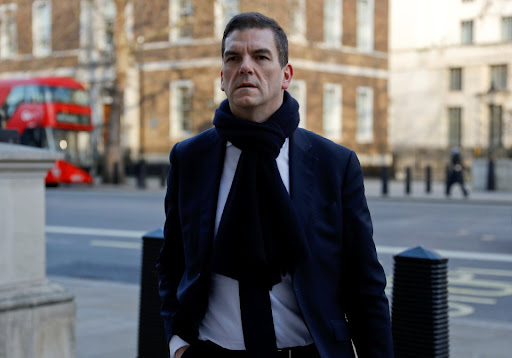 BRITAIN’S top Brexit negotiator will quit this summer rather than leading talks under the new PM. Senior mandarin Olly Robbins is expected to take up a lucrative City job after leaving the civil service. Olly Robbins will quit as the UK’s top negotiator this summer Reuters His resignation will allow Boris Johnson or Jeremy Hunt to pick their own envoy to Brussels as they try to turbo-charge Brexit talks. Cabinet Secretary Sir Mark Sedwill could also be on the way out within months. Mr Robbins has been a controversial figure with Brexiteers blasting him as a “roadblock” to quitting the EU. He was repeatedly accused of stopping efforts to drive a tougher bargain with Brussels. But allies insist he was only carrying out instructions from Theresa May. Mr Robbins is expected to leave his post shortly after the new Prime Minister taks office on July 24. He is reported to have already lined up a high-paid job with a bank. The Whitehall veteran worked in the Treasury, No10 and Home
Post a comment
Read more
More posts