Showing posts from July, 2018
Show All 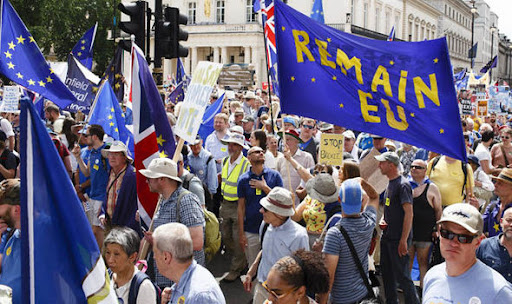 PROJECT Fear by Remainers has reached “ludicrous” levels with claims that sandwiches will be in short supply if Britain leaves the EU without a trade deal.
1 comment
Read more 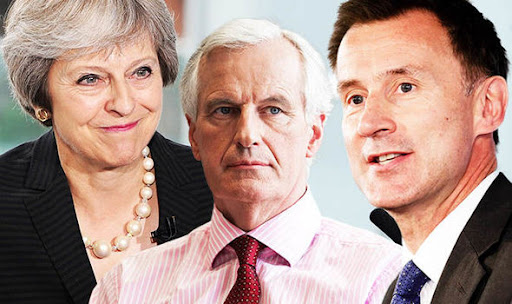 ANGELA Merkel and Emmanuel Macron were urged today by Britain to use their influence to make Brussels understand the importance to Europe of striking a "pragmatic and sensible" Brexit deal.
1 comment
Read more

EXCLUSIVE: Peter Willsman refuses to answer questions from @talkRADIO as he ignores calls from Corbyn allies to stand down today – more on this throughout the evening on @talkRADIO /1 pic.twitter.com/lDs2LhOORQ — Ross Kempsell (@rosskempsell) July 31, 2018 Scandal-hit Pete Willsman refuses to answer questions from TalkRadio’s Ross Kempsell. On the run… The post Willsman Doorstepped By TalkRadio appeared first on Guido Fawkes .
Post a comment
Read more 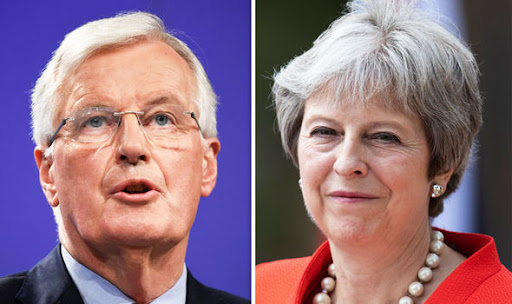 A NO-DEAL Brexit would spell disaster for European financial firms who will lose access to the City of London, British negotiators have warned.
Post a comment
Read more

Brexit news: Japan pledges to back UK in trade deal after EU exit 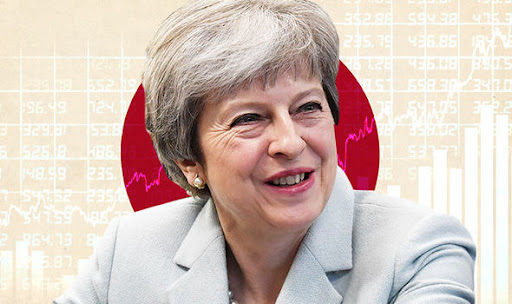 JAPAN will back the UK in its bid for a trans-Pacific trade deal after Brexit, a Japanese cabinet minister has assured International Trade Secretary Liam Fox.
Post a comment
Read more

Everything is Going to Be Alright

Across the political spectrum there seems to be a sense of pessimism. Left-wingers think the world is going to hell in a golf-cart because of Trump, centrists think the Labour Party is doomed because of Corbyn, or worse still because Corbyn might win. Centre-rightists are pessimistic because they fear Brexit will go very badly and the Conservative Party will be punished accordingly. Right-wingers fear May will mangle Brexit so badly Britain might as well stay in the EU. They are all worrying unnecessarily. Everything is going to be alright. In this age of fake news we exist in filter bubbles of our own making. Politically we are in a mass and social media created hyper-reality which ratchets reality to extremes. Algorithms reinforce hysterical reporting. Even supposedly evidence-based data journalists cherry pick data to make their point. Science reporting is bent towards uncontested axioms which are neither true nor in the spirit of scientific discovery. Nobody believes anyt
Post a comment
Read more

BREXIT SHOWDOWN: Macron summons May for crunch talks on EU divorce THIS WEEK 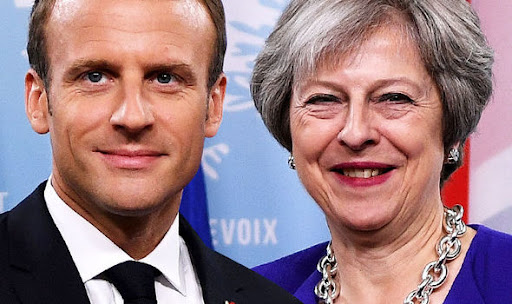 THERESA May will hold crunch Brexit talks with Emmanuel Macron on Friday at the French president's holiday retreat, it has emerged.
1 comment
Read more

Labour plot to DELAY Brexit: May warns Corbyn could FORCE her to extend negotiations 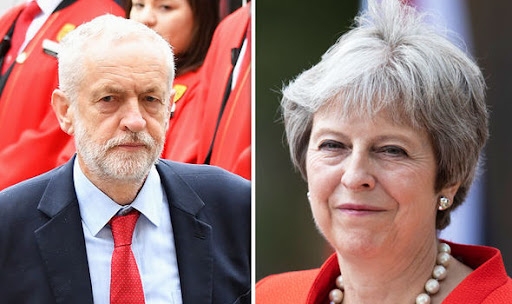 THERESA May has warned that Labour is plotting to delay Brexit by stopping Britain from leaving the EU without a trade deal.
1 comment
Read more 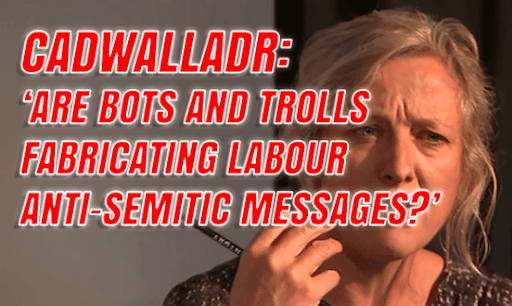 Observer rent-a-conspiracy writer Carole Cadwalladr has stuck her foot in it yet again by incredibly suggesting that Anti-Semistism in the Labour Party is the product of paid Tory trolls and her favourite bogeymen Cambridge Analytica. She approvingly quote tweeted a conspiracy thread suggesting that Brandon Lewis has hired “a team of Tory trolls” and that recently suspended Labour members like Damien Enticott were just ‘hacked’. This thread was written by a Labour supporter who is backing Pete Willsman for Labour NEC, a figure even too toxic for the likes of Owen Jones and Matt Zarb-Cousin. Another brilliant piece of codswallop from Carole. The post Latest Cadwalladr Conspiracy: Bots Behind Labour Anti-Semitism appeared first on Guido Fawkes .
Post a comment
Read more

MERKEL'S NIGHTMARE: Trump forges alliance AGAINST Germany by cozying up to Italy PM 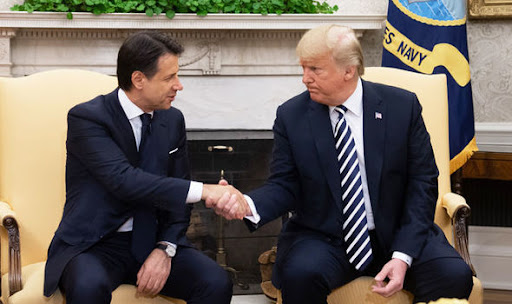 Two Questions For Labour to Answer on Pete Willsman 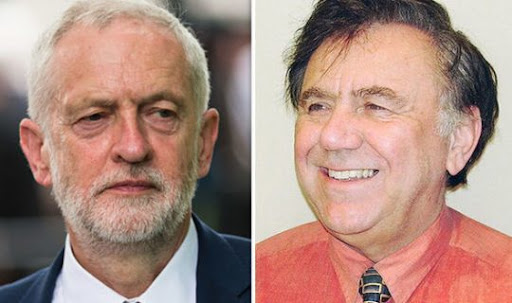 The Board of Deputies has two questions for Labour on the Pete Willsman scandal: Was Jeremy Corbyn there to hear Willsman? If so, what form did his professed ‘militant opposition’ to antisemitism take when he heard it? — Board of Deputies President (@BoDPres) July 31, 2018 Was Jennie Formby there to hear what was said? If yes, why did she let Willsman off so lightly? — Board of Deputies President (@BoDPres) July 31, 2018 Both Corbyn and Formby were present. The Jewish Labour Movement have resubmitted their complaint to the Labour Party, meaning Jennie Formby now has a second chance to get it right, get rid of Willsman and admit she screwed up. Not a great look at all if   Corbyn and Formby sat through Willsman’s rant about Jews, said and did nothing to oppose him, and then Formby failed to take any action… The post Two Questions For Labour to Answer on Pete Willsman appeared first on Guido Fawkes .
Post a comment
Read more 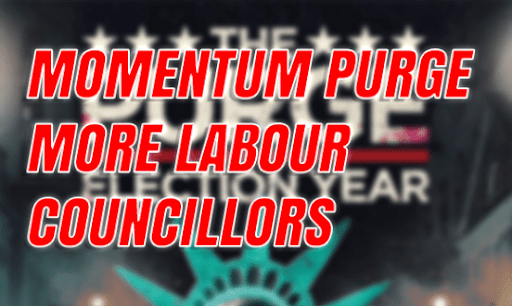 Momentum have succeeded in  deselecting three sitting councillors in Brighton and Hove, replacing them with Momentum candidates in time for next year’s local elections. Momentum has 2,000 local supporters in the area… Amongst those deselected was Anne Meadows, one of Brighton’s longest serving and most senior councillors, who responded to her deselection saying : “Momentum are operating within the Labour Party but have no real loyalty to the party and as you know I have suffered intimidation and abuse so they can deselect me and control the ward and the party.” Kinder, gentler… The post Momentum Purge More Councillors Amid Fresh Bullying Claims appeared first on Guido Fawkes .
Post a comment
Read more 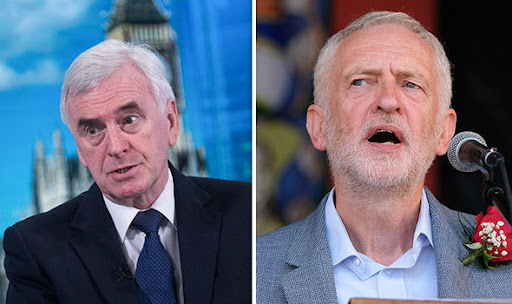 JOHN McDonnell, the shadow chancellor, is said to be leading a Labour cabinet rebellion over Jeremy Corbyn’s handling of the party’s anti-Semitism crisis.
1 comment
Read more 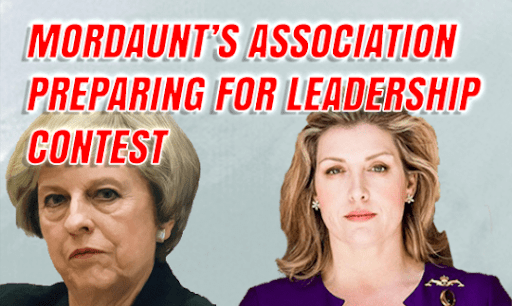 Penny Mordaunt’s Portsmouth North Conservative Association held their AGM last night. Even in the slow news days of recess this is not something that would usually be the subject of a report from Guido. However, the AGM minutes repay reading. The membership was advised that “we are preparing for a party leadership contest sometime in the next 12-18 months and we anticipate a General Election to follow.” Yikes! Now it is an old trick to galvanise the membership into activity by making dire warnings of forthcoming elections – if it is a real fear you will see candidate selections being accelerated. Guido is not so sure that is happening much. On the other hand it seems nailed on speaking to Tories from all factions and from all corners of the country that there will be a leadership election next summer at the latest. Tory activists can read polls, that is why it is being officially minuted in constituency planning. May’s early retirement, possibly on health grounds, could come
Post a comment
Read more 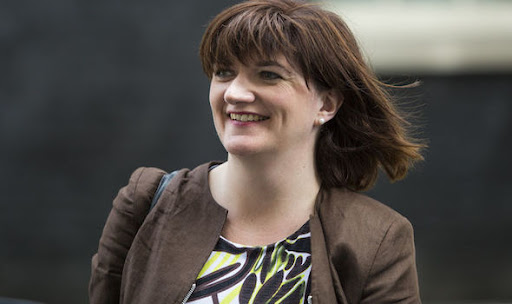 A SENIOR conservative MP has claimed that too many MPs have got their eyes shut to the effects of Brexit, claiming that the UK leaving the EU will pose a threat to tens of thousands of jobs and the wider economy.
2 comments
Read more 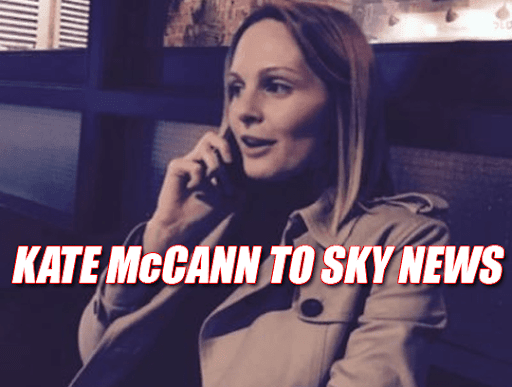 Sky News staff email: Today I am announcing a series of changes to the Sky News political team that will give us the ability to aim more firepower at on the day political stories, more space to deliver original and exclusive stories and crucially an ability to get out of Westminster and uncover how policy decisions made in SW1 impact on people across the country. Joining the team as POLITICAL CORRESPONDENT is KATE McCANN. Kate is currently senior political correspondent at the Telegraph and a rising star in the political firmament. Kate is well known for her ability to deliver news making stories that her rivals need to follow and will work alongside LEWIS GOODALL and TOM RAYNER at the heart of the unit. Her appointment demonstrates the quality of the line of talent keen to work at Sky News. In an exciting new role NICK MARTIN is to join the political team as POLITICS & PEOPLE CORRESPONDENT which will see him bring his 24 years of reporting experience to exploring issues
Post a comment
Read more
More posts