Showing posts from March, 2017
Show All

Bitter EU is no threat to America 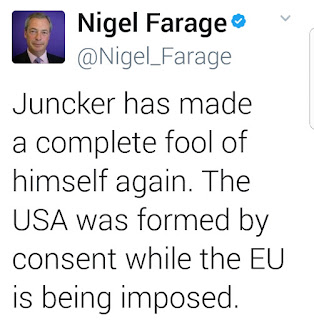 EU could BREAK UP the US: Juncker in jaw-dropping threat to Trump over support for Brexit http://www.express.co.uk/news/politics/785813/European-Union-EU-boss-threatens-break-up-US-retaliation-Trump-Brexit-support
1 comment
Read more

The Sun - Front Page Brexit Day - Dover and Out 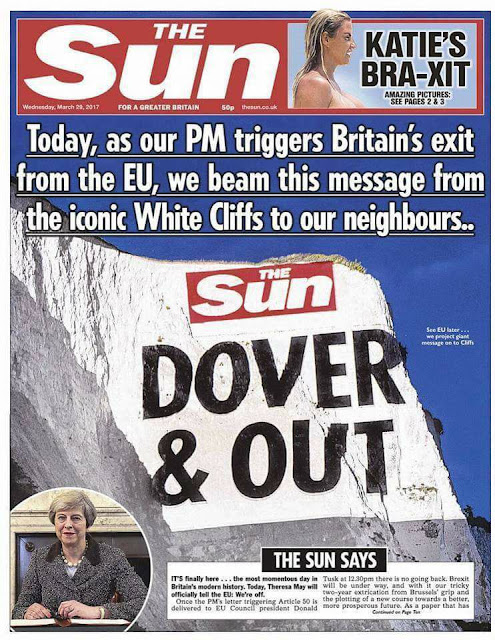 How Article 50 is triggered - literally

Here is how Article 50 is triggered A letter from Theresa May to the EU... The process will formally begin with a letter from Prime Minister Theresa May to Donald Tusk, the president of the European Council. "The prime minister will notify Donald Tusk in writing," says a spokesperson for 10 Downing Street. Theresa May will then make an announcement to parliament to let the country know that Article 50 has officially been triggered, according to the spokesperson. After that happens, the UK has two years to exit the EU or it can break free sooner if it has struck a deal or decides that no satisfactory deal can be agreed on. . A response from the EU Many people are expecting that letter from the British to give some indication of what the UK has in mind, in terms of political priorities for negotiations. Some of the main negotiating points will probably be big issues such as immigration and trade, but the letter is likely to stay quite vague at this stage. The 27 other countries
Post a comment
Read more

These Remoaners just dont give up do they? 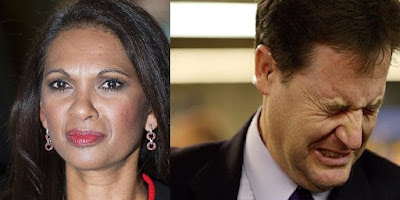 Even when it has been written into law and the letter has been signed, the remoaning gravy snouters are still trying their luck. When will they get the message? Article 50 was designed never to be used. Now we're heading into dangerous and unknown territory Gina Miller   Remoaning in the Independent AND NICK CLEGG TOO Article 50 deadline: Nick Clegg urges Remainers to "defy Brexit bullies and speak up" On Wednesday 29 March, at 12.30pm, Britain's ambassador to the EU, Tim Barrow, will hand deliver a letter to the European Council President, Donald Tusk. On that sheet of paper will be the words triggering Article 50. Nine months after Britain voted for Brexit, it will formally begin the process of leaving the EU. For grieving Remainers, the delivery of the letter abruptly marks the end of the denial stage. But what happens next? Speaking at an Open Britain event, former Deputy Prime Minister and Lib Dem Leader Nick Clegg had an answer. Responding to the concerns of a s
3 comments
Read more 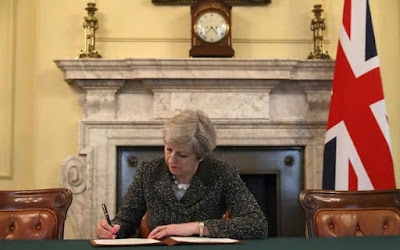 The British PM has signed the letter to EU Council President Tusk officially notifying him of Britain's intention to withdraw from the European Union. A Historic moment. Theresa May has officially signed the letter (pictured) to EU President Donald Tusk informing him that the UK is triggering Article 50, the formal method of leaving the 28-member bloc. Story Daily Mail read it here The end of the affair: how the historic day Article 50 is triggered will unfold  s the clocks struck midnight to herald New Year’s Day, 1973, a Union flag was raised over the headquarters of the European Economic Community to mark the moment Britain officially joined the European project. George Thomson, one of the UK’s first European Commissioners, took part in a torch-lit procession through Brussels to celebrate what Britons hoped would be the dawn of an exciting and prosperous new age. On Wednesday the mood in the Belgian capital will be altogether more sombre as Sir Tim Barrow walks those same street
Post a comment
Read more

The British PM has signed the letter to EU Council President Tusk officially notifying him of Britains intention to withdraw from the European Union. A Historic moment. Theresa May has officially signed the letter (pictured) to EU President Donald Tusk informing him that the UK is triggering Article 50, the formal method of leaving the 28-member bloc. Story Daily Mail read it here  THERESA May will pledge to fight a "fierce" battle to win the best Brexit deal for everyone in Britain - including migrants - as she takes the UK a historic step closer to leaving the European Union. Daily Express read it here Theresa May will issue an appeal to the country to "come together" as she formally launches the process for the UK to leave the European Union. Sky News read it here
Post a comment
Read more 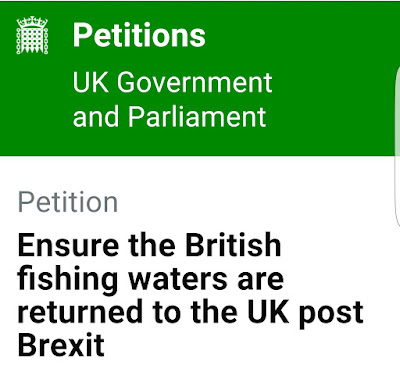 In the 1970s Edward Heath betrayed our fisherman and our coastal communities with the Common Fisheries Policy. A leaked report now shows that the EU wants to retain control over the fish stocks in British waters.  We call on Parliament to ensure these waters and fish stocks return to Britain More details  - Sign the Petition Much of the EU referendum was based on the idea of reclaiming the fish stocks in British waters. It became a key aspect of sovereignty. It would be an absolute failure for the government and parliament to allow the CFP to continue when the chance to rebuild the coastal fishing communities of Britain are so close.  Sign the petition now Please remember that this is a very important part of Brexit.  Please share this page on all of your social media accounts. Thank you.
6 comments
Read more 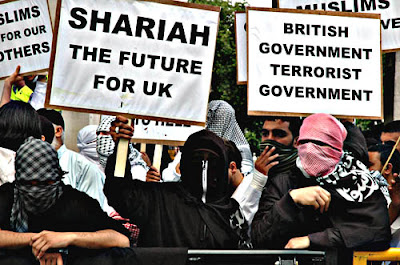 Britain is heading toward a new future, and it is one that major media outlets will most likely ignore. In only a few short decades, the population of the island nation may likely become largely Islamic - and no one seems to want to talk about that startling statistic. In a piece written for  The Commentator  in 2013, Vincent Cooper posited that by the year 2050, Britain would become a Muslim-majority nation. This was based on what Cooper called “reasonably good data” that showed the Muslim population of the United Kingdom grew at an annual rate of 6.7 percent between 2004 and 2008. He argued that by using that percentage, in 2020 - just a mere 3 years away - the United Kingdom’s Muslim population would grow to about 8 percent. The Muslim population would rise to 15 percent by 2030 and 28 percent by 2040, and in 2050 the rate would exceed 50 percent of the total population. Checking in with current statistics, it seems that Copper was truly on to something. The United Kingdom’s 2016 c
5 comments
Read more
More posts