SIR Keir Starmer told colleagues he will QUIT if he’s fined by police over his lockdown beer and curry night, according to reports.

The Labour leader is understood to be “extremely worried” after Durham Police launched a probe.

He has reportedly begged Labour peer and former Justice Secretary Lord Falconer to put a legal defence team put together.

It comes after Sir Keir repeatedly called for Boris Johnson to quit after cops began investigating lockdown-busting No10 parties.

A source told Guido Fawkes: “They’re s**tting themselves, he’s told people he will have to go if he’s fined.

“He’s put his fate in the hands of the police and lawyers now.”

Durham Police yesterday confirmed they were probing Beergate after “significant new information” emerged about a breach of Covid rules at Labour’s HQ.

Groups of six could meet outside pubs and restaurants at the time but Sir Keir claimed none were open.

The Sun later revealed £200-worth of curry had been ordered for 30 people.

The matter was dismissed by cops in January but it emerged Angela Rayner was also at the bash.

Labour previously denied the Shadow Chancellor was there but was forced into a humiliating U-turn last week.

The pair have been vocal in slamming Boris for a nine minute birthday party at Downing Street that saw the PM and Rishi Sunak slapped with £50 fines.

Sir Keir said in January Boris “needs to do the decent thing and resign” after he became embroiled in the allegations. 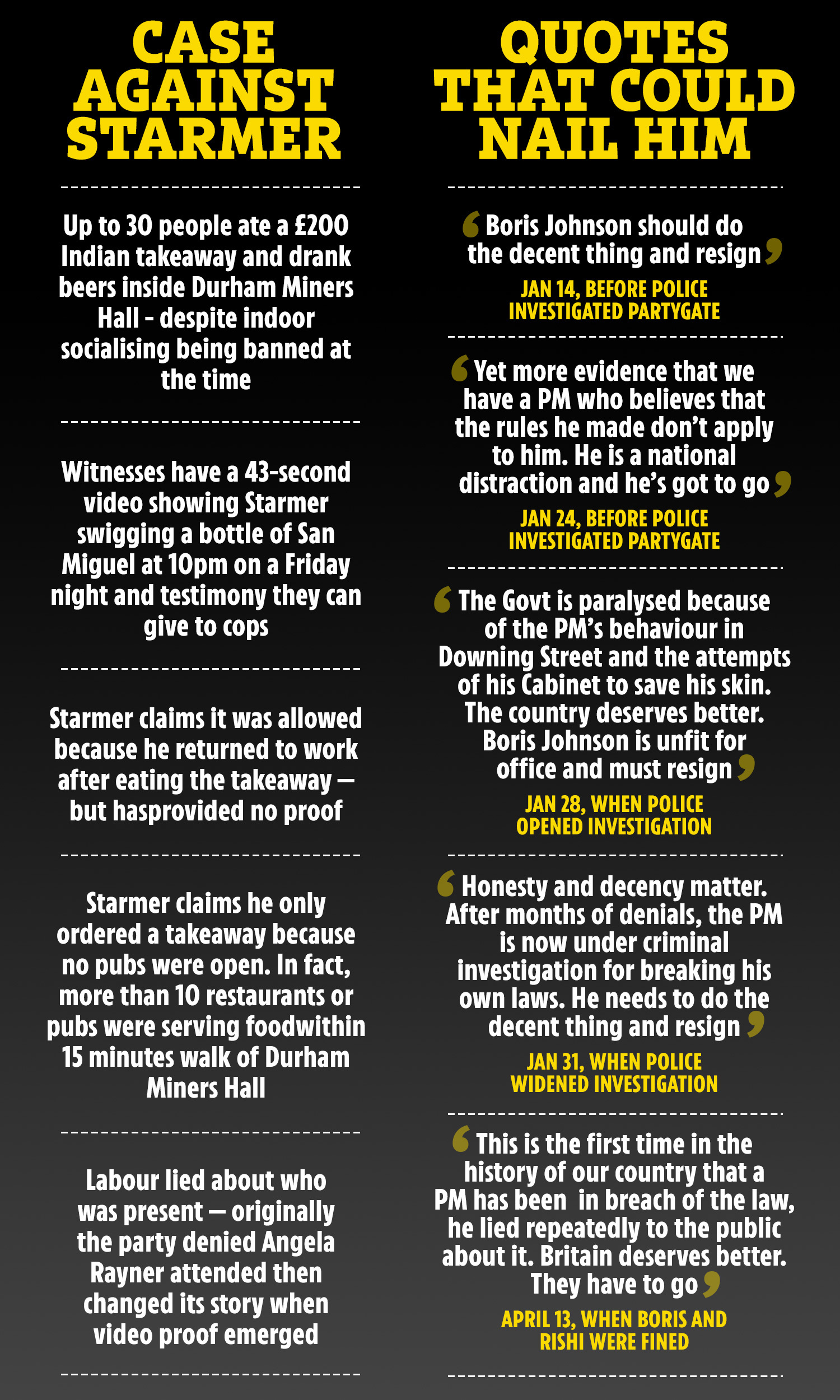 He repeated the mantra dozens of times on TV and in the Commons.

The sentiment was shared by firebrand Rayner, who demanded the PM go simply for being under investigation.

She said: “Boris Johnson’s Downing Street is under police investigation, how on Earth can he think he can stay on as Prime Minister?”

Sir Keir, former director of public prosecutions, said on Friday: “As I’ve explained a number of times, we were working in the office, we stopped for something to eat – no party, no breach of the rules.

“The police obviously have got their job to do, we should let them get on with it. But I’m confident that no rules were broken.”

at May 07, 2022
Email ThisBlogThis!Share to TwitterShare to FacebookShare to Pinterest
Labels: BBC News