The latest study into the new strain, dubbed BA.2, found it is better at infecting vaccinated people.

Vaccines do still work to make the illness more mild, with the majority of people thought to have cold-like symptoms.

But the fresh data has found it can jump from person to person more quickly than original Omicron – which ripped through the country in December.

In Denmark, where the study took place, the sub-variant now makes up the majority of cases.

Numbers in the UK are still low compared to the original Omicron, but are increasing.

However it appears to be having no impact on hospitalisations, and is causing a similar mild illness in the vaccinated.

Maps seven days apart showed how it is moving through the country.

Wonder drug slashes risk of tumours returning or spreading by 37%

Two stealth Omicron symptoms that strike before you test positive

London and surrounding counties are still seeing the most cases of BA.2 in general.

But other hotspots, like Northampton, Leeds, Milton Keynes, Birmingham and Leicester are also cropping up.

Northampton has an estimated 908 cases, while Ealing has 755.

The Wellcome Sanger Institute – which produces maps of variants spreading in the UK – revealed that BA.2 is now more common than Delta.

As of January 24, 1,072 cases had been found in England by UKHSA – but the Sanger Institute maps estimate there were around 40,000 cases by January 29.

The Danish study, which analysed Covid infections in more than 8,500 households between December and January, found people infected with the BA.2 subvariant were roughly 33 per cent more likely to infect others, compared to the original.

“We conclude that Omicron BA.2 is inherently substantially more transmissible than BA.1, and that it also possesses immune-evasive properties that further reduce the protective effect of vaccination against infection,” the study’s researchers said.

But vaccines are still key, they said, as both booster-vaccinated and fully vaccinated individuals are less like to get infected and transmit either subvariants. 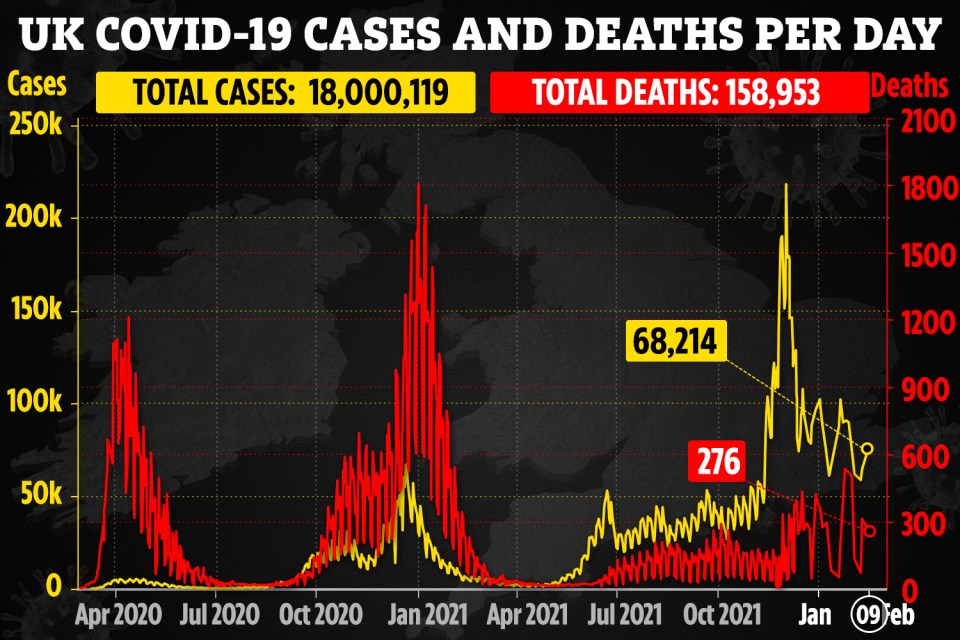 It comes after Boris Johnson announced yesterday our fast vaccine rollout means we are on course to ditch the final curbs a month early — the last legal restrictions being lifted by February 24.

It will include abolishing the requirement for people who catch coronavirus to self-isolate for six days.

However his spokesman said: “Obviously in the same way that someone with flu, we wouldn’t recommend they go to work, we would never recommend anyone goes to work when they have an infectious disease.”

The PM will ditch the quarantine requirement at the end of February – a full month before it was originally earmarked to lapse on March 24.

Downing Street hailed the super vaccine rollout for letting England throw off the restraints early and get back to normal. 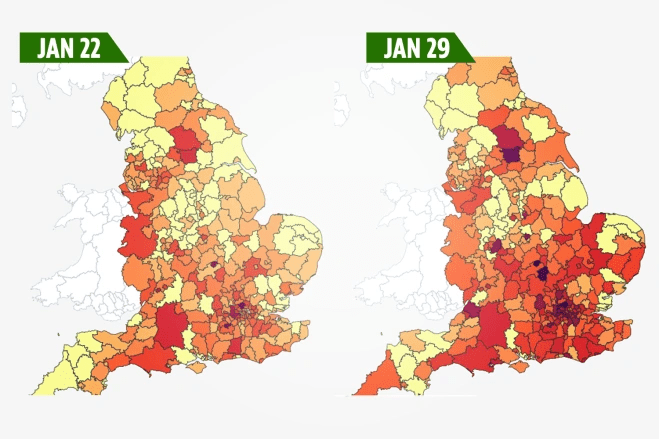 at February 10, 2022
Email ThisBlogThis!Share to TwitterShare to FacebookShare to Pinterest
Labels: BBC News