BRITS in their 30s are more at risk from Covid than rare blood clots caused by the AstraZeneca vaccine, data shows.

Amid the Pfizer vaccine shortage and the growing cases of the Indian Delta variant, data now shows the balance of risk is in favour of young people getting any jab available. 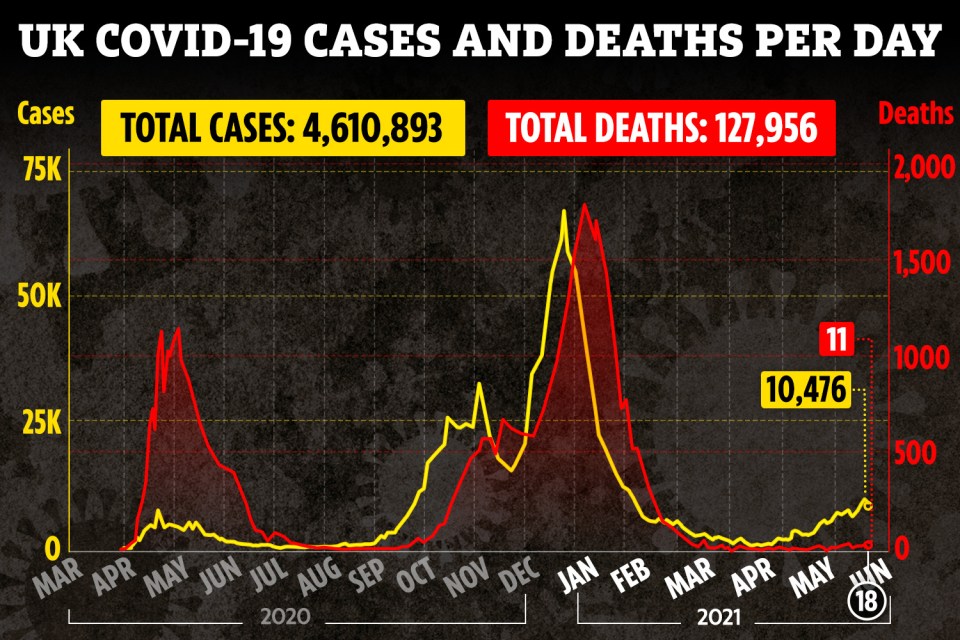 In May the Government advised against any under-40s receiving the AstraZeneca jab – as the risk of a blood clot was higher than being hospitalised with coronavirus.

Now, the risk of ICU admission with Covid for unvaccinated people in their 30s has more than doubled to 1.9 per 100,000, according to analysis by the Financial Times.

This means being unvaccinated is now riskier than taking the AstraZeneca jab for that age group.

And with ministers admitting the supply for Pfizer will be “tight” over the next month, having the AstraZeneca vaccine rolled out among the young again may be the less-risky option.

Meanwhile, fully jabbed Brits who come into contact with a positive Covid case will be able to avoid quarantine as part of plans to use daily tests to return to normality. 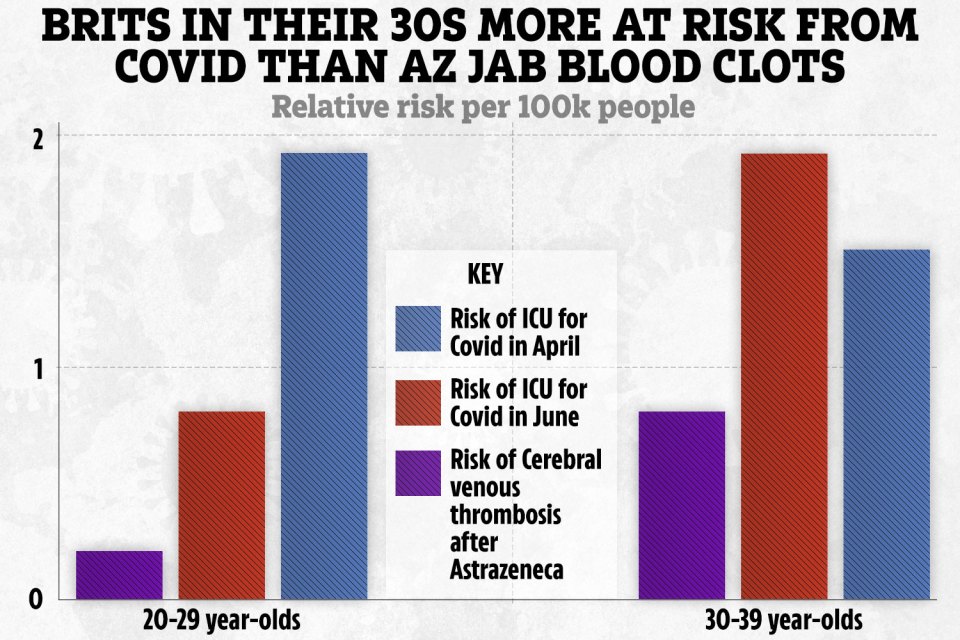 Under the proposals, anyone who has been double vaccinated will no longer need to stay at home for ten days if contacted by NHS Test and Trace and told to self-isolate.

This comes after humiliated EU bosses were left red-faced after their shambolic lawsuit against AstraZeneca flopped.

Bungling eurocrats were knocked back by a top judge after they demanded the vaccine giant speed up deliveries – or face whopping multi-million pound fines.

Brussels wanted to force the UK-based firm to ship 120million doses by the end of this month.

But the court cut that number to just 80m – and pushed the deadline back to September 27.

Embarrassingly for the bloc, AstraZeneca said it has already provided more than 70m of those, and will easily exceed the target.

No timetable was set for when the pharma giant needs to stump up the remaining 220m jabs bought up by the EU.

Euro chiefs had claimed AZ was in “continuous breach” of its contract by failing to meet targets.

But in April, the firm came out fighting – insisting it has “fully complied” with the deal and will “strongly defend” itself.

The long-running spat deepened when both tried to claim victory within minutes of the verdict dropping.

AZ “welcomed” the Belgian court’s decision and said it has “fully complied” with its contract.

Meanwhile, Covid cases in the UK passed 10,000 again yesterday with 11 more fatalities as the Delta variant continues to grip Britain.

The total number of infections in the UK now stands at 4,610,893 since the pandemic began.

Yesterday’s reported cases of 10,476 is lower than yesterday when 11,007 were recorded.

This was the highest number of cases reported in a day since February 19 – when 12,027 more people tested positive.

Yesterday’s figures also showed a total of 73,359,099 vaccines have been administered in the UK. 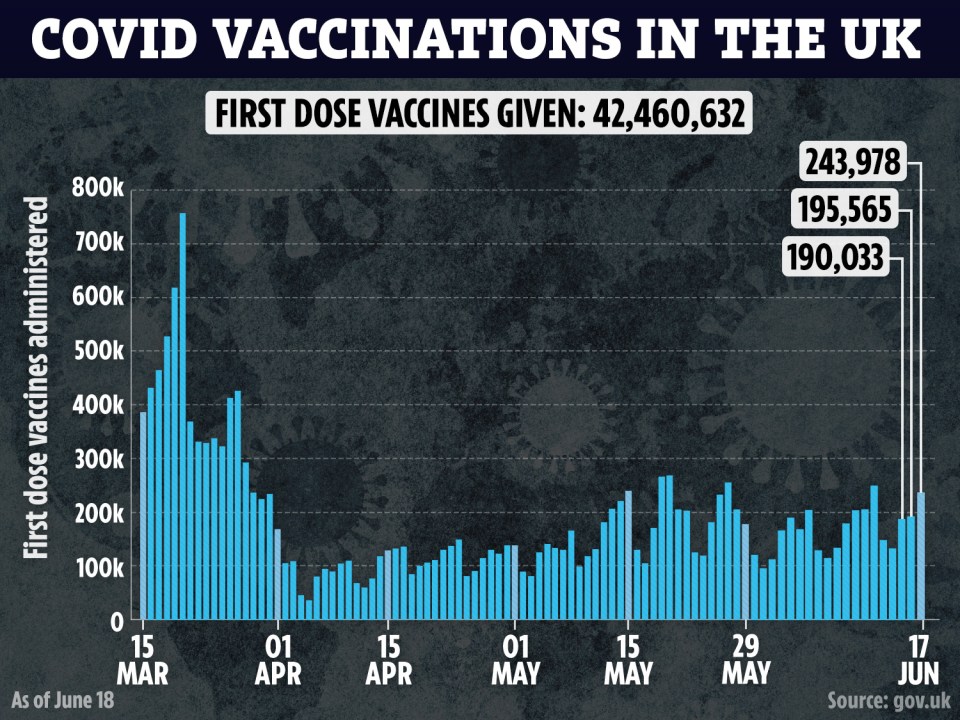