BRITAIN is looking at plans to introduce vaccine passports to open up the economy at home and reboot travel abroad, a Cabinet minister said today.

His remarks came with the EU set to announce its own blueprint for such documents today.

He said: “I can’t say today this is absolutely going to happen. We’re having conversations about how best to take this forward and how best to reassure people.

“And also, not just reassuring people but keeping our people safe. We’re having conversations all the time about what the best next steps should be.”

Mr Kwarteng said the priority is continuing with the vaccine rollout so the country can unlock in line with the PM’s roadmap plan.

He said: “What we’re focused on at the moment is making sure that we hit those dates, and then we can reopen the economy.

“We are having debates, discussions about travel, that’s really important that people can travel safely.

“With international travel, you’re dealing with other countries and they will have their own input into what policies you have.

“But I think what we also have to do is be driven by the data, we’ve got to see how the Coronavirus develops.

“And once we reopen the economy, I’m sure we’ll be looking at other measures to make sure that people are safe and, above all, that the confidence of the public is maintained.”

The business secretary said ministers are aware of the problems of “fairness” surrounding the use of vaccine passports.

He said: “None of these decisions are particularly easy decisions, and that’s why we are discussing what the best way to proceed is.”

Under the PM’s roadmap, international travel won’t be allowed until at least May 17.

The EU will unveil its vaccine passport plans today[/caption] 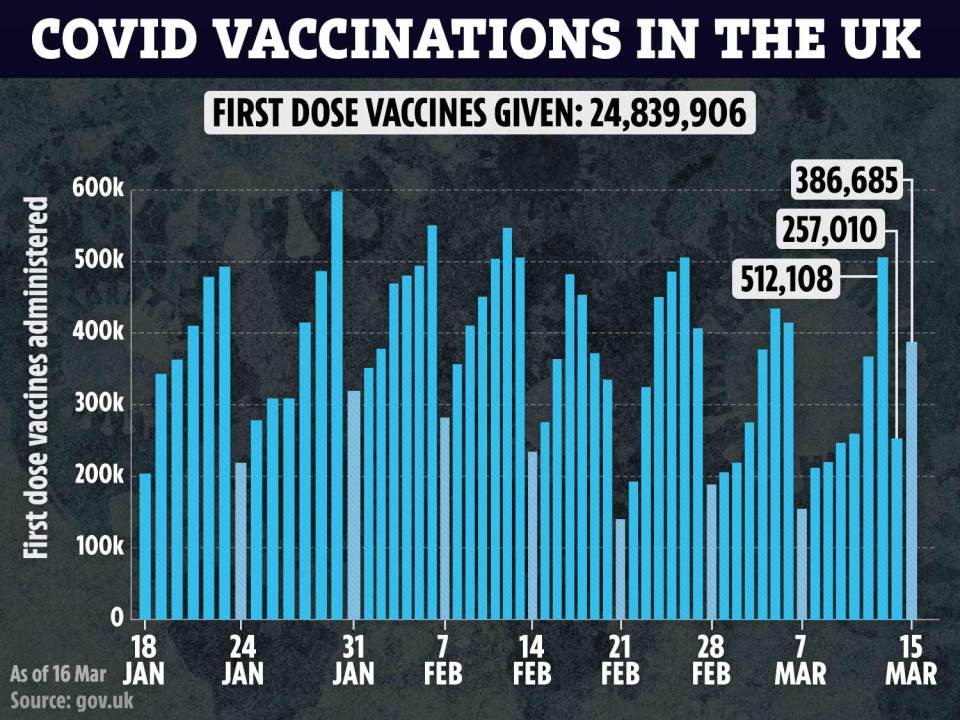 Brussels chief Ursula von der Leyen will today unveil the EU’s own vaccine passport plans, which will open up the possibility of future travel.

A draft of the blueprint says it could be extended to Brits “in a position to present certificates under a system deemed sufficiently reliable”.

It says: “Tourism and other travel from outside the EU are an important feature of the EU’s openness.”

And it pledges to “facilitate adaptation of restrictions where travellers from third countries” like the UK.

But Mrs von der Leyen will stress that for now the “green certificates” are only designed to be used by people within the bloc.

And privately EU officials urged caution about the prospect of them being extended to Brits early in the summer.

One said there was no “specific timeline” for welcoming UK tourists back and “the certificates are meant to support free movement within the EU”.

They added: “We’ll of course need to think about what to do about external borders, but there are no decisions or proposals yet.

The EU currently has a restriction on non-essential travel from all countries that have a new infection rates of more than 25 cases per 100,000 people.

At a meeting last Friday, diplomats from the EU27 discussed adding Japan, which has a case rate of just five per 100,000.

One said: “The conclusion was that it’s too early to amend the list and there’s no reason to do so in the foreseeable future.”

Tributes to boy, 3, who died after canal fall while feeding ducks with mum

Mystery as husband, 83, and wife, 81, found dead at their Cheshire home

Babysitter, 15, gave birth then put baby in bin telling child it was 'doll'

P&O cruises today said it will only accept passengers who have had the vaccine for trips around the UK this summer.

Greece, Spain, Cyprus and Turkey have all said they will welcome UK arrivals who have either had the vaccine or have had a recent negative COVID-19 test.