ANGELA Merkel has blamed the Kent Covid variant for causing a “new pandemic” as she cancelled Easter for millions of Germans.

The chancellor said new lockdown measures across Germany will come into force on April 1. 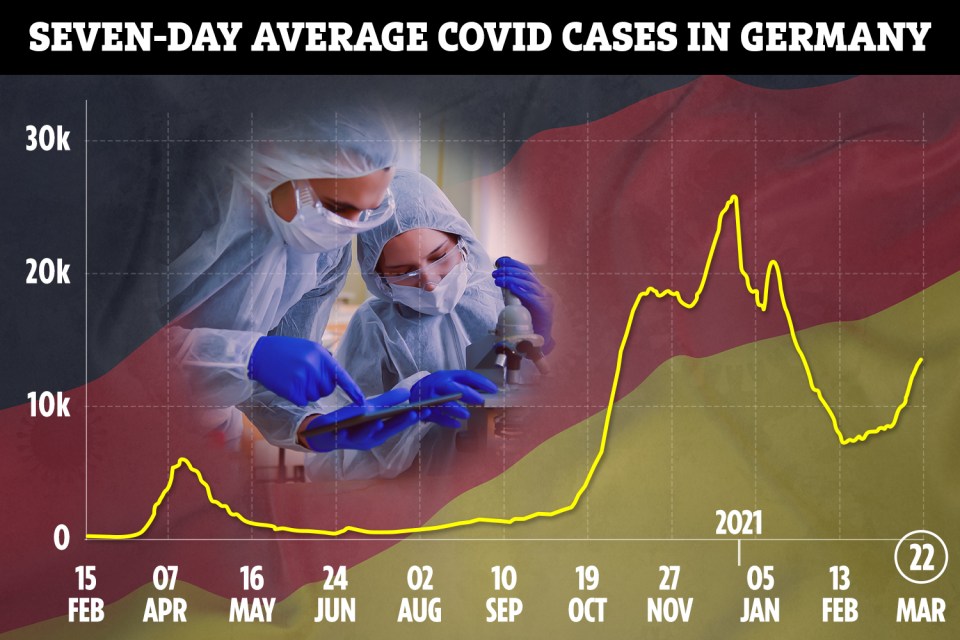 It comes as the EU threatens to block AstraZeneca jabs from coming to Britain, to stock up on its own supplies.

All non-essential shops in Germany will be closed over Easter, church services will be moved online and current lockdown measures will be extended until at least April 18.

Mrs Merkel said last night: “We are in a new pandemic.”

She blamed an “exponential” rise in coronavirus cases as the reason for the restrictions, blaming the Kent Covid strain for the increase.

She said: “Essentially, we have a new virus… it is much deadlier, much more infectious and infectious for much longer.

“The situation is serious. Case numbers are rising exponentially and intensive care beds are filling up again.”

Germany had been easing restrictions until now, reopening schools in late February and allowing hairdressers to open in March.

Deaths are falling but there are fears that they will increase as cases spike.

We are in a new pandemic

Mrs Merkel had warned earlier that restrictions would increase if Germany’s infection rate went above 100.

The infection rate was 104 on Sunday and rose to 107 yesterday.

All travellers to Germany will have to be tested for Covid before boarding a flight.

Overnight curfews could be imposed for the first time across the country in regions where the seven-day incidence rate surpasses 100 per 100,000 people.

A draft document seen by news agency AFP ahead of a strategy meeting reads: “Without significant restrictions, the number of new infections will increase to the point that the health system risks being overwhelmed by April.”

Lars Schaade, vice president of the Robert Koch Institute for infectious diseases, told reporters on Friday: ‘It is very possible that we will have… very high case numbers, many severe cases and deaths, and hospitals that are overwhelmed.”

Europe’s third wave of Covid infections is gathering pace as its vaccine roll-out has seen just eight per cent of its population given at least one dose.

Meanwhile, the UK, which is to begin lifting its lockdown in the coming weeks amid falling cases, has given at least one dose to 50 per cent of adults.

That has led the EU to threaten to block AstraZeneca’s jabs from coming to Britain in order to shore up its supplies.

Britain has warned the EU that it would have “no choice” but to block vaccine ingredient exports to the continent if the EU triggers a full blown jab ban.

One senior member of the government told The Sun today “politically and morally it’s a no brainer” adding that “the British public would not put up” with anything else.

This is largely thanks to the EU countries’ knee-jerk ban after dozens of isolated cases of blood clots and brain haemorrhages.

EU Covid cases and deaths are surging largely thanks to the EU’s shambolic jab program, which is now made worse by leaders raising doubts about the safety of the AstraZeneca jab.

But new YouGov poll results released today found that the majority of people in France, Germany, Spain and Italy viewed the vaccine as unsafe after it was bad-mouthed by European leaders.

The figure in France for those who thought negatively of the jab was 61 per cent, compared to 55 per cent in Germany.

More than half the Spanish – 52 per cent – thought the jab was unsafe, while the figure for the Italians was 43 per cent. 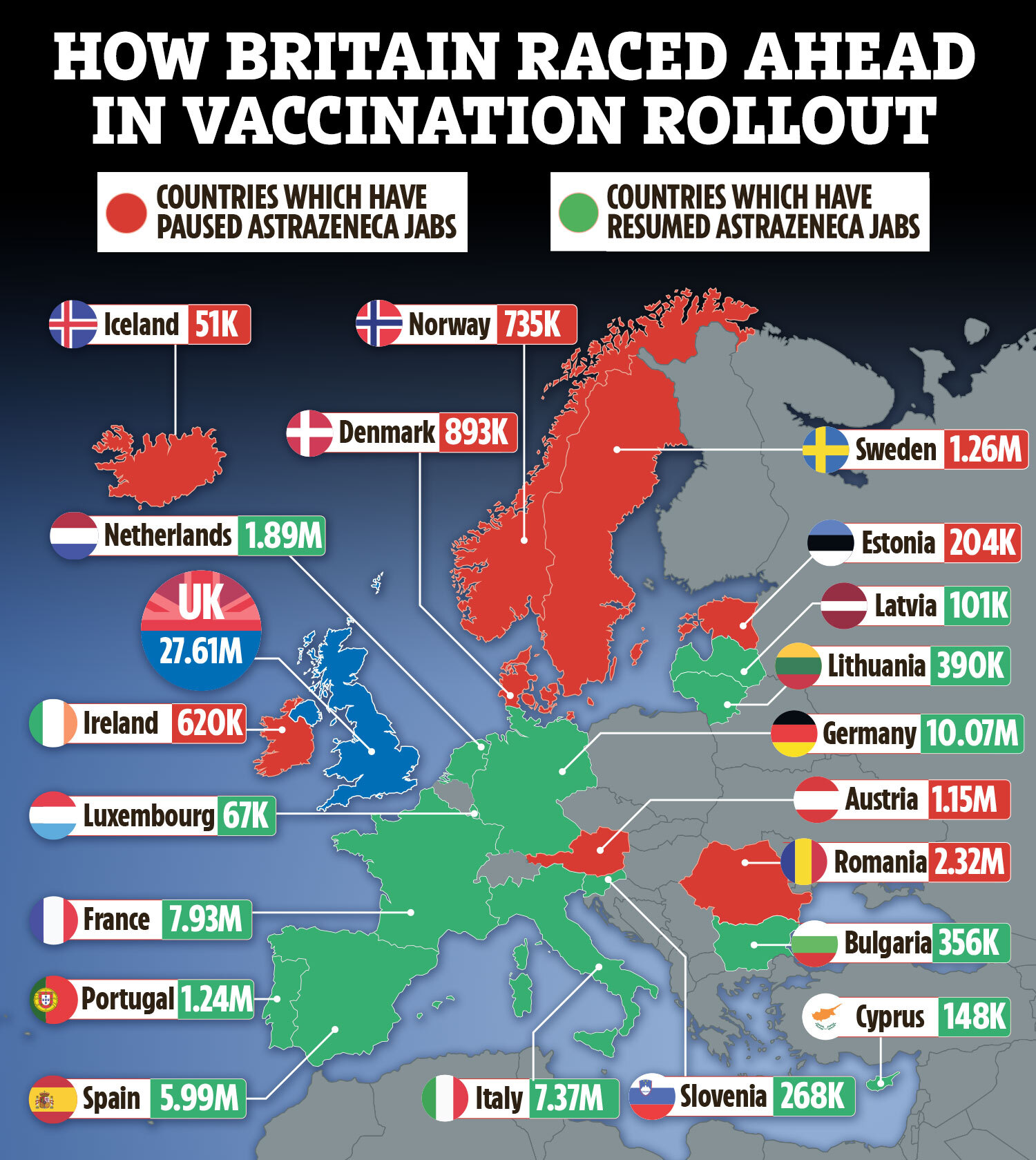