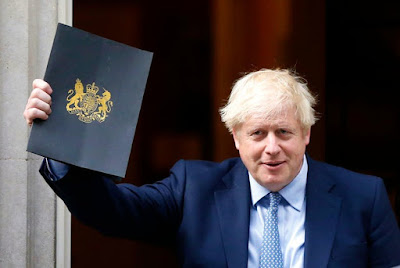 The Supreme Court’s judgment is the latest constitutional perversion after the Benn act. But ironically it may assist the Government in achieving its objective of Britain leaving the EU by 31 October, without having to seek an extension to the Article 50 process.

In paragraph 34, the Supreme Court states that its ‘proper function’ under our constitution is to give effect to the separation of powers (which justifies court intervention in relation to prorogation). Then, in what appears to be an innocuous sentence in paragraph 55, it says that it is to be “remember[ed] always that the actual task of governing is for the executive and not for Parliament or the courts.”

Yet the Benn Act manifestly contradicts this principle. It dictates how the Government must conduct negotiations with a foreign body, the EU, to the extent of obliging the Prime Minister to write specifically worded letters and accept whatever extension it offers when certain conditions are not met. In the situation when the conditions are not met (i.e. if the House of Commons has not voted for a deal or approved exit without a deal), the Prime Minister then has no choice but to act as instructed, whether he wants to or not. At that point, in what sense is he governing? The Prime Minister becomes a mere puppet of Parliament, which to all intents and purposes is the governing body.