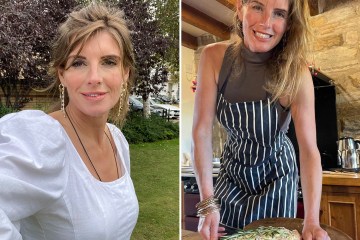 PASSENGERS departing on Eurostar trains from the UK will continue to be banned from taking their bikes on board.

The company – whose services go to destinations including Paris and Brussels – has extended the policy due to issues with customs rules post-Brexit.

Until at least the end of summer, cyclists won’t be able to bring non-foldable bikes on Eurostar trains.

This means those wanting to take their preferred set of two wheels on a trip to the continent this summer will have to think again.

What’s more, even when the ban is lifted – possibly in autumn – Eurostar is likely to still have to operate a “limited” service.

Cyclists wanting to go for a spin in the likes of France, Spain and Italy will instead have to pay to take their bike on flights – which can cost up to £50 per person, each way.

My sister, 26, died of cancer before Disneyland trip but Eurostar refused refund

This also runs the risk of the bike being damaged or going missing, as they will have to be checked in at the airport.

Other options are to rent bikes abroad – but this can also be a costly process.

Speaking to The Mirror, a Eurostar spokesperson said: “At the moment you can carry a folding bike on board as part of your luggage allowance, but unfortunately we aren’t able to operate the more extensive service via our registered baggage facility.

“We will be opening it again, and plan to update further in September.”

Passport warning as easy mistake could get you banned from Europe

Another airline scraps hundreds of flights this summer

ONLY GEAR FOR THE BEER

Eurostar used to let passengers take bikes with them on trains, as long as they booked in advance and paid a fee of between £25 and £55.

Earlier this year, the company announced that it was hoping to allow bikes on trains again from summer, although warned it would be a “limited service for fully assembled bikes of disassembled bikes in your own bag on selected trains between Paris and London”.

They now recommend that anyone currently wanting to take their bike to Europe should use a courier.

However, if you have a foldable set of pedals or are taking a children’s bike that is 85cm or shorter, then you can travel like normal.

Eurostar is also yet to restart routes through Ashford International train station and is unlikely to resume until next year.

However, there is some good news – Disneyland Paris direct routes have restarted.

And it’s not just France you can visit, but also Amsterdam and Belgium via Eurostar.

at June 11, 2022
Email ThisBlogThis!Share to TwitterShare to FacebookShare to Pinterest
Labels: BBC News