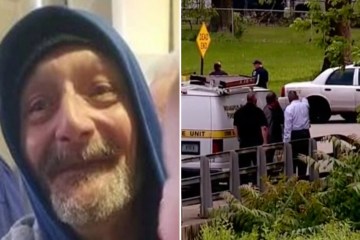 A DECOMPOSED body has been found at the home of a woman who has been missing since 2020, reports say.

Cops discovered the remains at the property, which had been sold at an auction, in Tallahassee, Florida on Friday afternoon.

Cops have found a decomposed body in Tallahassee, Florida[/caption] Avis Anderson was last seen by her neighbors in September 2020[/caption]

The home belonged to Avis Anderson, 58, who was last seen by her neighbors on September 30, 2020, Tallahassee Police revealed.

She was reported missing by her family weeks later on October 13.

The property had recently been sold at an auction and was getting cleaned.

Cops do not know if foul play is suspected.

In December 2020, family members revealed that her bank account hadn’t been touched and officials in Tallahassee had declared her home vacant, according to WCTV.

Anderson’s cousin Zarsa Shakespeare told the outlet: “Everyone has their own demons and their own challenges. That does not make her any less of someone we love.”

WHAT WILL WE DO?

Britain's Got Talent fans devastated by news about the show tonight

Ellis, 26, was last seen on April 22, according to officers.

Cops revealed that no foul play is suspected.

Coroners are conducting an autopsy as his cause of death remains unknown.

On May 27, cops discovered two decomposed bodies in a home in Lakewood Ranch, Florida.

A woman requested a wellness check after she had not heard from her sister and brother-in-law for a week, according to the Sarasota Herald-Tribune.

Cops believe they died in a murder-suicide as officers described the deaths as “suspicious”.

The bodies couldn’t be positively identified due to the “advanced stage” of decomposition.

And, a badly decomposed body was found in a woodland area of Pointe Coupee Parish, Louisiana on May 28.

Sheriff Rene Thibodeaux said a passerby detected a foul smell in a ditch near Highway 417 in Bachelor, WBRC reports.

The woman hasn’t been identified as officials wait for autopsy results.