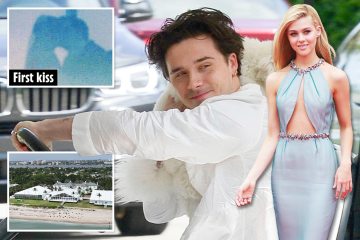 A WOMAN claims her disabled mum was refused a drink of water on a nine-hour TUI flight.

The lack of fluids left Natalie Williams, 49, unable to take vital medication – but staff on board simply blamed Covid.

Her daughter Ellie Fisher, 23, was outraged by the treatment and poor excuse and said it ruined their once-in-a-lifetime trip to the Caribbean.

The pair only learned about the airline’s strict coronavirus protocol half an hour into the flight to the Dominican Republic.

TUI reportedly informed all passengers shortly after take-off that they would only be serving drinks once due to the pandemic.

Holidaymakers were allegedly offered a cup of water or juice with the scheduled meal – but no other refreshments were offered.

Ellie was furious as there was apparently no pre-warning of the rule on TUI’s website or anywhere else during the booking process.

Had they known, they would have been better prepared as Natalie needs to take regular medication daily.

And even she they explained she had pills to take, cabin crew refused to make an exception.

Ellie, from Kingston upon Thames, Surrey, said: “We were really excited when we got to the airport to finally be going away after all the restrictions of the pandemic.

PUT A BLING ON IT

“But when we got on board the flight, they told us they weren’t serving drinks outside of the scheduled meal time because of the risk of spreading Covid.

“No one had told us this before, so we didn’t think to grab any water at the airport after we went through security.

“Mum has to take medication regularly so this obviously was stressful to hear, but never in a million years did I think it would turn in to such a big problem.

“When we asked politely for a small cup of water for her to swallow her meds, we were rudely told no and that we’d have to wait till we landed.

“It was a nine-hour flight and it made my mum extremely anxious and uncomfortable.”

She continued: “The way staff acted was inhumane – how they wouldn’t make an exception to the rule under such circumstances I don’t know.

“The consequences could have been dire.”

Natalie and Ellie, who say they went the entire flight having had only one drink with their meal, arrived at their destination thirsty and extremely irritated, on January 11.

When they returned to the UK a week later, the rules were still in place, but thankfully this time they knew what to expect and came prepared with a bottle of water each.

Information on the TUI website states that when meals are served on long-haul flights, customers get a water cuplet on their tray, and water is served between meals too.

A spokesperson from TUI Airlines said: “We’re aware of these claims and we take reports of this nature seriously.

PUT A BLING ON IT

“We are continuing to investigate the claims, as no record of this incident has been found.

“We are in contact with the customer and will continue to offer our full support.”

Natalie, 49, was left unable to take vital medication[/caption] Ellie said the consequences could have been ‘dire’[/caption]

at April 10, 2022
Email ThisBlogThis!Share to TwitterShare to FacebookShare to Pinterest
Labels: BBC News