A LUXURY £532million superyacht probed by Italian authorities DOES belong to President Vladmir Putin, according to new documents.

The latest sensational material claims the huge vessel, known as the Scheherazade, employed agents from the Russian secret service after it first set sail in 2020.

The 459-foot superyacht – one of the most expensive in the world – is currently moored at the Italian Sea Group shipyard in Marina di Carrara and had been dubbed “Putin’s yacht” by locals.

And earlier this month authorities demanded proof of ownership as British captain, Guy Thomas Bennett-Pearce, was forced to hand over crucial certification documents and paperwork.

Now, via a video published on Monday by Navalny’s crack team of detectives, it was revealed that some of the onboard staff – 70 per cent of which were Russian – had allegedly worked for secret services branches the FSO and FSB.

Roles on the ship included high ranking positions – such as chief officer and boatswain – to menial roles that involved “serving cocktails.”

Presenters for the anti-Kremlin outlet, spearhead by the jailed opposition leader, told viewers: “In total, just on the first two sheets of the crew list we see 23 people, of which almost half are related to the FSO.

“Even in Italy, thousands of miles from Moscow, people who are officially listed as Putin’s security guards and personal staff work on it.

Russians 'plan to POISON Vladimir Putin and have chosen successor'

“The same people who take care of Putin in his residences and on his trips, who manage his life, fly together to Italy to work on one of the most expensive yachts in the world.”

They added: “I can’t think of a better proof that this yacht belongs to Putin.”

Smacking children is now officially ILLEGAL in parts of Britain

Finally, we are fighting back on transgender lunacy

Putin likened to HITLER after 'Ukrainians deported to work camps'

The damning Navalny led claims, that frames the Russian strongman’s lavish overspending, follows similar reports made by sleuths as the ongoing war in Ukraine rages on.

The aircraft, which is capable of hitting speeds of up to 560mph, reportedly included a fully-stocked bar, bedrooms and a gym and a huge gold plated conference table.

Months earlier, Navalny’s team had claimed a £1billion palace on The Black Sea, complete with a stripper pole, was built with swindled cash – despite protests from pro-Kremlin outlets.

Scathing footage, which has since been viewed more than 100 million times, showed its opulent interior including a velvet boudoir said to be for exclusive use of the Russian president and his cronies.

Since the war broke out in late February, many of Putin’s close pals have continued to see their assets frozen and luxury possessions seized as result of the global crackdown on wealthy Russians.

On Thursday, a huge £450million mega yacht believed to be owned by oligarch and Putin ally Igor Sechin was seized by Spanish authorities.

His assets were frozen and he was hit with a travel ban due to his reported connection to the Kremlin.

It came after Alisher Usmanov had his £600million luxury vessel – thought to be largest yacht in the world in terms of internal volume – taken away by German authorities.

Usmanov had already been slapped with an EU travel ban and had his assets frozen as part of the tough EU sanctions.

I had mansion, clothes & dream wedding but I was suffering, says ex-Man Utd WAG

Russia’s richest man, Alexei Mordashov, was the next to fall after his £45 million ship was seized by Italian cops at the northern harbour of Imperia.

The steel billionaire was believed to be in the Seychelles this week after reportedly sailing from the Maldives. 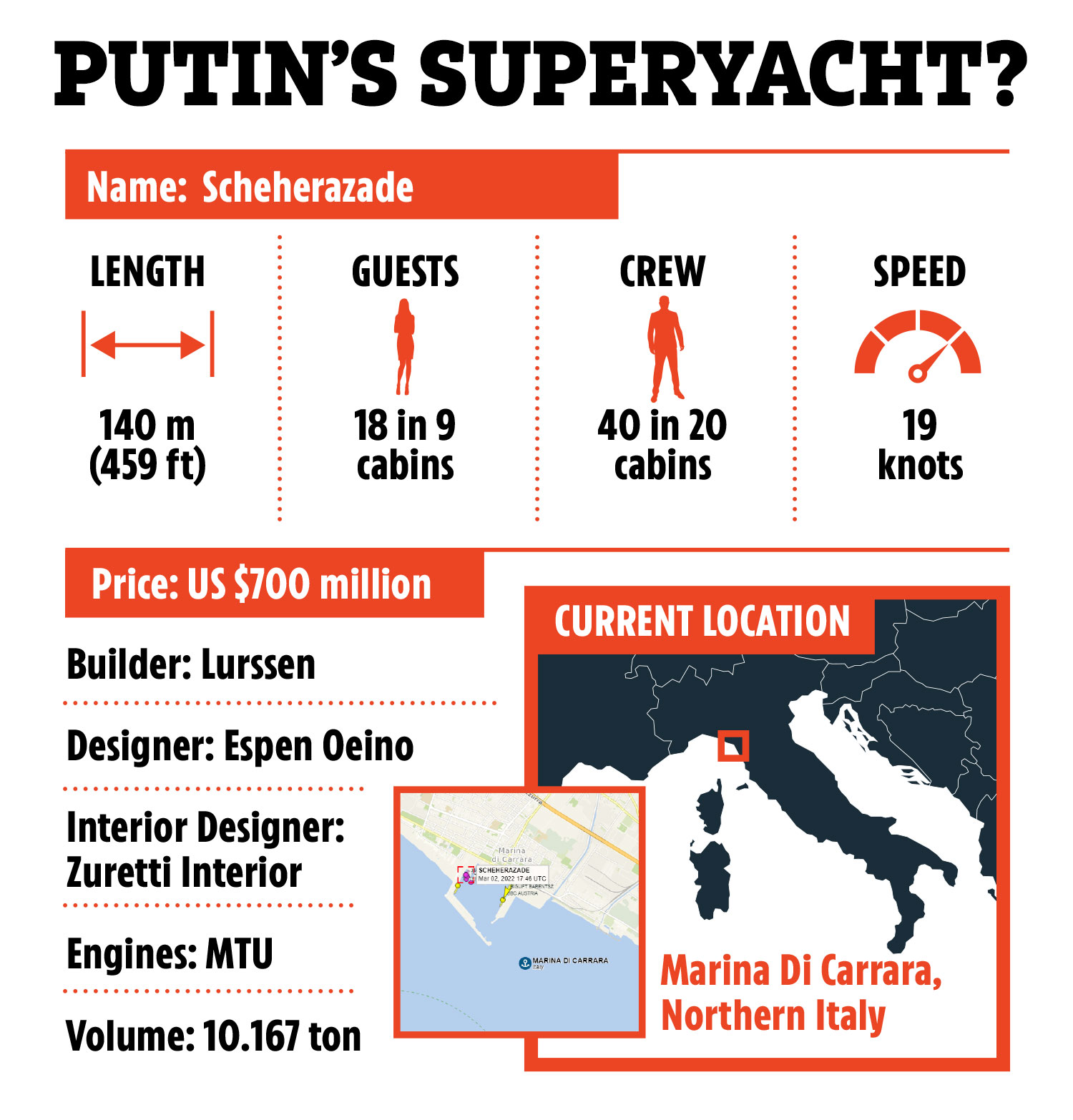