RUSSIA has launched a third wave of terrifying nighttime missile strikes on Ukraine.

Shells rained down across the Eastern European country following the third day of all out war with Russia.

The sky above the city glowed an ominous orange as loud bangs rang out.

And The Kyiv Independent reports an oil depot had been blown up at Vasylkiv, around 40km West of Kyiv.

Chilling air raid sirens rang out and civilians were urged to take cover in subways and basements as darkness fell.

People were asked not to turn lights on in their homes and keep well away from windows over fears of breaking glass.

A city-wide curfew has also been introduced in the capital, while authorities hunt down “sabotage and reconnaissance groups.”

Footage shows the moment the sky above the city glows red and orange, as thunderous bangs can be heard in the background.

New York Times journalist Michael Downey tweeted: “It has been a very quiet day in #Kyiv until a few minutes ago – as the sun has set, explosions can now be heard on the outskirts.”

As midnight struck in the war-torn country, civilians and troops were urged to hunker down ahead of the “imminent” attack.

“MP Lesia Vasylenko tweeted: In 30-60 mins #Kyiv will be under attack never seen before. #Russia will hit us with all they have.”

It comes after a third day of fighting, during which Russian troops once again failed to capture the capital, Kyiv.

And at least 17 of those were civilians, killed in a blast.

Ukrainian Interior Ministry said there was “active fighting on the streets of our city” as the conflict intensified and later air raid sirens were heard in Kyiv, sending soldiers and civilians scrambling for cover.

As Russia forces tried to fight their way through the streets of the capital, during the night, dramatic video showed a blazing vehicle on Kyiv’s Peremohy (Victory) Avenue .

With dawn breaking over the city this morning, the extent of the damage inflicted on Kyiv became clear with images showing smouldering blocks of flats.

But the Government has insisted that the Russians are failing to advance with some 3,500 killed.

Priminsterial adviser Oleksiy Arestovych said: “We are striking the enemy around Kyiv.

“The enemy is not moving for now.”

And Ukrainian MP Sviatoslav Yurash said today that “hundreds” of Russian troops had been captured near the capital.

Social media accounts from Ukraine officials suggested many of the soldiers were teens, and that they were “badly prepared”.

Speaking to Sky News before he went to the front, Mr Yurash said Russian forces were about 1.8 to 2.5 miles from where he was.

“Russians don’t have a good time here, to say the least,” he said.

“We have hundreds of POWs, we are issuing videos, showing Russians coming to Ukraine.”

He said Ukrainians “don’t have a choice” when it comes to fighting Russia as Putin has “time and again tried to denounce the very idea of Ukraine”.

“Everything is at stake, I’m no soldier, I don’t have much experience with the gun.

“When you are fighting for your life you learn very quick. The reality is Ukraine doesn’t have a choice.

He said: “The fighting goes on in many cities of our state, but we know we are defending our country, our land, and our childrens’ future.”

And he called for anyone who had fled to return and fight for Ukraine, as all men aged between 18 and 60 are being conscripted.

President Zelenskyy also called for “friends” of Ukraine to come and help the fight.

Germany tonight backtracked on their decision not to send arms to the country, promising 1,000 anti tank-weapons and 500 Stinger missiles.

And President Zelenskyy also said that he would welcome peace talks between Russia, Turkey and Azerbaijan.

Today saw scores of emotional and exhausted refugees thankfully arriving at the Polish border, with residents still inside Ukraine taking to the streets and arming themselves.

Neighbours were seen crafting homemade Molatov cocktails, with their actions approved by the Ukrainian version of the MoD.

Meanwhile, queues of men and women signing up to fight were seen in towns and cities across the country.

Others queued to drop off supplies, medicine and food for the army.

The PM has also promised to crack down on Russian oligarchs funneling dirty money through the UK.

And Russia’s central bank was frozen, and banned from the German SWIFT system. 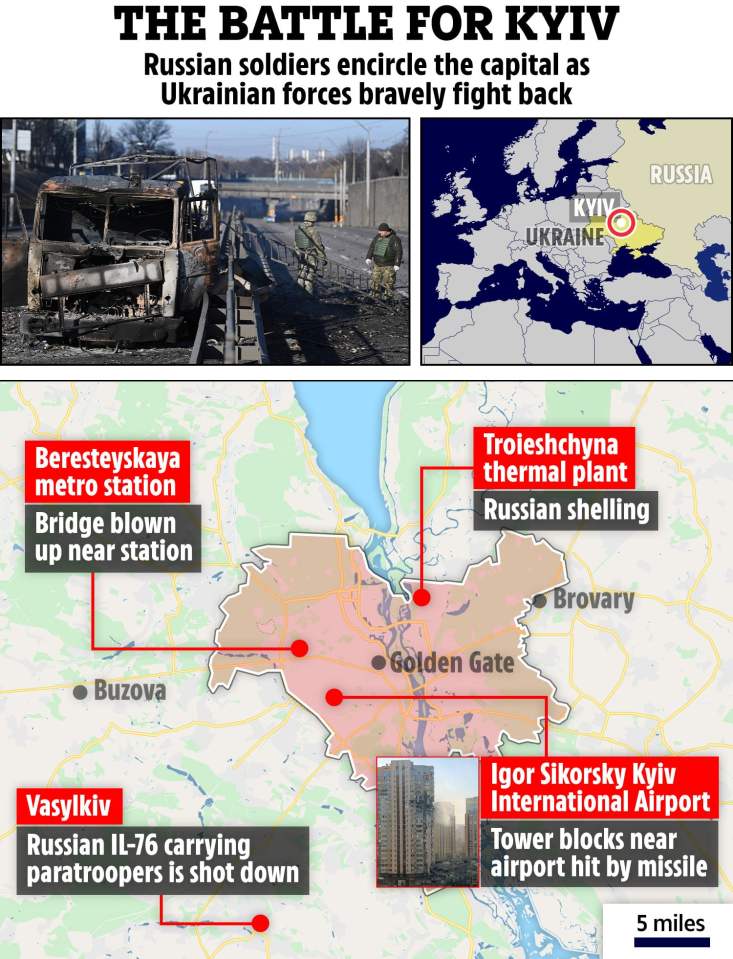 at February 27, 2022
Email ThisBlogThis!Share to TwitterShare to FacebookShare to Pinterest
Labels: BBC News