HUNDREDS of thousands of people died thanks to false AstraZeneca Covid jab claims, its creator has said.

Sir John Bell, at the heart of the project to launch the life-saving vaccine, has slammed EU politicians who caused confusion over safety last year.

Ahead of a BBC documentary on the vaccine, Sir John said scientists and politicians “probably killed hundreds of thousands of people” by seeding doubt in the jab.

He added: “They have damaged the reputation of the vaccine in a way that echoes around the rest of the world.

“I think bad behaviour from scientists and from politicians has probably killed hundreds of thousands of people – and that they cannot be proud of.”

Just as the British-made vaccine was being rolled out across the world last year in an effort to dent Covid numbers, multiple European nations paused use of it over blood clot fears.

Most countries U-turned and resumed vaccinations after the EMA said the jab was “safe and effective”.

Scientists warned the “super-cautious approach” taken by some leaders, following very small case numbers, would come at a cost.

Menopause treatment sold over the counter is great... but women need more

I shed staggering 7 stone WITHOUT stepping foot inside a gym

Europe’s drugs watchdog later said the clots should be listed as “very rare side-effects” of the jab, but people should continue to take it.

The UK’s MHRA also decided under-40s should be offered an alternative to the AstraZeneca Covid vaccine to offset the very rare risk.

Dr June Raine, Chief Executive for the MHRA, said the “risk remains extremely small” despite “evidence firming” up of links between jabs and blood clots.

But the early delay and fear sparked in vulnerable people during the initial crucial stage of the rollout across Europe is what experts fear caused the most damage.

After France’s president Emmanuel Macron called the vaccine “quasi-ineffective” in the elderly, doses were thrown away as people didn’t turn up to get it.

Elsewhere in Europe the AZ jab was seen as unsafe or as the budget option, as it was cheaper.

But the people behind it wanted it to be cheap and available for use all over world – deliberately making it not-for-profit at £3 a dose, a fifth of Pfizer’s jab.

It was even nicknamed the “Aldi vaccine” in Belgium, after the low cost supermarket. And Denmark completely ditched the life-saving jab.

Critics slammed the pause and bans as political moves rather than based on huge health worries – due to “nationalism” stoked around the vaccine race.

Sir John said: “I don’t think it made relations with Europe any easier that it was promoted as the British vaccine.”

“There was too much nationalism,” added Prof Adrian Hill, director of the Jenner Institute in Oxford, where the vaccine was developed.

“It was encouraging competition between vaccine types, between countries. That’s the last thing you want in trying to control the pandemic and provide vaccines for the world.”

At the end of last year the CEO of AZ suggested Europe’s failure to give the jab to elderly people could be behind a Covid wave which ripped through the continent.

Several countries saw fresh lockdowns in November because infections were so high and hospitals came under strain due to the influx of admissions.

It compared to a differing picture in the UK – which of course then changed when Omicron emerged the following month.

In the UK, first and second doses of AZ and Pfizer have almost been equally split. Booster shots are almost entirely Pfizer, due to the blood clot risk.

AstraZeneca: A Vaccine for the World? airs on BBC Two on Tuesday, February 8, at 9pm, or later on the BBC iPlayer (UK only). 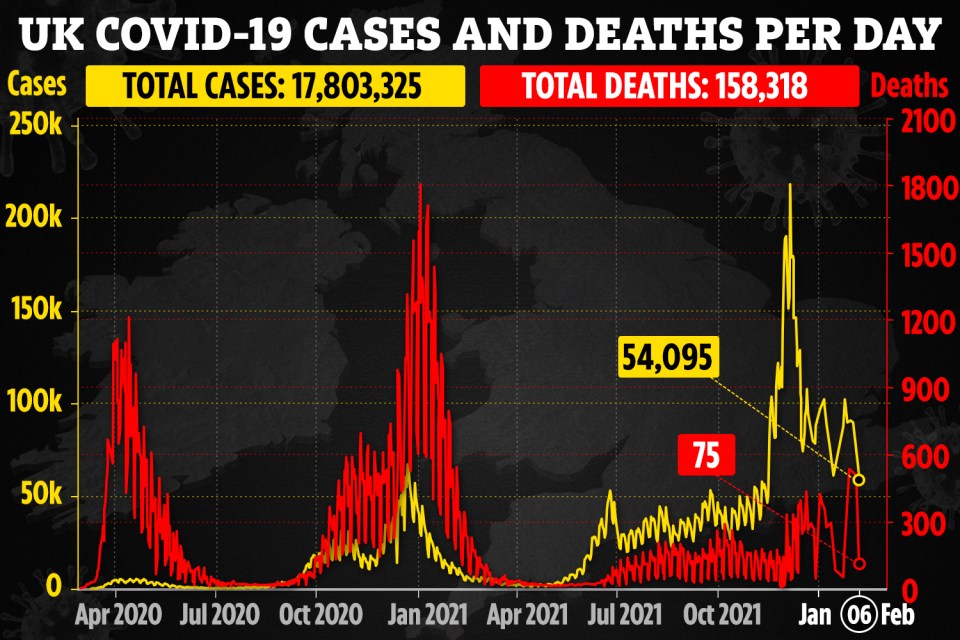 at February 07, 2022
Email ThisBlogThis!Share to TwitterShare to FacebookShare to Pinterest
Labels: BBC News