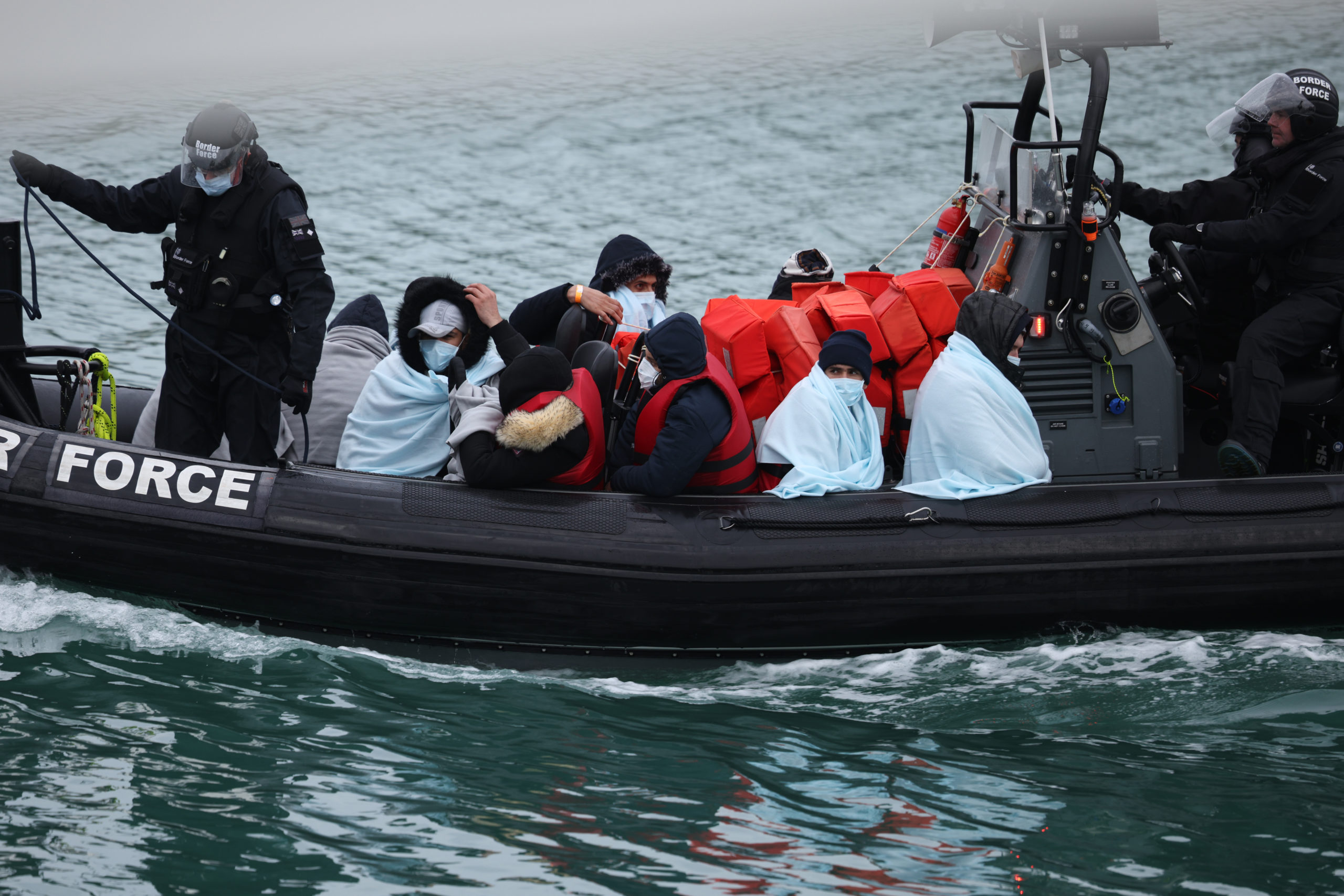 LONDON — Conservative MPs lined up to criticize a government plan to get the Royal Navy to halt undocumented migrants using small boats to cross the English Channel.

Defense Minister James Heappey was summoned to the House of Commons on Tuesday to defend the plan amid anger from some of his fellow party MPs and opposition lawmakers. Home Secretary Priti Patel said Monday that U.K. armed forces are set to take charge of operations looking to limit migrant crossings in the Channel.

Tory backbenchers raised concerns about the burden the plan could create on the already-stretched British military and questioned its efficacy in stopping arrivals in the absence of a post-Brexit agreement with the EU or its member countries to return undocumented migrants.

“This tactic may, on the face of it, look popular, with 28,000 migrants now crossing every year, send in the navy to sort it out,” said Tobias Ellwood, chair of the Commons defense committee. “But it is not the strategy that will solve the movement of migrants.”

Ellwood, who raised an urgent question in the House of Commons on the issue, said the situation in the Channel is “not an acute emergency” and warned, “There is a real danger of mission creep here, with further naval assets being sucked into this challenge.”

Edward Leigh, a former Conservative minister, questioned the use of the navy as a “taxi service” to pick up migrants at sea, in what he described as an “embarrassment” for Britain. Conservative MP Philip Hollobone said the plan would fail unless the U.K. can return migrants to France.

Desmond Swayne, another Conservative MP on the party’s right, warned the deployment of the navy “would have the reverse effect of that intended.”

Labour’s Shadow Defense Secretary John Healey accused ministers of being “desperate to distract attention” from accusations of lockdown-breaching parties in Downing Street. “The military are there to protect the nation, not to protect Tory ministers,” he said.

Heappey told MPs the government had been exploring “every avenue” to prevent further crossings and argued that by putting the navy in charge of policing channel crossings, ministers expect to achieve a “more robust response at sea” and reduce the number of migrants landing in the U.K. “as part of a wider system that is under development.”

Amid a report in The Sun newspaper of a split between the Home Office and Downing Street over tactics to deter migrant crossings, the minister ruled out the use of sonic weapons. He said that “neither the Royal Navy nor the Royal Marines will be engaged in pushback.” However, Border Force officials might still push back dingy boats in certain circumstances, he said.

Heappey also said any navy ships or seamen joining operations in the Channel would be those “already committed to home waters” and so would not be redirected from other missions.

Shortly after the debate, Ghana’s government also denied being in talks with the U.K. over offshore processing centers for asylum seekers, a move touted in U.K. media coverage at the weekend focused on Johnson’s domestic policy reset.

“The Ministry of Foreign Affairs and Regional Integration wishes to state categorically that Ghana has not engaged with the UK on any such plan and does not intend to consider any such operation in the future,” it said in a statement.

This article was updated to include Ghana’s statement on offshore processing centers.

* This article was originally published here
at January 18, 2022
Email ThisBlogThis!Share to TwitterShare to FacebookShare to Pinterest