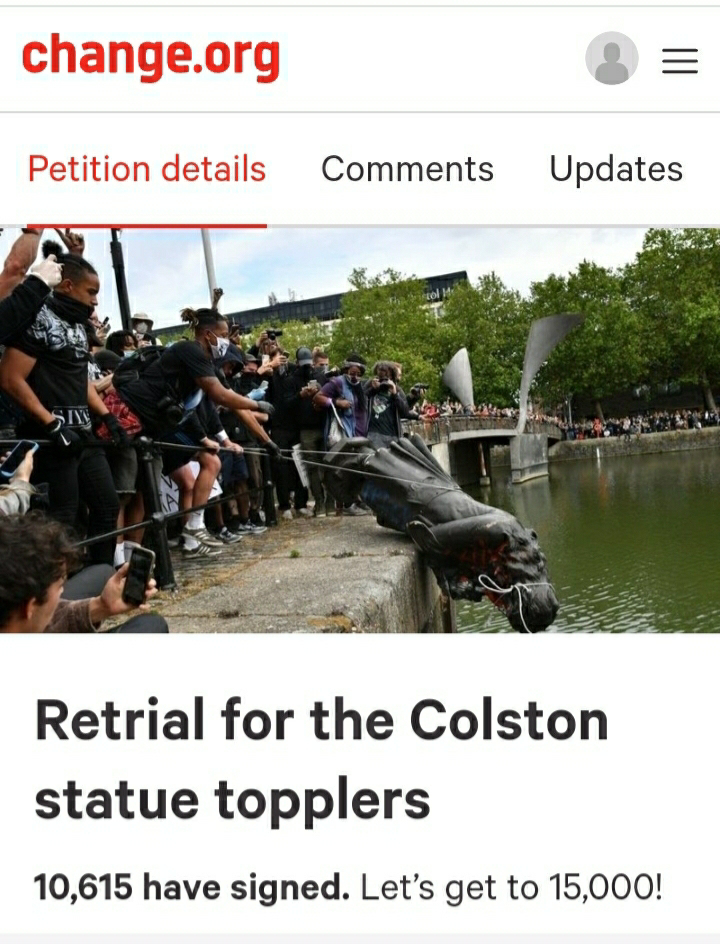 Vandals dressed up as heroes but only to the 'minority' woke leftist mob!
Since when have we lived in a country where lawless vandalism is acceptable?
It doesn't matter who this statue represented, this group of thugs are vandals and caused criminal damage to public property. The trial was a show and sends out a very bad message to the young and stupid.
Sign the petition