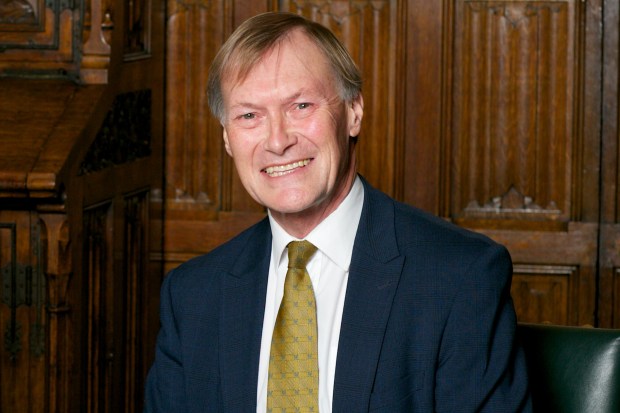 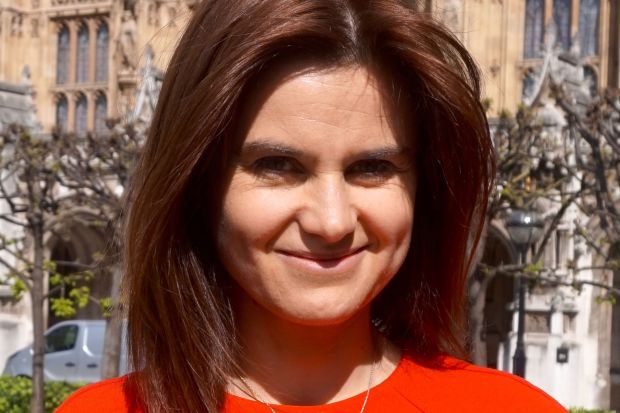 ANTI-TERROR cops have searched two London homes as they probe any links a suspect accused of murdering an MP may have to Islamic extremism.

A 25-year-old man is being quizzed today after Sir David Amess was slain as he spoke with constituents at a church in Leigh-on-Sea, Essex yesterday.

The suspect is a British national of Somali origin.

It is understood he lived in Sir David’s Southend West constituency after his family came to the UK from the war-torn East African country in the 1990s.

Initial investigations indicate the suspect was not known to counter-terror cops or security services.

Essex Chief Constable Ben-Julian Harrington confirmed that national counter-terrorism officers are leading the investigation after the horror was formally declared as a terror attack.

Raids were carried out overnight as a far-ranging investigation continues.

It’s understood Sir David’s killer had booked an appointment to see the MP before stabbing him 17 times.

He then sat quietly in the church beside the politician waiting for cops to arrive, it’s reported.

Witness Anthony Finch said the suspect was “quiet” as he was arrested.

“He was wearing jeans and a white top and was completely quiet,” he said.

“He was in his mid-20s and appeared to be getting into the police car willingly. He was compliant.”

John Lamb, councillor for neighbouring West Leigh, said Sir David was with two female members of staff when a man “literally got a knife out and just began stabbing him”.

Mr Lamb told The Sun that the two women, one of whom is PA Julie Cushion, were heartbroken.

He said: “They are devastated. I’ve no idea of the motive. He had no known enemies.

“I’m told the man was waiting calmly to be seen. It’s horrendous. So awful.”

Sources told The Guardian the suspect arrested had the same details as someone previously referred to the government’s anti-radicalisation programme Prevent.

Sir David was one of the longest serving MPs in the House of Commons.

He was a backer of Brexit and supported leave in the referendum, saying it was “dangerous” and a “mistake” to Remain.

The lifelong backbencher never served in any top government positions but was well-versed in how to lobby ministers from the backbenches.

The MP long had a passion for animals and was patron of the Conservative Animal Welfare Foundation – along with the PM’s wife Carrie. He also campaigned against fox-hunting.

On foreign policy, he voted for the Iraq war, but later was very critical about the failure to find any WMDs.

Earlier this year, Sir David launched a new campaign for a permanent memorial to Dame Vera Lynn, along with her family.

MPs said he was a genuinely well-respected politician and liked by members all across the spectrum.

He is married with one son and four daughters.

Home Secretary Priti Patel said questions are “rightly being asked” about the safety of MPs following the killing of Sir David Amess and she will “provide updates in due course”.

Robert Halfon, Tory MP for Harlow and a friend of Sir David’s, told The Sun: “He was the embodiment of Essex man.

“He was just the most wonderful and kindest and funny and compassionate politicians that we had the lucky to know in our lifetimes.”

Chancellor Rishi Sunak tweeted: “The worst aspect of violence is its inhumanity. It steals joy from the world and can take from us that which we love the most.

“Today it took a father, a husband, and a respected colleague. All my thoughts and prayers are with Sir David’s loved ones.”

Judith Cannon, deputy chair of the local conservative club and friend of Sir David told Sky: “I just don’t believe it, how anyone could harm a kind man like David, I don’t know.

“I cannot understand how anyone could be so wicked to harm this man.

“We love him dearly. Nobody is perfect but he is as near perfect as it’s possible to be.”

He said: “He’s a family man, he’s got four daughters and a son.

“He’s always trying to help people and especially refugees he’s tried to help. He’s a very amicable person and he does stick by his guns, he says what he believes and he sticks by it.”

History of violent attacks on MPs

Sir David is the latest MP to be killed while serving in office.

Labour MP Jo Cox was murdered in June 2016 by right wing fanatic Thomas Mair as she was on her way to a constituency surgery in Batley and Spen.

Her murder, which came just days before the EU referendum, sparked a national outcry and prompted politicians to massively ramp up their security.

Mair was jailed for life for the attack.

In 2010 Labour MP Stephen Timms was stabbed by a woman who claimed she was seeking revenge for his support of the Iraq War at his constituency surgery in east London.

His attacker, Roshonara Choudhry, 21 a radicalised student, stabbed Mr Timms twice in the stomach before his assistant managed to drag her off.

The surgeon who operated on him described the injuries he suffered as “potentially life-threatening”.

Lib Dem MP Nigel Jones was stabbed and his assistant, Andy Pennington, murdered, when a man brandishing a sword burst into his constituency and attacked him in 2000.

Attacker Robert Ashman spent 8 years in a secure hospital for the attack.

In 1990, the Eastbourne MP was was killed by an IRA car bomb at his Sussex home at the age of 53.

The MP for Enfield Southgate died in the IRA bombing of Brighton’s Grand Hotel, where Margaret Thatcher was staying for the 1984 Conservative Party conference.

In 1981, the Ulster Unionist Party was shot dead by the IRA while holding a constituency surgery in a Belfast community centre in 1981.

His car was blown up as he drove out of the parliamentary car park at Westminster in 1979.

Perceval is the only prime minister to have been murdered in office.

He was shot dead in the lobby of the House of Commons in 1812.

“My heart goes out to Julia, his family, and all who loved him. Let us remember him and what he did with his life.”

Theresa May wrote: “Heartbreaking to hear of the death of Sir David Amess. A decent man and respected Parliamentarian, killed in his own community while carrying out his public duties.

“A tragic day for our democracy. My thoughts and prayers are with David’s family.”

“He was a good and gentle man, he showed charity and compassion to all, his every word and act were marked by kindness. My heart goes out to his family.”

“A dedicated, thoughtful man and a true Parliamentarian, who lost his life while serving the constituents who he worked relentlessly for throughout his career.

“My thoughts are with his family and friends at this time.”

While Sadiq Khan said: “I am so deeply, deeply saddened by the tragic news that Sir David has passed away.

“He loved being an MP and was a great public servant. It is just awful.

“My thoughts and prayers, and those of all Londoners, are with David’s loved ones at this time of unimaginable grief.”

Yesterday’s stabbing comes five years after MP Jo Cox, 41, was gunned down and stabbed to death in broad daylight.

The Labour politician and mother was murdered by Thomas Mair, 53, who was sentenced to life imprisonment with a whole life order.

Her death was the first killing of a sitting British MP after the 1990 death of Conservative MP Ian Gow.

Jo’s husband Brendan Cox said: “Attacking our elected representatives is an attack on democracy itself.

“There is no excuse, no justification. It is as cowardly as it gets.”

“We are thinking of him, his family and loved ones at this distressing time.”

Sir David has been MP for Southend West since 1997 and first entered parliament in 1983.

Anyone with information or CCTV footage has been asked to call police on 101 quoting incident 445 of 15 October.