THE man arrested for the murder of Tory MP Sir David Amess has been named as Ali Harbi Ali.

The 25-year-old, who is a British national with Somali heritage, is not thought to have been previously known to the security services.

However, the investigation is still in its early stages and that could change if new details emerge.

The suspect was arrested on Friday at a Methodist church in Leigh-on-Sea, Essex, where the MP for Southend West had been meeting constituents.

Sources confirmed his name to the Sun this evening.

Anti-terror cops have searched two London homes as they probe any links the suspect may have to Islamic extremism.

Sources previously told the Guardian the man shares details with a person previously referred to the Government’s anti-terror Prevent programme.

The Prevent scheme asks the public and key workers to spot early signs of radicalisation.

'I'm not your role model'

The suspect is understood to have lived in Sir David’s Southend West constituency after his family came to the UK from the war-torn East African country in the 1990s.

In January 2019 ministers announced the creation of the Independent Review of Prevent as part of the Counter-Terrorism and Border Security Act.

In last years stats there were 6,287 referrals to Prevent – an an increase of 10 per cent compared to the previous year.

Prevent has long been opposed by many Muslim and Islamist groups in the UK including the Muslim Council of Britain. 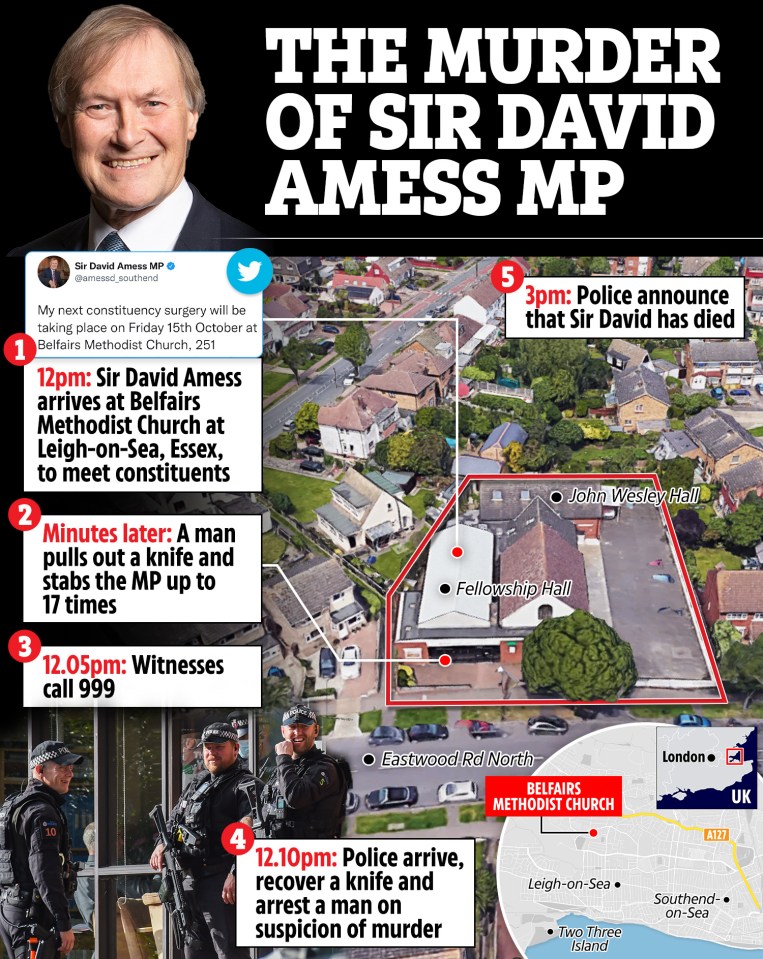