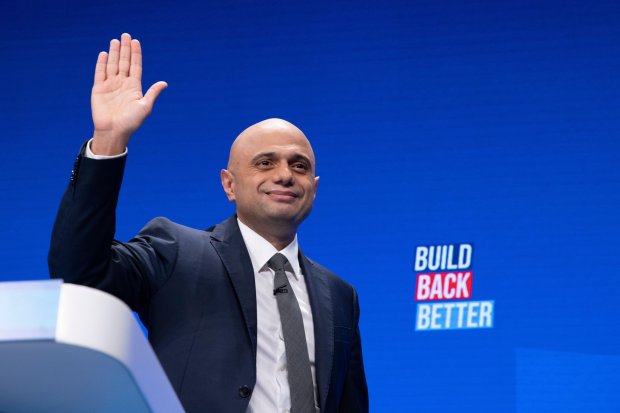 The dig at Theresa May and David Cameron will feature in his big party conference speech in which he will drive home his “levelling-up” message.

Boris Johnson will take aim at his predecessors in his party conference speech[/caption] He will vow to reset 11 years of Tory rule, which began with David Cameron in charge[/caption] Fellow ex-PM Theresa May will also come under fire for ‘dithering’[/caption]

He has used the three-day gathering of the party faithful to ram home his call for workers to get a pay rise from firms that have spent decades “drunk on cheap labour” thanks to unfettered EU migration.

The PM will attempt to reset 11 years of Tory rule, saying he will lead a “change of direction that has been long overdue in the UK to create a high-wage, high-skill, high-productivity economy”.

His reforming agenda will include a pledge to fix the massive issues around low pay, social care and the effects of Covid.

Mr Johnson will tell Tory members in Manchester: “After decades of drift and dither, this reforming government, this can-do government that got Brexit done, is getting the vaccine roll-out done and is going to get social care done.

‘LEVELLING-UP WORKS FOR EVERYONE’

“We are dealing with the biggest underlying issues of our economy and society. The problems that no government has had the guts to tackle before.”

And the PM will spell out his mission to level-up Britain with a promise to deliver “hope and opportunity” to millions of left- behind Brexit-backing Brits.

Stacey Solomon gives birth to fourth child on her birthday

Inside 'slum' estate where family offered £5,000 to anyone who'd swap homes

He will call levelling-up the “greatest project any government can embark on” and vow to leave no stone unturned to deal with the “biggest underlying issues of our economy and society”.

He will describe it as “our mission to promote opportunity with every tool we have” and to boost talent, genius, flair and enthusiasm evenly across the four nations of the UK.

Mr Johnson, who was spotted riding a bicycle in the convention centre yesterday, will tell loyal supporters: “There is no reason why the inhabitants of one part of the country should be geographically fated to be poorer than others.

“Or why people should feel they have to move away from their loved ones or communities to reach their potential.

“Levelling-up works for the whole country — and is the right and responsible policy.”

Today’s speech comes after the PM spent the second half of the conference hitting back at his critics.

We are dealing with the biggest underlying issues of our economy and society. The problems that no government has had the guts to tackle before.

He rejected pleas to keep the £20 Universal Credit uplift — saying taxpayers should not have to stump up the eye-watering £6billion a year bill to keep it going.

As millions of people see their benefits cut from today, the PM insisted: “What we won’t do is take more money in tax to subsidise low pay through the welfare system.”

Mr Johnson defended the £20-a-week cut as part of his plan to “do the difficult, long-term things”.

“This country is at a turning point and we can’t go on,” he vowed.

And he urged bosses to pay workers more, making the case for a “high wage, high-skill” economy that could be “much, much better”.

And Health Secretary Sajid Javid said the Tories would “always be the party of freeing things up, not locking things down” as he pledged a radical shake-up of the NHS to catch up after the pandemic.

He told the conference yesterday: “2022 will be a year of renewal and reform. At a time like this, business as usual cannot be good enough.”

It came as petrol and diesel prices reached an eight-year high yesterday.
Grilled on whether the nation was in crisis, Mr Johnson said: “No, I think that, on the contrary, what you’re seeing with the UK economy, and indeed the global economy, is very largely — in the supply chains — the stresses and strains that you’d expect from a giant waking up, and that’s what’s happening.”

QUOTE OF THE DAY

BREXIT guru Lord Frost said Foreign Office negotiators are “too nice” and “just want to be liked”. Scolding the erudite mandarins, he said the FO is seen abroad as the “the office for foreigners”.

JOKE OF THE DAY

HEALTH Secretary Sajid Javid on his proud mother: “When I told her about this job, she said, ‘Well you didn’t quite make it to GP, but at least you’re working in healthcare’.”

HERO OF THE DAY

BEN Houchen — according to Chancellor Rishi Sunak and Business Secretary Kwasi Kwarteng, who both love-bombed the Tees Valley Mayor at a party to celebrate the Tory success in the North.

VILLAIN OF THE DAY

at October 05, 2021
Email ThisBlogThis!Share to TwitterShare to FacebookShare to Pinterest
Labels: BBC News