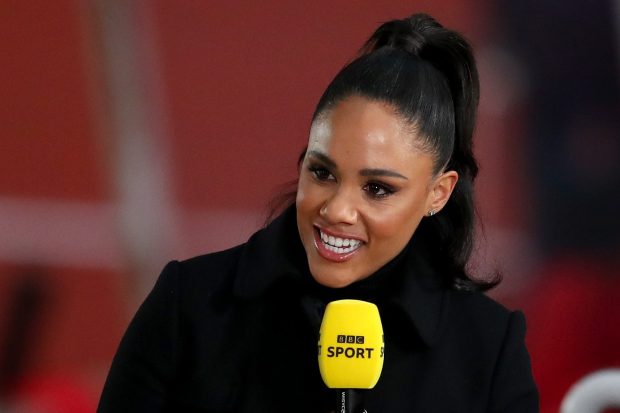 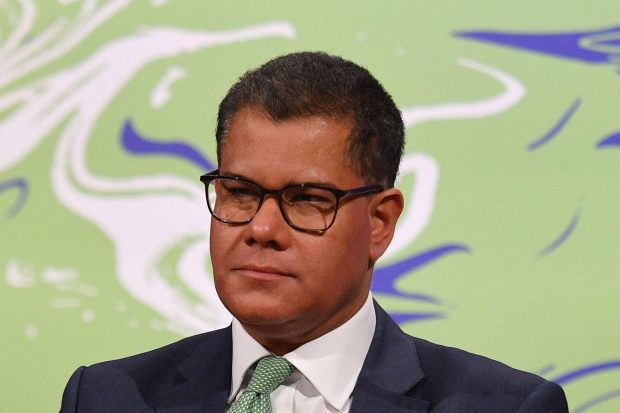 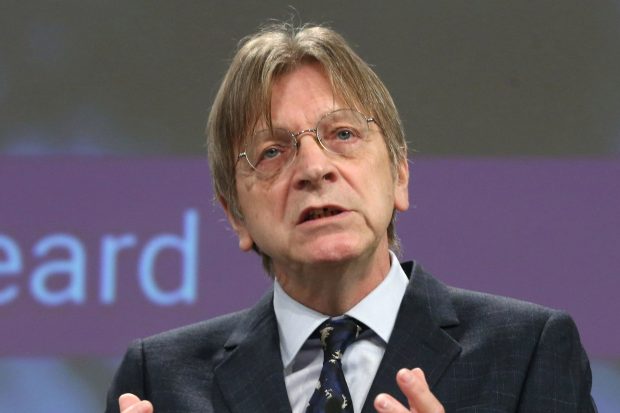 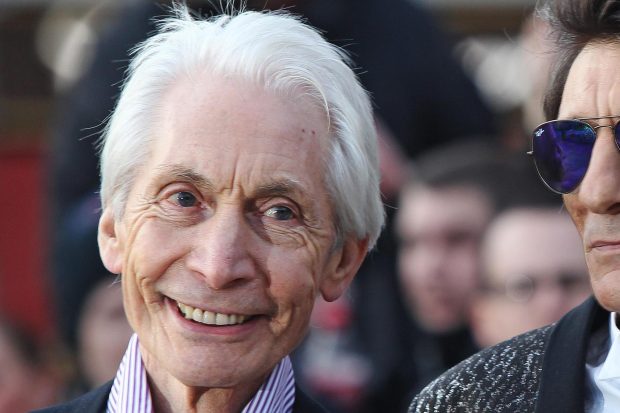 SKATEBOARD sensation Sky Brown became our country’s youngest ever Olympic medal winner with a performance that was sick, stoked and insane – and that’s a compliment, dude.

Sky only turned 13 last month, but already she has transcended her sport.

Most of the global audience who watched Sky win her bronze medal in Tokyo would not know an Alley-oop frontside grab — that trick where a skateboarder does a complete rotation in mid-air — from their elbow.

The most remarkable thing about Sky Brown’s story is that at 13 she has already come back from a ­skateboarding accident that could have killed her.

Sky was 11 when she fell 15ft from a ramp, an horrific fall that fractured her skull, broke her arm and wrist and lacerated her heart and lungs.

But Sky would not quit and has now inspired youngsters in every corner of the planet.

And ironically, Sky’s ­triumph came in the week that we were told footballs should be sold with a health ­warning.

“We should be thinking about health warnings,” insists Professor Willie Stewart, of the University of Glasgow.

“If we say that ­heading may lead up to dementia, that will help focus people’s attention.”

Professor Stewart’s research, published in the JAMA Neurology journal, found that professional players who spend years heading are up to five times more likely to get dementia.

Tragically, half of England’s 1966 World Cup winning team are said to have ­succumbed to dementia, most famously Jackie Charlton, whose struggle with the condition was movingly documented in the film Finding Jack Charlton.

But without minimising the heartbreak and trauma of dementia, it seems right to ask: Would Jackie and those other heroes really have wanted a different life?

You can’t take the very real risk of serious injury out of sport.

Should skateboards be sold with a health warning? Sky Brown’s skateboard almost killed her.

And what about a health warning on boxing gloves? Or F1 cars? Or BMX bikes? Charlotte Worthington took gold with an historic 360-degree backflip in the Olympic BMX Freestyle final. Exactly how dangerous was that breathtaking stunt if it all went wrong?

Simone Biles had a crisis of confidence after suffering an attack of the “twisties”- when a gymnast loses their sense of ­spatial awareness in the air — yet she came back on the Balance Beam, performing jaw-dropping backflips that won a bronze that will mean as much as any of her gold.

Sky was 11 when she fell 15ft from a ramp, an horrific fall that fractured her skull, broke her arm and wrist and lacerated her heart and lungs[/caption]

How about a health warning on horses? The most inspirational story of Tokyo 2020 was how Laura Collet came back from a ­horror fall that left her blind in one eye to win an equestrian gold medal.

Laura nearly died in 2013 when the horse she was riding fell on her.

She was left in a coma, with multiple fractures, lacerations on internal organs and with the optic nerve in her right eye pierced by a shattered fragment of ­shoulder bone. Just getting back on a horse after that is incredible.

That Laura could go on to win ­Olympic gold is — as Sky Brown would tell you — supersick.

These muted yet exhilarating Olympics have taught us that the human spirit has astonishing reserves of courage, resilience and grit. Nobody wants to see our sporting heroes injured. But sometimes they are inspirational not because of their success, but how they coped with ­accident, suffering and setback.

I met Muhammad Ali in the Eighties, when the terrible fog of Parkinson’s ­disease had just begun to claim him — a disease that was directly attributable to boxing.

But how can anyone think that Ali’s life would have been better if he had stayed in Louisville and never boxed? The world was enriched and inspired by the career of Muhammad Ali.

When Ali lit the Olympic flame in Atlanta in 1996 — by then fighting his losing battle against Parkinson’s — it was as inspirational as his fights against  Joe Frazier, George ­Foreman and Sonny Liston. How can anyone not be moved by the stories of Sky Brown, Laura Collet and, indeed, Jackie Charlton?

“He enjoyed his football,” Jackie’s widow Pat says simply. “Would you take that away from him? I don’t think so.”

All sport comes with risk — much like life itself.

And how do you put a health warning on life?

HAVING A DIG WAS WRONG

IT is bizarre that Lord Digby Jones should launch an attack on Alex Scott because of her working-class accent.

Alex, above, is currently by far the most likeable presenter on the BBC’s books.

She is smart, funny and charming. She looks great.

Working-class accents on the BBC are usually restricted to doing voiceovers between the programmes.

Alex Scott is the glorious exception.

Alex Scott is the glorious exception.

GARY NEVILLE should be the leader of the Labour Party.

Labour are hostage to a middle-class, metropolitan elite who live within walking distance of each other in Islington.

Gary Neville should be the leader of the Labour Party, says Tony[/caption]

Neville – mouthy, passionate, idealistic – would be a return to the roots of the party.

On the left for Manchester United and on the Left in his heart and soul.

Neville may be lined up to succeed Andy Burnham as mayor of Manchester if Burnham returns to the House of Commons in a bid to replace the faltering Sir Keir.

It is all far too slow to stop ten more years of Tory rule.

If Labour had any common sense, they would be fast-tracking Neville to take over from Starmer now.

But a party that can elect Jeremy Corbyn as its leader probably does not have an abundance of common sense.

FOR the second summer running, a foreign holiday is just a wild dream for most of us.

So we can only marvel at the way climate tsar Alok Sharma is zipping about the globe.

Mr Sharma, above,  has flown to at least 30 countries this year without spending one day in quarantine.

It is a bit like Michael Gove jetting off to attend the Champions League Final between Chelsea and Manchester City – then avoiding isolation when he came home.

JAB IS BOOST FOR ALL

ACCORDING to the Department of Health, only around 67 per cent of those aged 18 to 29 have had their first Covid jab.

The Government plans to bribe the rest of them.

Figures show only around 67 per cent of those aged 18 to 29 have had their first Covid jab.[/caption]

The patronising “vaccines for vouchers” scheme will offer reluctant youngsters vouchers for takeaway food and discount taxi fares, with bonus points for those who take a selfie outside a vaccination centre.

Possibly – this would not be the first Govern-ment to try bribing its youth into getting vaccinated.

The White House is partnering with dating platform Tinder to offer greater access to fully vaccinated lonely hearts, while the state of New Jersey was offering a tempting “get vaccinated, receive a free beer” scheme a month ago.

In Gujarat, India, women were offered a free gold nose pin for getting jabbed, while men received a hand blender.

And yet there is something inherently distasteful about bribing young people to the life-saving jab.

Do it for yourself.

Do it for your family.

Do it for society.

Do it so you can hug your nan with a clear conscience.

Do it because 20 per cent of the seriously ill Covid patients are now under the age of 35.

And do it because there is no chance of ever going abroad again if you have not been double-jabbed.

Just don’t do it for a free pepperoni pizza.

“EU combined has more gold medals than US or China.”

Time to toon out

THE PRINCE, a new American cartoon for adults, is puerile trash that depicts Prince Philip (who died at the age of 99) as a drooling wreck and Prince George (eight) as a foul-mouthed brat.

The Prince, a new American cartoon for adults[/caption]

The mystery  is why respected English actors like Orlando Bloom and Frances de la Tour are involved with  this garbage.

Are they that desperate for work?

Students deserve gold medals... not just A grades after a tough year

Why can't we honour heroes as normal people rather than pouting Barbie dolls?

Why I'm definitely getting my child jabbed - and you should too

CHARLIE IS THE STONES' BEATING HEART!

CHARLIE WATTS, 80, has been ruled out of the Rolling Stones’ US tour after having an emergency procedure in London.

The band have survived the assorted feuds of Mick and Keith, drugs, Altamont, the death of Brian Jones and 59 long, hard years.

They could not survive losing Charlie.