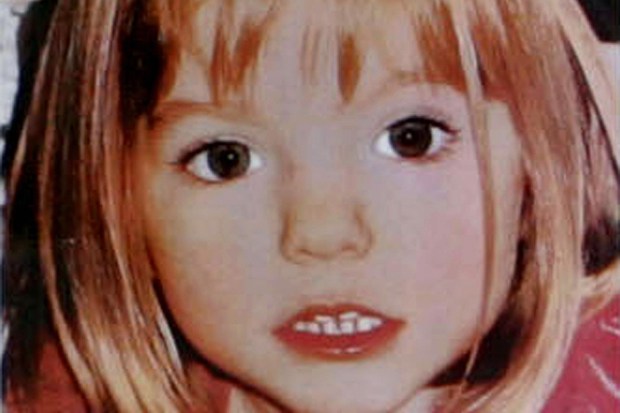 SCATTERED over a couple of hectares of scrubland in a backwater of the former communist German Democratic Republic sits a collection of derelict buildings, strangled by half a century of neglect.

Visiting the former factory where cardboard boxes were made in Neuwegersleben was a vital part of my 14-year journey into the heart of darkness.

The grim former box factory that Christian B paid €36,000 to buy at auction a couple of years after Maddie ­vanished[/caption] Christian B, now the prime suspect in Madeleine McCann’s ­disappearance from a holiday apartment in Portugal in May 2007[/caption] Looking recently dug up, and ­certainly not appearing in a single photo or video I had seen of the box ­factory, was what almost looked like a shallow grave[/caption]

I was heading through Germany to meet the chief prosecutor in the case against German paedophile Christian B, now the prime suspect in Madeleine McCann’s ­disappearance from a holiday apartment in Portugal in May 2007.

But I had to examine the box factory that blond-haired B paid €36,000 to buy at auction a couple of years after Maddie ­vanished.

It was here that police found more than 8,000 sickening photos and ­videos of sexual abuse he had hidden in a Lidl bag under the body of B’s buried dead dog Charlie.

I arrived on a sunny afternoon in June this year to find nobody else about.

Walking into the wide-open expanse, I began to realise what an incredible opportunity this could have been for a pervert like B, who told friends he wanted the property for a car repair garage or a sculpture garden.

Dozens of openings led down to dark spaces, some interlinked and others full of rubbish, including a crate full of empty Jagermeister ­miniatures.

‘Raised me to hate’

Scrawled on a wall in red were the words, “Mein freundin hat mich beloneen betrogen zum hass eerzogem”, meaning: “My girlfriend lied to me, cheated on me and raised me to hate.”

RETURN OF THE KING

How Gogglebox star Andrew Michael made ‘ultimate sacrifice’ for his family

The handwriting was very similar to B’s.

Pushing a heavy garage door ajar, I found a pair of dirty mattresses propped up against the wall, a tub full of empty alcohol bottles and a broken pair of women’s sunglasses.

Could this be where B made some of his vile videos?

There was only one small window, with reinforced glass, so this place would fit the bill.

In a 2013 Skype chat with an online friend, he talked about “capturing something small” and added ­chillingly, “particularly if evidence is destroyed afterwards”.

Could that have referred to a woman or child?

With his words etched in my brain, I did a double-take when I wandered to the back of the small annexe.

Looking recently dug up, and ­certainly not appearing in a single photo or video I had seen of the box ­factory, was what almost looked like a shallow grave.

It measured approximately 5ft long and 18in deep.

A pile of rubble, with chunks of concrete at the bottom, was next to it, while an empty bottle had been thrown in, almost for decoration. It felt extremely sinister to me.

Throughout the building were large circular symbols in an electric orange colour on the floor at the threshold of each section, probably sprayed by police as they finished inspecting a room.

Madeleine McCann ­disappeared from a holiday apartment in Portugal in May 2007[/caption] Scrawled on a wall in red were the words, ‘Mein freundin hat mich beloneen betrogen zum hass eerzogem’, meaning: ‘My girlfriend lied to me, cheated on me and raised me to hate’[/caption]

Chief prosecutor Hans Christian Wolters later confirmed to me that police have been back to the box ­factory over the past year but he did not reveal what, if anything, had been in what looked like the shallow grave I had seen.

In the biggest building that had — according to locals — once housed around half a dozen of B’s vehicles, including his Tiffin Allegro campervan, was a small light-blue Renault Twingo. He had driven it, laden to the gills, from his home on an allotment in nearby Braunschweig on April 2, 2016, just before fleeing again to Portugal.

The car was in a woeful state, with all its windows smashed and number plates missing.

Curiously, it was riddled with bullet marks. Lots of them.

I opened the boot and underneath the spare tyre was a pair of surgical scissors. When I later brought this up with the prosecutor, he scoffed: “What would I be expecting to find on it?”

I might as well have replied: “DNA of Maddie’s.”

We were speaking on the first anniversary of the announcement that Christian B was a prime ­suspect in Maddie’s 2007 abduction.

Since then B has accused the prosecutors of bringing shame on the German legal system, calling for Wolters and his colleague Ute ­Lindeman to resign.

When I brought this up, chief ­prosecutor Wolters laughed out loud and said they had “concrete evidence” over B and that it would “just take more time to conclude the case”.

He said: “It is still a murder inquiry and we still only have ‘Christian B’ as a suspect.

“But, yes, we are missing some key information and I can’t say if I am confident of solving the case or not.

“All I can say is Christian B is our only suspect in the Madeleine McCann investigation.

“However, as you can see from the fact we have not pressed charges yet, the evidence could definitely be ­better. Equally, though, it hasn’t ­worsened since last year.

“If we had been given an alibi that Christian B couldn’t be the perpetrator, then we would obviously cease investigating.

“Just because we don’t announce anything new doesn’t mean we have not found anything new.”

When I asked about the files ­containing 8,000 depraved pictures and videos — some of them featuring B himself — found at the box factory, Wolters told me: “There are many more.”

I understand from another source it could be as many as 20,000.

And a very good source close to the police investigation has revealed a SIM card found at B’s box factory was linked to a British ­holidaymaker whose apartment in the Ocean Club, from where Maddie disappeared, was robbed during a holiday in Praia Da Luz.

I believe the cash B used to buy the motorhome found in the box factory came from a burglary in Portugal.

His former girlfriend used inside knowledge to help B steal €100,000 from a family where she worked as a babysitter.

She has been interviewed three times about her relationship with B and prosecutor Wolters confirmed he has not ruled out charging her in connection with the 100,000-euro theft.

Only recently, her father said to me that B openly told him he had used the motorhome found at the box factory to smuggle drugs and children.

While German prosecutors are convinced Madeleine is dead and the investigation is a murder inquiry, British police continue to call it a missing person inquiry.

Some suggest this is out of respect for the McCann family but I think it is entirely justified until German police offer up the ­evidence that proves she is dead.

And there is some possibility that Maddie may still be alive.

©  Jon Clarke. Extracted from My Search For Madeleine by Jon Clarke, to be published by OP Books on Thursday, £10.99 from Amazon or info@opbooks.eu. Also ­available on Kindle.

Curiously, the car in the factory was riddled with bullet marks. Lots of them[/caption] In the boot and underneath the spare tyre was a pair of surgical scissors[/caption]

AFTER years of investigation there are still so many unanswered questions. Why hasn’t more been done on the ground in Portugal, and Germany, digging up B’s former properties and places of interest, looking for evidence?

Surely if he buried 8,000-plus files at the box factory, he could have buried more elsewhere.

Yet despite a couple of haphazard searches in wells by Portuguese police in late 2020 there has been remarkably little activity going on in the Algarve to solve the case.

Why haven’t they excavated the infamous Yellow House in Praia da Luz where B lived?

Why haven’t police dug up Villa Bianca in Foral, where he spent considerable time?

The villa’s present owner has no objections but the police do not seem interested.

Another owner, Sabine Sellig, has pleaded with police to dig up the grounds of the allotment home B lived in near Braunschweig, in Germany, saying she worries she could be sleeping on “top of the body of Madeleine McCann”.

TAKEN…BUT SHE COULD BE ALIVE

I HAVE long been intrigued by the many claimed sightings of ­Maddie on the Spanish coastline in the years after she vanished.

She was seen in up to a dozen places, a number of which I personally investigated. I believe two could genuinely have been her.

I think it is highly likely that if B snatched Maddie he drove her inland to the village of Foral where she was kept for one or two weeks – perhaps by a group of paedophiles – before being driven across an unmanned border into Spain.

There was a highly credible sighting of a man fitting his description on May 28, 2007, at Tunnels ­restaurant in Alcossebre, a little-visited seaside town north of Valencia.

This part of the coastline sees few British tourists, which would have been important for B if he was travelling with ­Maddie, who was by then known to everyone in the UK.

The restaurant sits in a wild, ­isolated place called Capicorb and I spoke to two witnesses who are certain that they saw his ­yellow-and-white VW Westfalia van with German plates there.

One of them saw a girl identical to Maddie walk out of the restaurant around 11am and get into it.

Juan, a handyman at the restaurant, still swears: “It was Maddie.”

He has been saying for 13 years he saw her that day but nobody believed him because the restaurant is 1,000km from Portugal. Juan, who is in his sixties, says the girl’s face was strangely recognisable.

He told me: “I came home thinking, ‘Where have I seen her face?’ Later, I remembered I had seen her on the news. It was the English girl, Maddie. I had no doubt it was the girl I had seen.”

Even after all these years, the image is clear in his mind. Juan said: “Then there’s that man. The ‘Christian’ guy. I’m sure he was driving that van.”

Juan insisted the restaurant owner call the Spanish Guardia Civil, which came to ask for CCTV but the ­restaurant did not have cameras.

Incredibly, I ­managed to find a link to the tip-off in Portuguese Judicial Police files and learned that the sighting was being taken seriously.

I discovered that a Leicestershire policeman, DC John Hughes, issued an international Interpol alert with a “risk-to-life missing person” warning, demanding that both Spanish and German police investigate the claims.

I don’t believe local police ever acted on it properly. I am ­simply not convinced they went out of their way to ­eliminate this “German man” from their enquiries.

This could well have been the best chance to have caught Maddie alive so far.

We must never give up hope she might still be alive and the police finally charge B with her kidnapping. Only time will tell.