Foreign Secretary Dominic Raab joined a Western alliance of the US, Canada and EU to freeze travel and assets for seven top officials in the ruthless regime.

They also crippled a major Belorussian oil firm with tough restrictions to choke off one of the country’s main cash streams.

Mr Raab lashed back at brutal strongman Alexander Lukashenko for ordering flight FR4978 to land in Minsk on May 23.

Dissident blogger Roman Protasevich and his girlfriend Sofia Sapega were dragged off and slung in jail – where they remain.

Belarus was accused of “air piracy” after allegedly threatening to blow up the plane if the pilots didn’t immediately divert from its path to Lithuania.

“We will hold the regime to account in co-ordination with our allies including through further banning travel, freezing assets and cutting off oil export revenue streams.” 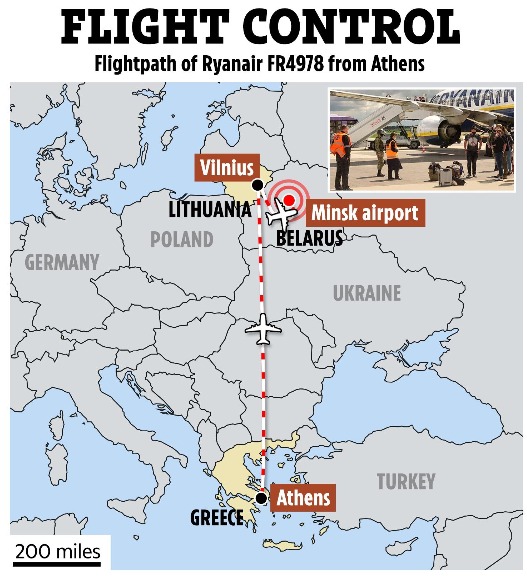 The democratic quartet took aim at the regime’s atrocious human rights record – and rowed in behind “the long-suppressed democratic aspirations” of the Belorussian people.”

Four officials and one organisation were also sanctioned in retaliation for the regime’s continued aggression.

President Lukashenko – Europe’s last dictator – and his family have already been stung with sanctions.