THE EU’s coronavirus crisis has forced Italians to book vaccine appointments in SERBIA for Chinese and Russian Covid jabs.

It comes as another humiliation for the bloc with a third wave ripping across the continent and a vaccine shortage.

According to Italian media outlet Corriere Della Sera, doctors in Italy are now attempting to book vaccine appointments in Serbia, a country that has 26 per cent of the population vaccinated.

Serbia, which is located outside of the EU, has seen an increase in the number of inoculations due to its deals with China and Russia for their jabs Sinopharm and Sputnik V.

Although not approved by the European Medicines Agency, Italian doctors are continuing to book vaccine appointments.

Italian citizens are now booking appointments through the Serbian consulate in Milan and the embassy in Rome, Corriere Della Sera reported.

In Serbia, vaccines are free for foreigners and people with or without a residence permit.

Last weekend thousands of Europeans crossed borders to get their free jabs in Serbia.

In just three days, more than 22,000 foreigners had been vaccinated.

The Serbian government reported that 2.5million doses of the vaccine have been shipped to the country with more than 500,000 arriving from China over the weekend.

By the end of April, Serbia aims to have vaccinated 40 per cent of the population. 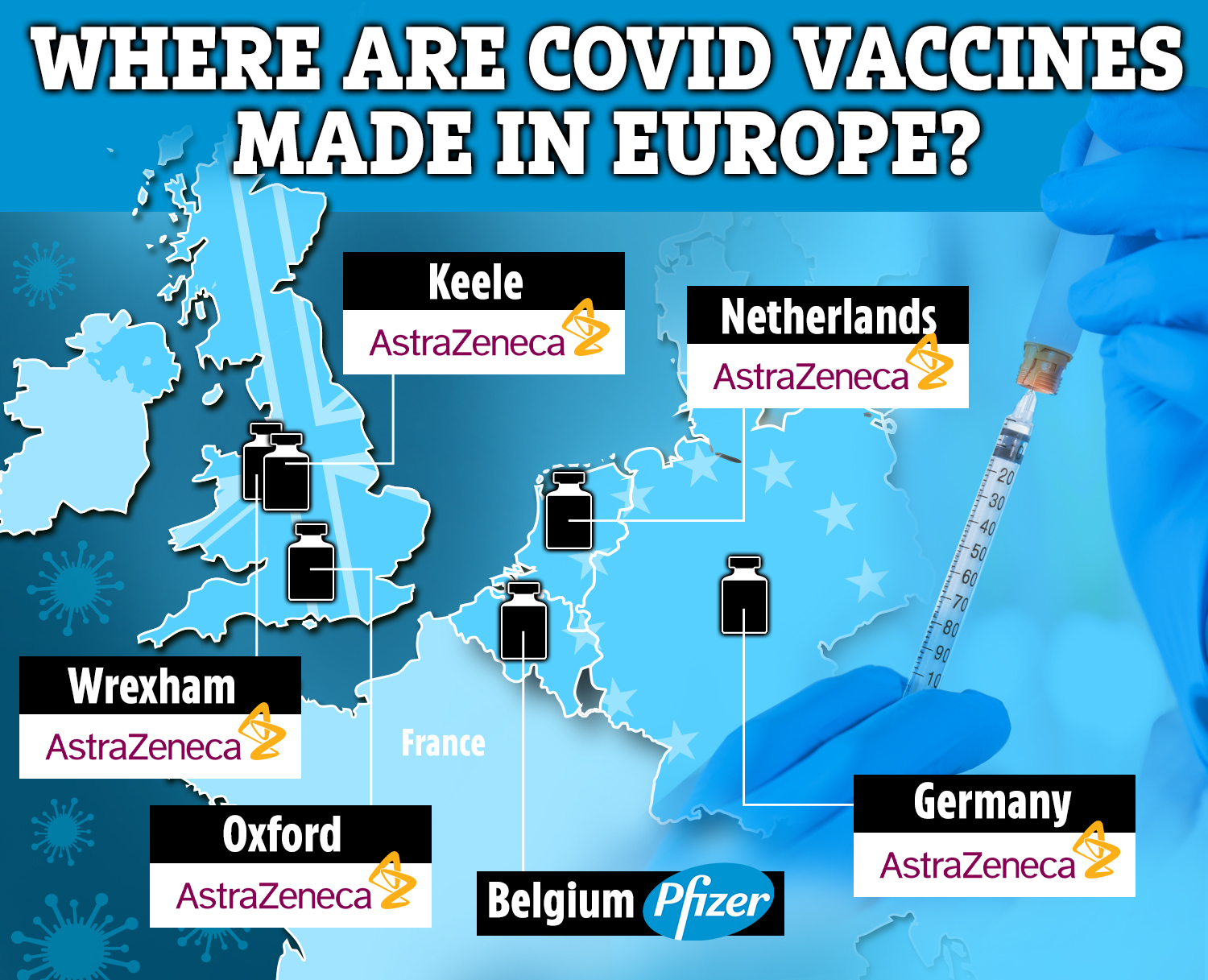 Last month, Italy’s Prime Minister revealed that he was prepared to secure a deal with Russia for the Sputnik V vaccine.

It comes as a further blow to the EU after Pfizer accused the bloc of delaying the supply of its jabs to countries that are in desperate need of vaccines.

The drug maker has slammed export controls which it says have become a “significant burden” for production at its plant in Belgium, which supplies the UK and 70 other countries.

Danny Hendrikse, its vice-president for global supply, told The Times that regulations introduced in February put new pressures on the supply chain.

He said the company is now required to notify the Belgian government in advance about every parcel of vaccines it plans to export and approval must then be granted by the European Commission.

The Pfizer jab was the first to be given the green light by regulators and vaccinations began in the UK in December.

Boris Johnson has said that the UK has stockpiled 40million doses of the jab.

Most resumed after the European Medicines Agency (EMA) ruled the vaccine was safe for all ages.

Yesterday, an official from the EMA claimed that there is a “link” between the AstraZeneca Covid vaccine and rare blood clots.

Regulators in the UK and the European Union have both stated the jab is “safe and effective”, while they carry out ongoing reviews.

Speaking to Italy’s Il Messaggero newspaper, the EMA’s head of vaccines Marco Cavaleri said it is not yet clear what is causing blood clots from the jab.

The EMA is expected to provide an updated assessment on the jab at some point this week.

Its current findings state that a “causal link between clots and the vaccine is possible”.

How effective is the Moderna Covid vaccine?

Unpaid carer, 24, is first in UK to have Moderna Covid jab as rollout starts

Yesterday the PM defended the AstraZeneca vaccine after Europe raised more concerns about its rollout.

He said getting the population vaccinated was “the key thing”.

The PM told reporters at AstraZeneca’s Macclesfield plant it was “very important to stress that the best thing of all is to vaccinate our population, get everybody out getting the jab, that’s the key thing and that’s what I would advocate, number one”.

Italian doctors have been booking vaccine appointments in Serbia[/caption]