ANGELA Merkel has admitted a “mistake” as she reversed a planned strict Easter shutdown as the EU’s vaccine chaos rolls on.

Brussels is threatening to block vaccine exports to the UK as the continent is engulfed in a third Covid wave.

Merkel wanted to impose an almost complete shutdown over the Easter holiday, in response to the third wave of coronavirus infections.

She also wanted to extend Germany’s lockdown, meaning restrictions would in place until April 18.

But she said she was reversing a decision for a stricter shutdown over the Easter holidays, saying it had been a mistake because it was not practical.

“This mistake is my mistake alone,” she said.

“The idea of an Easter shutdown was created with the best of intentions.

“At the same time, of course I know that this whole matter triggers more uncertainty I regret that deeply and I apologise to all citizens.”

Her dramatic u-turn comes as millions of AstraZeneca vaccines are sitting unused across Europe as the EU tries to block exports of the jab to the UK. 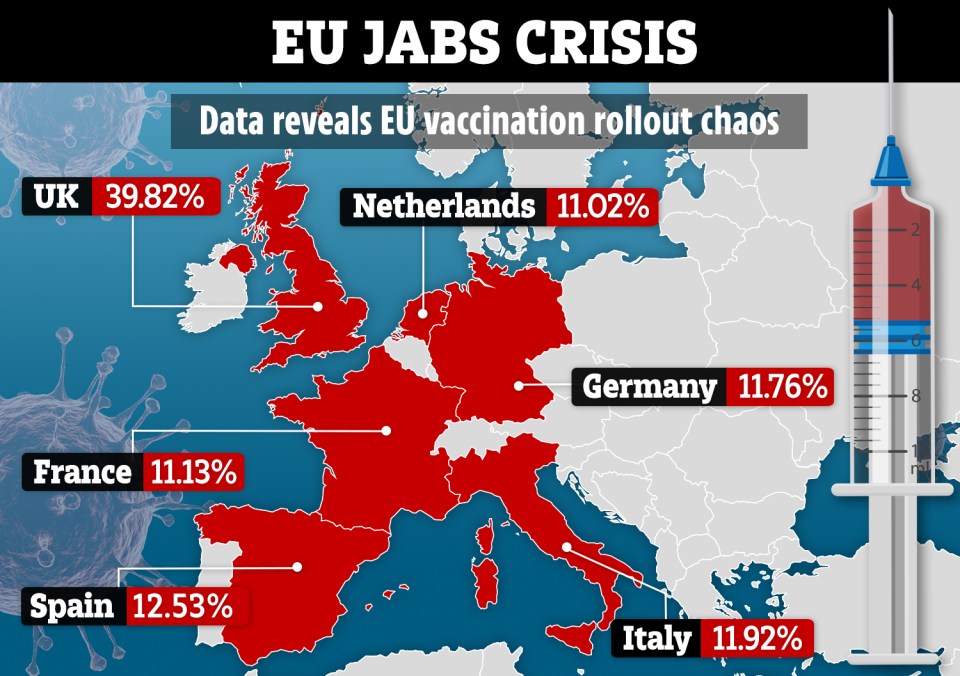 Despite the stockpiles, the European Commission has beefed up its export ban prevent what it sees as an unfair one-way flow of vaccines.

not the place for a 3-point turn!

The EU has had export ban powers in place since late January, but up until now it could only hit companies failing to fulfil their contracts with the bloc.