TWO thirds of Italy’s population will be plunged into a third lockdown from next week amid a surge in coronavirus cases.

Prime Minister Mario Draghi today signed off a new decree that will see restrictions tightened in Covid “red zones” – as countries in the EU continue to struggle with the vaccine rollout. 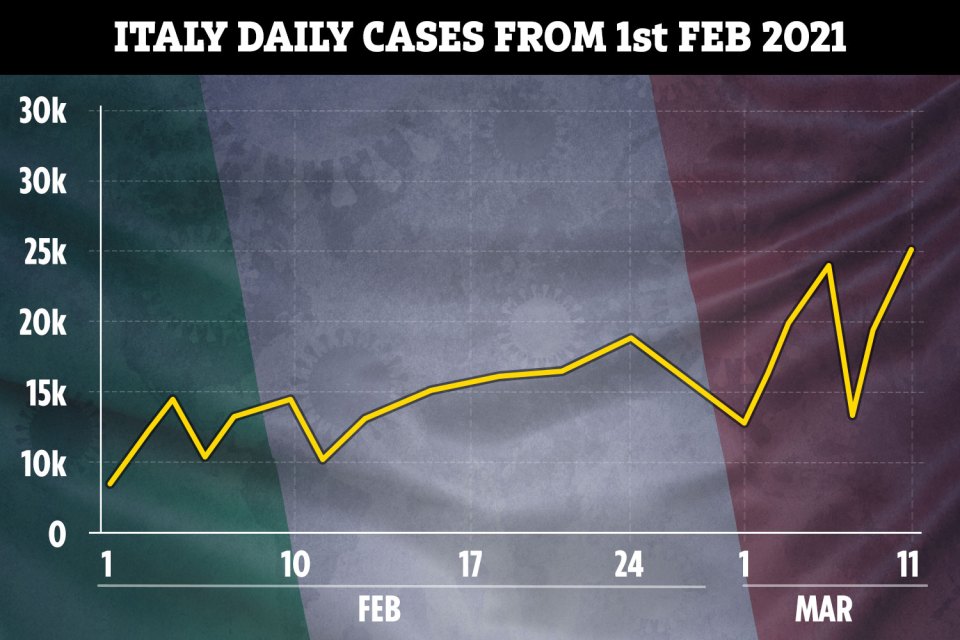 Large swathes of the country, including Rome and Milan, will see lockdown measures reimposed from Monday, according to local reports.

The restrictions will stay in place until the Easter weekend – during which the entire nation will enter a lockdown.

All non-essential shops will be closed from April 3 until April 5, with members of the public only allowed to leave their home for work and health reasons.

It comes after the government announced the closure of all schools at the beginning of March following the spread of a highly transmissible new variant first discovered in the UK.

Mr Draghi today told reporters that the country had seen an increase of almost 5,000 coronavirus patients being admitted to hospital in the past week, with a further 600 in intensive care.

Fatalities have also risen in recent weeks, with Italy passing the grim milestone of 100,000 Covid deaths earlier this week – the second highest toll in Europe. 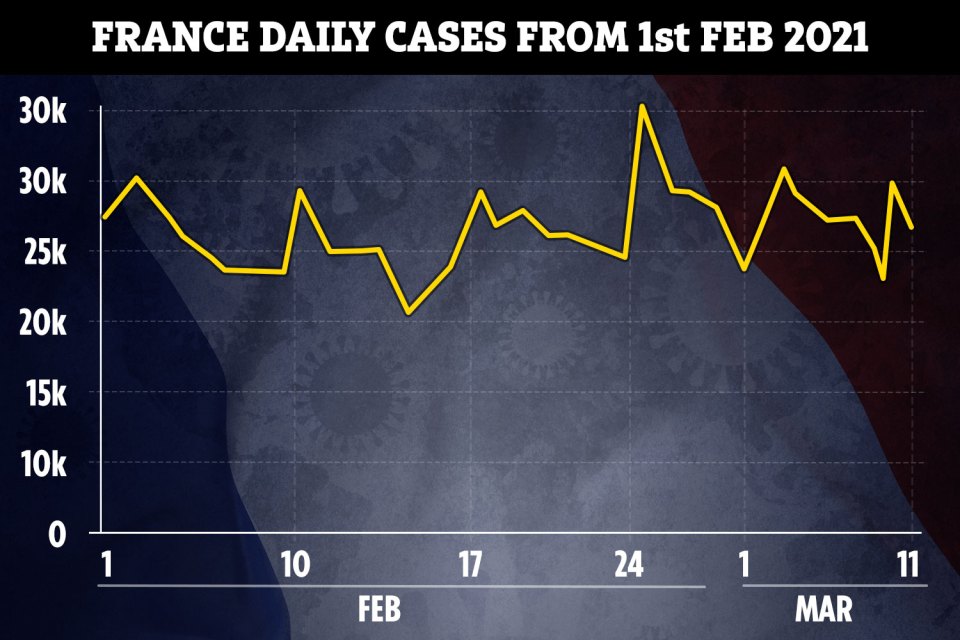 Meanwhile, the EU has struggled with the vaccine rollout, which has been hampered by production delays, political infighting and public skepticism over the Astrazeneca jab.

France, in particular, has seen a low uptake among adults following a wave of anti-vax sentiment.

New statistics revealed that half of all adults in the country would refuse the jab following scaremongering from French President Emmanuel Macron about the Astrazeneca vacine.

It comes despite new findings showing just one shot of the British-made jab slashes older people’s risk of being taken to hospital with the disease by 94 percent.

But Macron last month claimed the Oxford vaccine “doesn’t work” on those over the age of 65.

And the latest polls show that a staggering proportion of French adults may now refuse the jab, Sky News reports.

Boy, 13, in isolation on 1st day back at school after mum cut hair too SHORT

Amid the reluctance to get a jab, hospitals in Paris are buckling under a soaring number of Covid patients.

The number of people with Covid in intensive care in the Paris region is at its highest since November.

Meanwhile the UK has sped ahead in its immunisation campaign with over 24 million Brits now vaccinated.