If Brussels begins its Oxford vaccine blockade, the pain should reluctantly be reciprocated

BORIS Johnson is trying to be diplomatic in the face of deranged EU provocation. Good luck with that, PM.

But we fear it will not suffice to take the moral high ground and be more statesmanlike than the clowns in Brussels and the capitals of Europe.

Boris Johnson is trying to be diplomatic in the face of deranged EU provocation, but he must retaliate if they block vital vaccines reaching us[/caption]

If they block vital vaccines reaching us, we must retaliate to persuade them to change course. Even by holding their Pfizer jab ingredients at the UK factory.

Give Northern Ireland border checks the boot for the foreseeable too.

The PM’s warmth towards our “European friends and allies” is a triumph of hope over experience. Their habitual aggression from the instant we voted Leave in 2016 has erupted into naked hostility more redolent of a rogue state.

A huge US study now says the Oxford AstraZeneca jab is totally safe and near-miraculous in its protective powers. But EU leaders, terrified by Brexit Britain’s vaccine success, have already falsely convinced millions it’s a dud.

So millions of vials sit untouched in EU fridges. But they are hell-bent on securing more, demanding AstraZeneca breaks its watertight UK contract to supply them instead.

These are life-saving drugs we part-funded and ordered from a private company. The EU knows it has no legal right to them. It aims to steal them, even to block ALL jab exports to Britain.

Why deprive a neighbouring country of a vaccine you do not intend to use? For one reason only: To handicap our rollout, even though more Brits will die.

The EU’s Brexit derangement may last years. Much sooner, its misled citizens will note our soaring Oxford jab totals and plummeting Covid deaths and wonder if, just maybe, the two are linked.

For the time being Britain must ­re-focus, and concentrate our trade, on our true friends around the world.

And if Brussels begins its blockade, the pain should reluctantly be reciprocated. 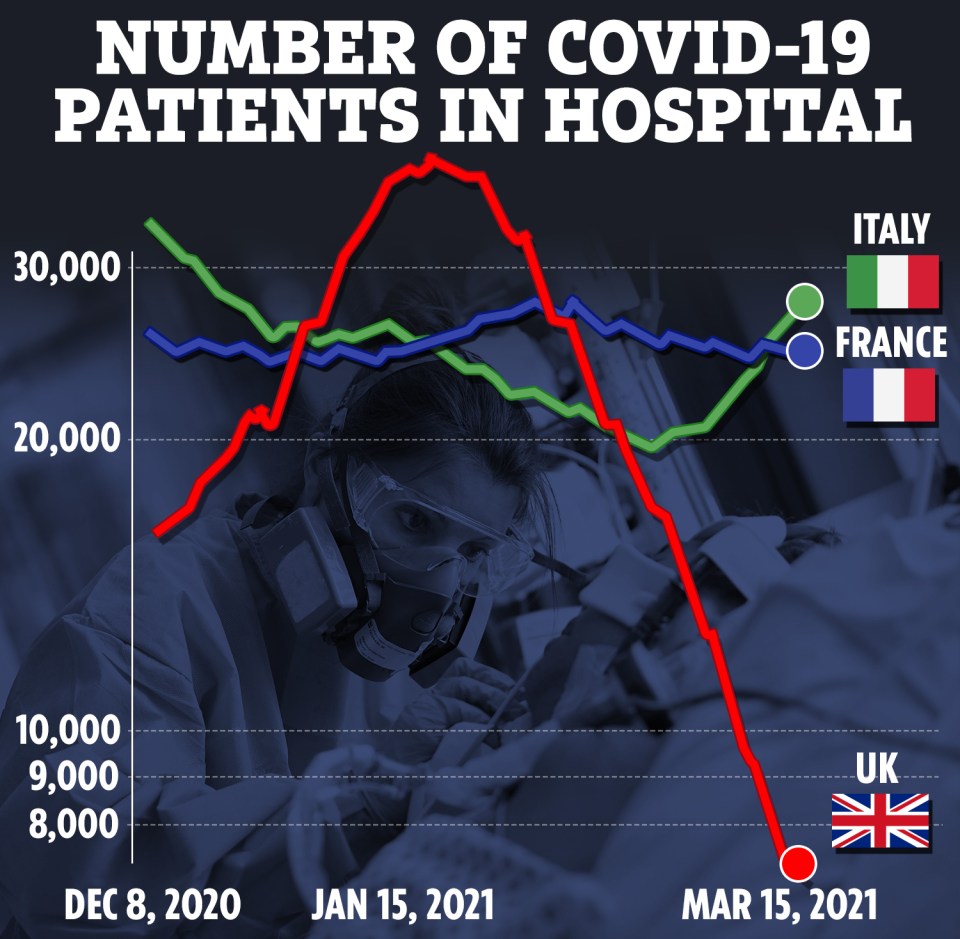 The thick of it

THE mind boggles at the stupidity of the anarchist rioters who made Priti Patel’s case for her by targeting police in Bristol.

The Home Secretary’s protests Bill is imprecise and imperfect, but she is right to crack down on those involving thuggish disruption to lives and businesses. The public is sick of them.

Imagine, though, thinking wounding 21 cops, torching their vans, wrecking NHS staff’s cars and smashing up a nick was a persuasive counter-argument.

Mind you, let’s not kid ourselves a mob chanting “Kill The Bill” is really critiquing a putative Act of Parliament.

He could equally be describing the Corbynite posers still infesting his party.

Keir Starmer looks doomed while he still has MPs who revel in hard-left violence as excited as toddlers at a birthday party.