BRUSSELS has been blasted for risking a global vaccines war after blocking the shipment of 250,000 AstraZeneca doses to Australia.

Aussie health minister Greg Hunt has demanded the EU Commission reviews its joint decision with Italy to stop the delivery of life-saving jabs.

Eurocrats faced a backlash with jittery Germany warning they’ve opened “Pandora’s box” and given others “carte blanche” to resort to protectionism.

But in signs of deep splits within the bloc France said it’s ready to become the next country to trigger the EU’s export ban.

And in a day of tension No10 accused Brussels boss Ursula von der Leyen of lying over her claims Britain is stopping shipments of vaccines abroad.

Australia’s finance minister Simon Birmingham slammed the EU’s decision to “tear up the rulebook” by blocking the delivery of jabs.

And the German health minister Jens Spahn warned the decision could backfire on Europe in future.

He warned: “In the short term there’s a win. But we have to be careful it doesn’t cause us problems in the medium-term by disrupting supply chains.”

Bernd Lange, chairman of the EU Parliament trade committee, warned eurocrats have given other nations “carte blanche” to block shipments to Europe.

“We are on a dangerously slippery slope, hope we don’t crash.”

It came as No 10 reacted with fury to European suggestions that the UK is operating a similar export ban. 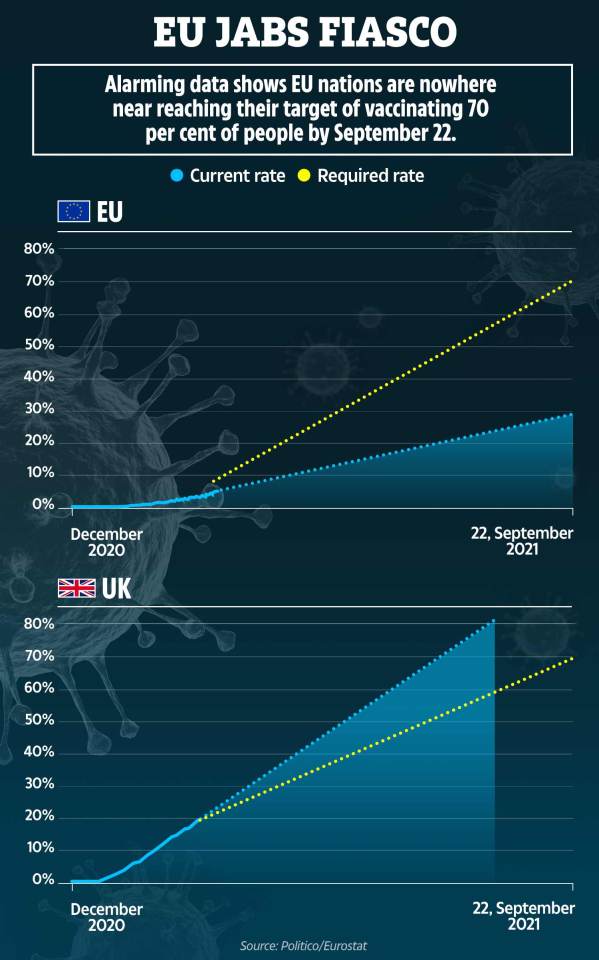 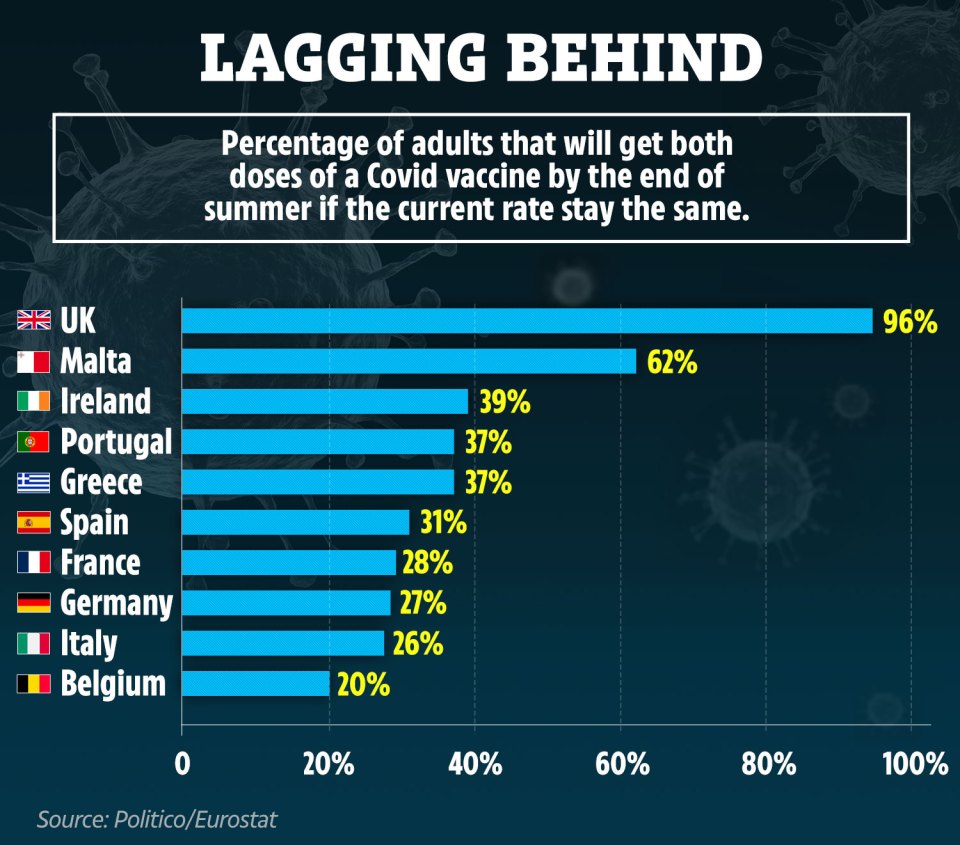 Brexit Britain must look to new frontiers - from India, Australia and even space

VAXX TO THE FUTURE

A UK Government spokeswoman said: “References to a UK export ban on vaccines are completely false.

“The UK government has not blocked the export of a single Covid vaccine.

“This pandemic is a global challenge and international collaboration on vaccine development continues to be an integral part of our response.”