BRUSSELS was tonight of peddling lies about Britain with claims we’re blocking the export of life-saving Covid-19 vaccines.

EU Council chief Charles Michel was slapped down by No 10 as another major cross-Channel row threatened to erupt over the jabs rollout.

He made the remarks in a desperate attempt to deflect from global fury at eurocrats’ decision to block a shipment of jabs to Australia.

In a blog post attempting to justify the move the top official claimed Europe is only acting in the same way as Britain and the US.

He wrote “I am shocked when I hear the accusations of vaccine nationalism against the EU.

Commission boss Ursula von der Leyen has also made the same claim. The US has a ban in place, but Britain doesn’t.

Their remarks sparked astonishment and fury in Whitehall and were dismissed as untrue.

A Government spokesman said: “The UK has not blocked the export of a single COVID-19 vaccine.

“Any references to a UK export ban or any restrictions on vaccines are completely false.

“This pandemic is a global challenge and international collaboration on vaccine development continues to be an integral part of our response.”

In late January the EU announced an export ban on vaccines and their ingredients as part of its ongoing battle with AstraZeneca.

Under the “transparency” scheme all pharma companies have to alert national authorities when they want to send shipments outside of Europe.

EU capitals then consult the Commission, and between them the pair can choose to step in and block any delivery.

Last week the ban was used for the first time when Italy stopped an order of 250,000 AZ jabs to Australia.

The move sparked fury in Canberra, which is now building an international coalition to pressure the EU into dropping the policy entirely.

Canada, Japan, Norway, and New Zealand are all on board.

Brussels has accused the Anglo-Swedish firm of failing to fulfil its contract and suspects it’s shipping doses that should be used in Europe abroad.

AZ has cut planned first-quarter deliveries from 90m to 40m and told Brussels second-quarter supplies will also be halved.

The UK does have some restrictions on the export of Covid-related medicines, but British officials insist they’re less burdensome.

Unlike the EU’s ban they don’t apply to manufacturers or impose any extra red tape on them, and they don’t target specific countries. 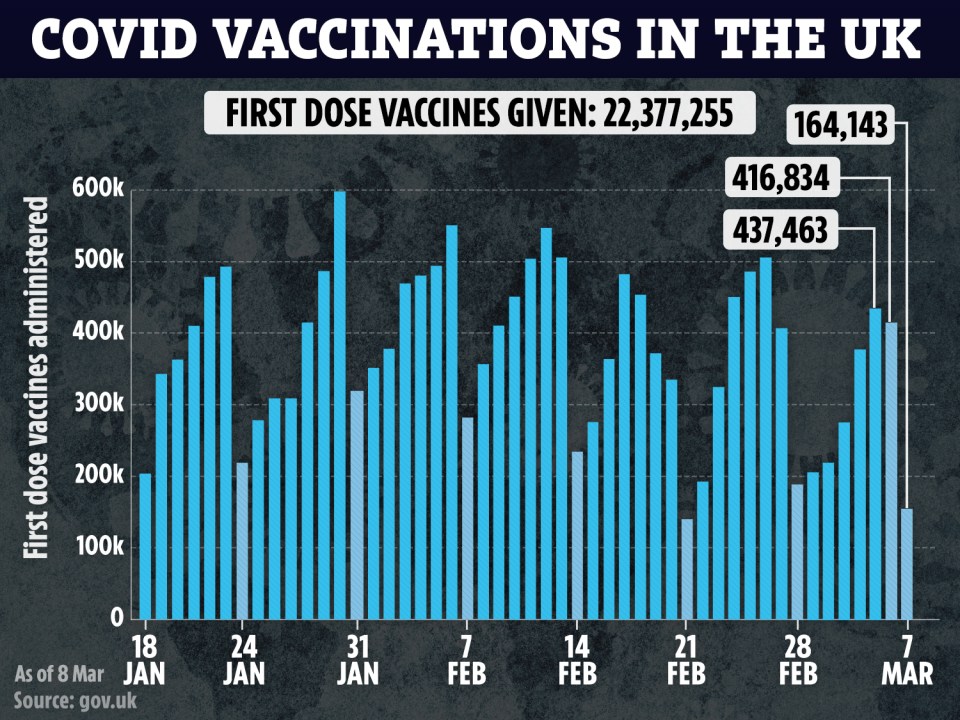 Universal Credit boost of £20 a week may be extended AGAIN, minister hints

Don't mix with other parents outside school gates, minister warns

Britain has also experienced supply issues with AZ and only expects to receive a third of the doses hoped for by the end of this month.

The UK put considerable funding into the development of the firm’s vaccine, including facilitating its tie-up with Oxford.