BRITAIN could reportedly vaccinate all adults by early June – beating the EU by two months.

The government is set to smash its target of immunising the entire adult population by the end of July, as the bloc struggles with a third wave of infections and a sluggish jab rollout. 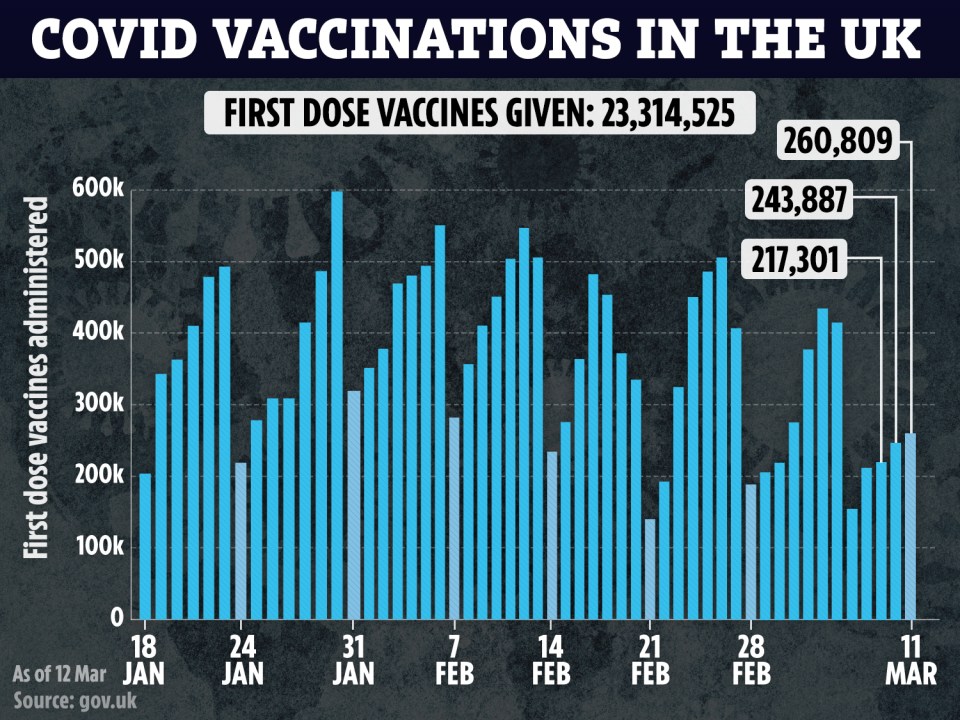 The achievement is forecast to be worth tens of billions of pounds, according to an analysis for The Times.

Research company Airfinity estimates that the EU will reach the same milestone by the end of August, dealing another blow to the bloc’s economic recovery.

Britain chose to opt out of the EU’s vaccine procurement scheme last year, choosing instead to negotiate its own deals with pharmaceutical giants and ramp up domestic manufacturing.

The government also decided to prioritise giving out first doses and delaying the second shot by up to twelve weeks.

While the move sparked controversy among health experts, it has since been vindicated with hospitalisations and cases falling dramatically in recent weeks as a result of the jab.

The Times’ forecast is dependent on an increase in vaccine supplies, though the UK will soon receive its first batch of jabs from Moderna, Janssen and Novavax. All three are over 80 per cent effective at preventing hospitalisation.

And a “bumper boost” to jab supplies next week could see the rollout scaled up even further, according to the Daily Telegraph.

All Brits aged over 40 will be offered at least their first dose by Easter, senior government sources told the paper. 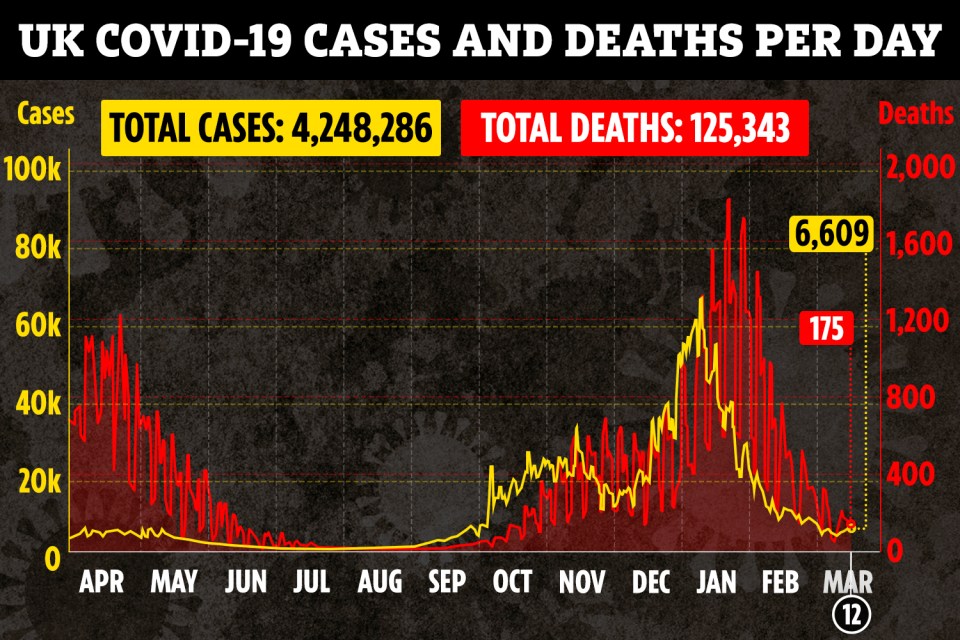 Meanwhile, the EU has seen its jab rollout hampered by production delays, political infighting and growing public skepticism over the efficacy of the Oxford/Astrazeneca vaccine.

EU leaders were criticised last month for spreading baseless claims about the Oxford jab, with French President Emanuel Macron claiming it was “quasi-ineffective” in over-65s – contrary to official Astrazeneca data.

Mr Macron’s rhetoric has sparked a wave of anti-vax sentiment in France, with a poll finding around half of all adults in the country would refuse the jab.

Elsewhere, Germany has seen its rollout bogged down by bureaucracy – with vulnerable members of the population struggling to book appointments.

More than 3 million of the most at-risk Germans – the over-80s, frontline health workers and those with existing conditions – have not yet received their first dose.

It comes despite Germany acquiring significant batches of Astrazeneca jabs, though the country has used just 60 per cent of its vaccine stocks so far.

Cop charged with Sarah's murder & kidnap after body confirmed as her

Figures released this week also showed the EU had exported 25 million vaccine doses last month – more than it had administered in the time period.

Last week, Italy used an export-control mechanism to prevent a shipment of vaccines being sent to Australia – a move that has since been criticised as protectionist.

Boris Johnson on Wednesday slammed false claims that Britain had blocked vaccine exports to the EU, insisting that the UK would never be drawn into “vaccine nationalism”.