Wembley Stadium to hold 90,000 fans for Euros final under plans to use the NHS app to show who is vaccinated

WEMBLEY Stadium will be packed with 90,000 fans for the Euros final under plans to use the NHS app to show who is vaccinated.

Ministers want to fill the home of football on July 11 to show off Brexit Britain’s storming jab-driven recovery.

Hundreds of thousands of Brits could also be set to enjoy a great summer of sport and live music with the Wimbledon tournament, cricket Tests and the Leeds and Reading Festivals saved.

Ministers are hopeful of packing out stadia and live venues later this year using the NHS app to prove people have been jabbed or tested negative for Covid.

On the back of the policy shift toward vaccine passports, The Sun has learnt that Sport Minister Oliver Dowden and his team are working on secret tech plans to add them to the app.

And the jewel in the crown would be a full house at Wembley for the final of the delayed Euro 2020 tournament in July.

Boris Johnson said yesterday he was “very optimistic” all restrictions would be lifted by June 21 and threw his weight behind vaccine passports being used at home as well as abroad.

He said “none of this would have been possible” without the NHS jab rollout and hinted it had opened “immense possibilities”.

Tennis fans will be watching closely to see if they can get to watch live matches at Wimbledon, which starts on June 28.

England play India in cricket Tests in August and Reading and Leeds festivals are also scheduled for the end of the month. 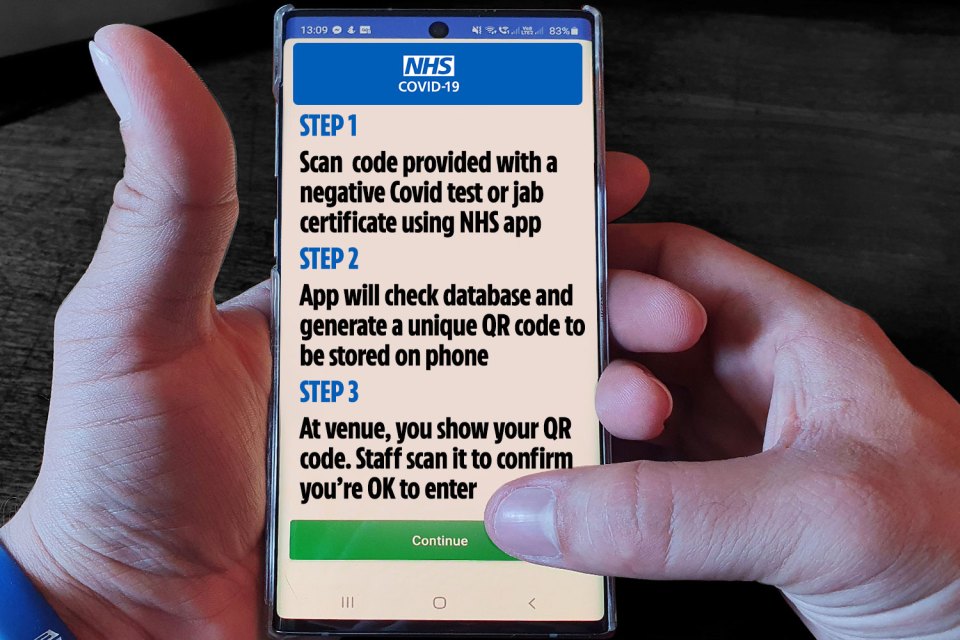 Oliver Dowden’s officials at the Department of Culture, Media and Sport are drawing up plans for mass events[/caption] Tennis fans could watch live matches at Wimbledon[/caption] Leeds and Reading festivals could also be saved[/caption]

The Sun understands a vaccine passport function could be added to the existing NHS Covid app, which has already been downloaded 20 million times by Brits.

A source said: “There are people actively working on adding it as a function. It would be the easiest thing to do as so many people already have it.

“The app’s been seen as a bad thing — that you might get pinged — but this usage would definitely be for good.”

Ministers want to show off to the world how our vaccination drive has been a huge success.

Department of Culture, Media and Sport officials are drawing up plans for mass events, one of the reviews announced by Mr Johnson on Monday.

It will include building on the work already done at pilot events last summer and analysis of fans attending Covid-compliant football grounds and audiences in virus safe theatres last year.

The app’s been seen as a bad thing — that you might get pinged — but this usage would definitely be for good.

They will also examine how mass testing can be used to control the spread of the virus when several thousand people head to an event — alongside the possible use of vaccine certificates.

Officials will also look at the vaccinated fan thresholds — allowing them to potentially declare a venue safe if a certain percentage of the crowd has been jabbed.

Fans will also be encouraged to drive, walk or cycle to venues, rather than use public transport.

Festivals or non-seated events will be harder to get the green light for but officials say they hope to restart them.

The news comes as Mr Johnson faced mounting pressure to speed up his plans, with even one of his gloomiest experts saying he could go faster.

In a break from his usual naysaying, lockdown architect Professor Neil Ferguson broke cover to declare: “If we’re in a best case scenario where vaccine effectiveness is greater than estimates . . . there’s always the potential of accelerating rate of relaxation.”

No10 is resisting any notion of going faster.

But the Imperial College professor’s comments delighted Tory MPs who are eyeing up weeks of Parliamentary warfare to quicken the process of releasing us from lockdown.

Instead, Mr Johnson revealed he had asked senior minister Michael Gove to lead a review into what he called the “deep and complex issues” surrounding Covid status certificates in a bid to save summer.

Combining the jab with testing was understood to be one option being considered by ministers to avoid discriminating against those who decline the vaccination for health, or other, reasons.

THE Grand National should be bumped back by a week so that punters can have a flutter in a betting shop.

The Betting and Gaming Council wants authorities to delay the race from April 10, which is two days before bookies are due to reopen.

About £125million is staked on the Aintree spectacular, which was cancelled last year, with many people making their only bet of the year.

Michael Dugher, chief exec of the BGC, said: “This would also provide a much-needed and timely boost for racing and the high street after such a torrid year for both.”

The Jockey Club, which runs Aintree, declined to comment.

Speaking on a visit to South London, Mr Johnson acknowledged that “fervent libertarians” would hate the idea of a vaccine passport but said others would “think there’s a case for it”.

But he warned: “We can’t be discriminatory against people who for whatever reason can’t have the vaccine.”

He added that Mr Gove, the Chancellor of the Duchy of Lancaster, would lead a review, “getting the best scientific, moral, philosophical, ethical viewpoints on it and will work out a way forward”. 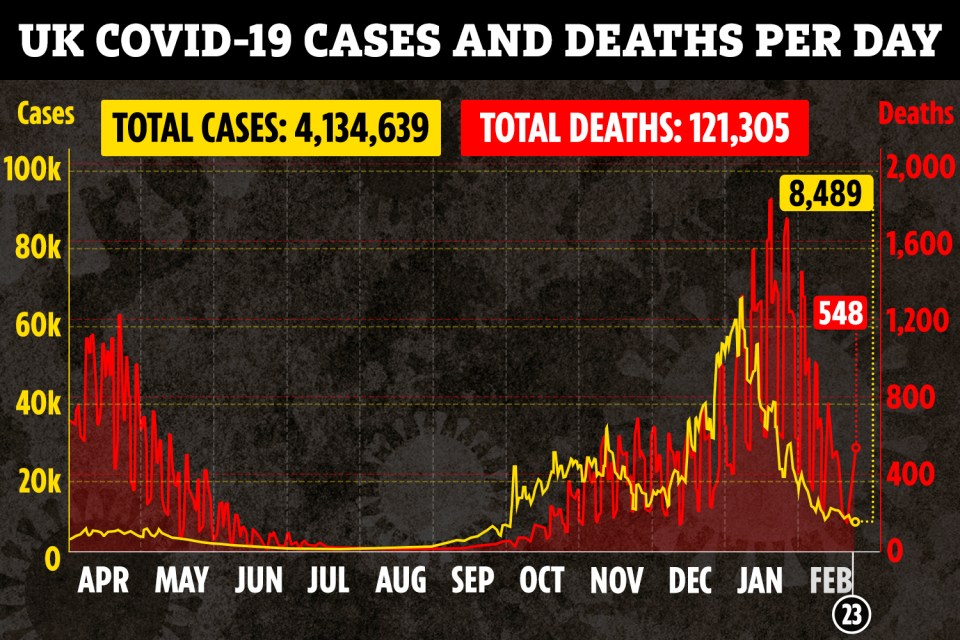