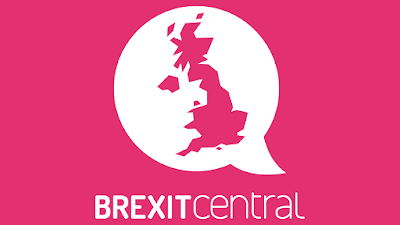 Here is the latest in our series reflecting on the Brexit process with regular BrexitCentral authors and and others who have played an important role in our journey out of the European Union. Here are the answers to our questions from Shanker Singham, who is Director of the International Trade and Competition Unit at the Institute of Economic Affairs and has written regularly about trade for BrexitCentral.

BC: When did you first come to the view that the UK would be better off out of the EU? Did you ever think that the EU could be reformed from within to make membership tolerable for the UK? Tell us how your views developed over time on the issue.

My career began as a lawyer in the UK working on intellectual property, competition and trade regulatory matters almost thirty years ago now. During that time, my views on the EU have evolved. Initially, I thought EU accession was good for acceding member states. Even the UK in the 1970s was benefited by having to accept the rules of the Treaty of Rome, especially those in the area of competition policy, given that it was a highly nationalised economy at the time, badly in need of reform. Similarly, I worked on the early accessions of Poland and Hungary (the so-called Europe Agreements of the early 1990s), and I could see clearly that accession did lead to significant reform.

However, in recent years, and in particular in my time as a trade advisor in the US (including as a cleared advisor to the US government), I began to detect three very disturbing trends in the EU. The first was a move away from pro-competitive regulation to increasingly anti-competitive and prescriptive regulation that damaged market competition and stalled growth.

Second, the move to qualified majority voting after the Nice Treaty, and even more so after Lisbon, meant that member states like the UK which did believe in pro-competitive regulation started to lose votes – and more importantly began to pull its punches in the regulatory promulgation process, knowing it would lose votes ultimately. This led to an increasingly anti-democratic situation where member states were losing real control over their own systems and regulation had become less about a collective and shared view of member states, and more about whatever Commission technocrats thought it should be.

Thirdly, it was becoming increasingly clear the Commission knew that its regulatory approach was threatening its own competitiveness and that instead of reforming from within, it increasingly sought to ensure that the rest of the world was subject to its regulatory constraints. This would ultimately lead to a net reduction in global economic output and millions pushed into poverty. As a classical liberal, this is the opposite of the policy positions I have advocated for the last 28 years. It became increasingly untenable to support the UK’s continuing commitment to this. Similarly, while I had long shared the foreign policy establishment’s view that the role of the UK was to improve the EU, I no longer believed the UK was capable of fulfilling that role. I firmly believe that we will be better Europeans outside the EU than within it.

BC: What was your most memorable moment during the referendum campaign?

Notwithstanding the above, I actually supported Remain during the referendum. I even wrote an op-ed, entitled “A Brexiteer reluctantly in favour of Remain”. I supported Remain largely because I thought that the negotiations that would accompany the UK leaving the EU would be fiendishly complex and I doubted whether this was the right time to impose such a shock on a fragile global economy. I was wrong. If we had waited any longer, we would have become so enmeshed in the EU’s system, that it truly would have been impossible to escape. We had reached an unfrozen moment, where the global economy could be reset by the emergence of a major G7 nation embracing independent trade and regulatory policy for the first time in forty years.

I was at the Legatum Institute at the time, and despite my unwillingness to get involved in a campaign that I felt certain would lose, I did host an event on Brexit in the May. Steve Baker did a fine job responding to the double-barrelled attack from Anne Applebaum and Gideon Rachman. I think the most memorable line from that debate was Gideon Rachman likening the EU to a burning house, but then seeking to justify why the UK should remain in the burning house.

BC: Did you think then that it would take as long as it has for Brexit to actually happen?

I have not changed my view that this would be a difficult process. In trade policy terms alone, this is the single biggest event of my lifetime and probably since the foundation of the GATT system after the Second World War. We should expect it to be difficult. Whereas my initial thought after the referendum was to ask how best could I deploy my trade policy knowledge forged over twenty plus years mostly in the US, I have to confess surprise that many of my erstwhile friends and colleagues took the view that the best way they could deploy their expertise was to lobby to reverse the democratic decision of the British people, and to subvert and weaken the UK’s negotiating position vis-à-vis Europe. It was a chastening and rather sad discovery.

BC: Were there any moments in these last few years since the referendum when you thought the prize could yet be snatched from us?

Many times. Largely because of the extraordinary operation being conducted at all levels of UK society to reverse the result. I had underestimated the strength of these forces and I would warn that these forces have not gone away. Their new target will be to do everything in their power to lock the UK into the EU regulatory system.  Eternal vigilance is the price of freedom. But I am reassured that the PM himself has said that to lock ourselves into the EU’s regulatory system would render Brexit illogical, and that it would be better to remain if that is what we chose to do.

BC: Do you think the British electoral landscape will return to type once Brexit has been delivered? Or will Brexit have caused a lasting change to the political map of Britain?

I think the Brexit process will lead people to ask some fundamental questions about what sort of country the UK wants to be. Is there a third way, as Tony Blair suggested, or is that a myth as Ludwig Von Mises said in his book, Human Action (essentially saying that any “social democrat” market interventions lead only to a hampered market economy, not a third way, or a socialist market economy, or even a market economy with Chinese characteristics as the Chinese government is fond of saying)? Do we want to be a country where human needs are met through voluntary exchange unimpeded by government intervention and that is the organising economic principle? Or do we want some other principle? Will we be a force for liberalisation and competitive markets in the world or will we become a mini version of the EU? Our trading partners are urgently waiting for answers to these questions.

There is, in my view, a legitimate debate between an open and competitive market vision of the UK and Tony Blair’s social market economy vision. I happen to think Blair is wrong on this, but the debate is productive and worth having. However, I think the recent embracing of full-blown socialism by the Labour Party today deprives the country of that sensible debate and instead presents it with a debate that has already been decided – and is not productive. I think that will probably change, but it will take time for the Labour Party to shed its present approach, as it did once before in the 1980s and 1990s. I suspect it will probably take that long for it to come out of the wilderness again. I expect Boris Johnson will be PM for a long time.

BC: What changes do you want/hope to see made now that the UK has taken back control? Can you summarise your vision for Brexit Britain?

I have suggested what I think the UK should do in Phase 2 in a number of places, including in articles on BrexitCentral! But the best places to look are our UK-EU FTA proposal, Plan A Plus, which I did with the IEA, and other pieces which you can find on my website. In short, we need to become a country that embraces pro-competitive regulation at home; negotiates liberalising agreements with the US, EU, Australia, New Zealand and Japan; accedes to liberalising platform agreements such as CPTPP; and organises its trade policy so as to maximise regulatory recognition, adequacy and equivalence, as opposed to the export of anti-competitive regulation around the world in exchange for market access à la EU and China.

On foreign policy and defence and security policy, we need to be a sovereign nation operating in our own interests, but we also need to recognise that there is already a community of shared interests with countries like the US, Australia, New Zealand and Canada, as well as many in the wider Commonwealth. We must do nothing to damage our involvement in those soft networks (and harder ones like the Five Eyes on security and intelligence cooperation).