FOR generations the soot-dusted two up, two downs of working-class Bishop Auckland have been a Labour Party impregnable fortress.

The chances of this former coal mining town backing an Old Etonian Tory as Prime Minister once seemed as remote as Boris Johnson playing No 9 for nearby Newcastle United. 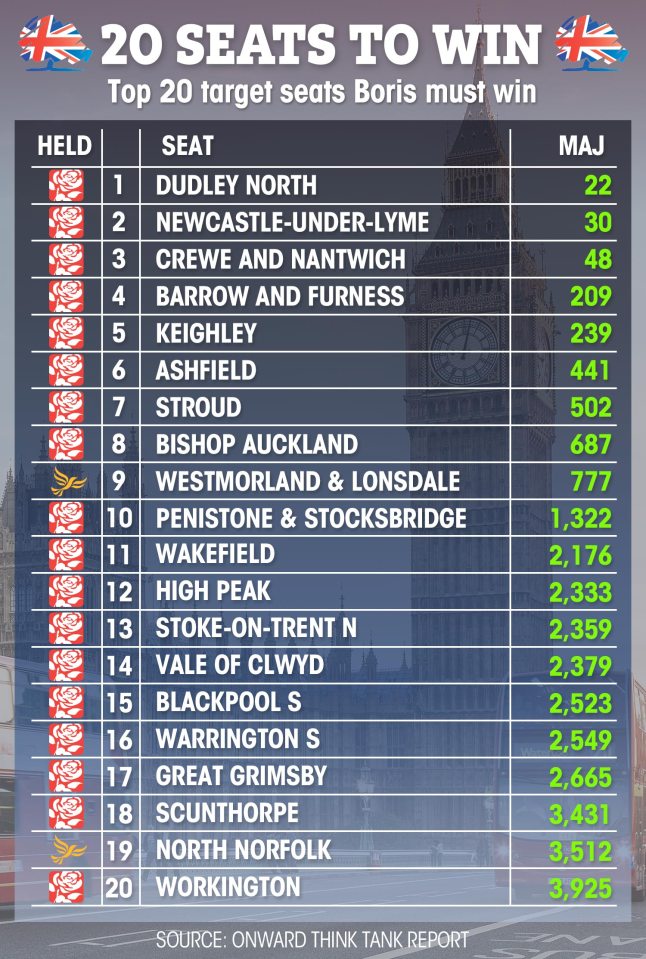 It has never elected a Conservative MP, yet this Brexiteer stronghold may now be ready to turn a Tory shade of blue. It would be a crucial conversion.

Indeed, many believe if the Tories do not win Bishop Auckland — on the River Wear just over 30 miles west of Middlesbrough — then it’s likely they do not win at all. Sitting Labour MP Helen Goodman, 61, who voted Remain, has a waif-like 502 majority and faces formidable opposition from a candidate less than half her age. With a Harry Potter tattoo and a working-class Sheffield upbringing, Dehenna Davison, who calls herself Dehenna #GetBrexitDone Davison on Twitter, is perhaps as traditionally Tory as the seat she wants to represent.

“I certainly wasn’t born with a silver spoon in my mouth as people often think we Tories are,” the stone mason’s daughter tells me in a broad South Yorkshire accent.

Just 26, she says this Brexit bastion — almost 61 per cent Leave — will swing blue to deliver on the referendum result. “We need to crack on with it, we need to deliver on democracy,” she says in a tea shop in the town of 25,000’s pretty central square.

“For a lot of people their Leave vote was their first ever vote, so for a Government or Parliament to say, ‘We’re not that fussed’, is incredibly disrespectful. It’s treating them with contempt actually.”

HOW RED WALL COULD FALL

Bishop Auckland is one of a swathe of 50 mainly Brexit-voting Labour seats across the Midlands and North — labelled the Red Wall by pollsters — targeted by Mr Johnson.

The Tories plan to sprinkle some stardust here soon by sending First Girlfriend Carrie Symonds to campaign alongside Ms Davison.

Ms Davison, who sports a Harry Potter tattoo, is as traditionally Tory as the seat she hopes to represent[/caption] 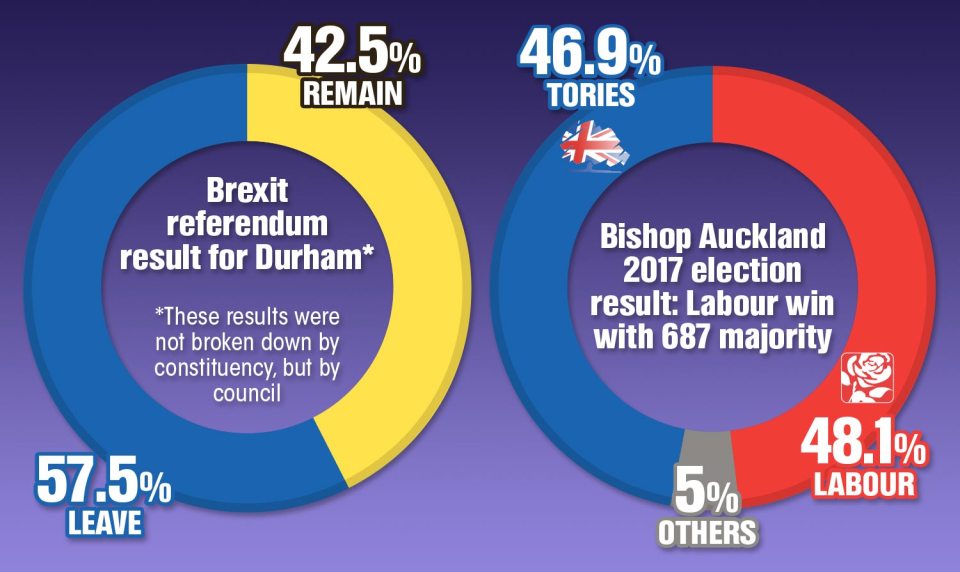 Born in 1994, Ms Davison was 13 when her self-employed father, Dominic, was killed by a single punch in a pub. The inking on her forearm — one of four tattoos — shows an image of her terrier cross Carter above the words Expecto Patronum which is a protective spell from the Harry Potter series.

She says it helps “summon an inner energy and inner light to get you through hard times”. The single child whose mum was a nursery nurse reveals: “After what happened to dad I wanted to do some kind of job that made a difference.

“The party that spoke to my family values — hard work, stand on your own two feet, wanting to get on in life and make things better for your children — was the Tories.”

So can an Old Etonian really attract the votes of former mining families? Tory Ms Davison insists: “People on the doorsteps like Boris. They respect him, they see that he’s trying to get Brexit done.”

CORBYN ‘LOATHED’ IN THE NORTH

She also says patriotic Labour voters here are switching to Tories because they loath Jeremy Corbyn.

Evidence of that was not hard to find when I took a stroll round the town at the weekend.
Lifelong Labour voter Nicola Atkinson, whose family have run the fruit and veg stall in the town’s Market Place for the past 40 years, is one who is switching.

Nicola, 46, said: “Boris Johnson is the man to get Brexit done.

“There is no choice but to vote Conservative, especially when Labour are making all these promises about extra spending when we all know there’s no money.”

Shopping for bargains in the local Poundland store, bus driver David Kitching, 64, said: “I have voted Labour all my life but with Corbyn in charge I’m going to vote Tory this time. I want to be out of Europe and on that basis the Tories are the best party.

“Towns all over the North East need help. All the shops are struggling, the high streets are dying, town centres are on their knees. We need a government to sort that out.”

And mum-of-two hairdresser Juliet Metcalfe, 52, who has run her Barber’s Studio shop in the town centre for 20 years said: “I have always voted Labour, but not this time, I’ll be voting Tory.”

But club steward Malcolm Bannister, 72, who pulls pints at Cockton Hill Working Men’s Club is sticking with Labour: “Corbyn’s a bad leader, but I can’t change my affiliation to Labour. The Tories look after people in the South, not us up here.”

Bishop Auckland town centre is dotted with “to let” signs. At one end of Newgate Street, the main shopping area, six of the seven shops on one side of the road are boarded up or empty. The only one occupied is the Scope charity shop.

Many of the town’s once thriving bars appear shut for good.

Hollywood legend Stan Laurel used to live in the town as a boy and a statue of him stands in the town centre. And I’m a Celebrity winner Scarlett Moffatt recently had her Bishop Auckland family’s semi rebuilt in Namibia for Channel 4’s The British Tribe Next Door.

The Bishop Auckland constituency is 300 square miles and contains 40 villages. The constituents are not all town or even village dwellers — there are 400 hill farmers.

Window cleaner Wayne Knight, 41, was a Ukip voter, but now thinks the Tories are his best option.

He says: “Our Labour MP seems to do nothing for Bishop Auckland. She wanted to remain in Europe, we wanted to leave, surely it’s her job to represent us?”

Labour’s Helen Goodman first won the seat in 2005 with a 10,047 majority that has been whittled down to a few hundred votes.

most read in politics

She tells The Sun it would be a “tragedy” if the Tories took the seat: “When I was elected in 2005 there were no foodbanks. Now there are seven just in this constituency.

“That tells you about the impact of Tory cuts on this area. Locals here need real change — a Tory MP won’t bring them any change.”

But the desire for a swift Brexit, rather than Harry Potter magic, may be enough to tear down this section of the Red Wall.